BACHELOR OF ARTS IN ACCOUNTING, 1976 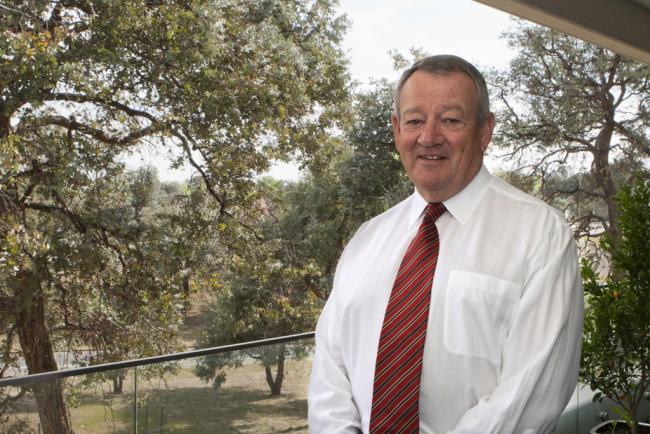 Ted Quinlan came to Canberra from Melbourne in 1963 to pursue his AFL career. Having left school at the age of 15, Ted had received minimal formal education, so enrolled at Canberra Technical College and obtained a Certificate in Commerce. He then enrolled in an accounting degree at the CCAE. In 1976 Ted received the Australian Society of Accountants' award as that year's outstanding graduate and later became a part-time tutor in Accounting.

Ted later joined the ACT Electricity Authority where he rose through the ranks. In 1987 he was given carriage of the establishment of Actew (ACT Electricity and Water) and spent a number of years as Actew's deputy CEO , then CEO for 18 months. In 1991 Ted was named Australia's Public Sector Accountant of the Year by The Accountant magazine. In 1998 Ted contested and won the seat of Molonglo in the ACT Legislative Assembly. When the ALP won the 2001 election, Ted became Deputy Chief Minister, Treasurer, Minister for Economic Development and Minister for Sport. As Minister For Economic Development, he developed a philosophy for promoting Canberra as the "smart city", and issued an "Economic White Paper", a blueprint for Canberra's economic future.

Ted was instrumental in the development of Stromlo Forest Park, the ACT Academy of Sport, the ACT Hockey Centre, the Tennis Centre, Manuka Oval and Canberra Stadium. Ted also co-chaired the Task Force that brought the 2008 Olympic Torch Relay to Canberra.In 2010 Ted was awarded the Medal of the Order of Australia (AM), for his services to community and his leadership.