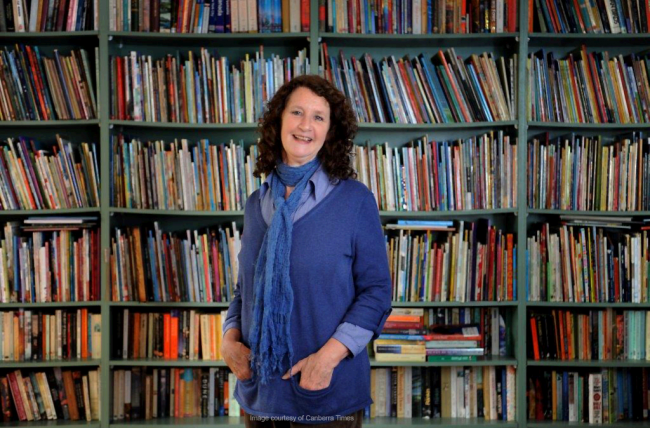 Dr Stephanie Owen Reeder is an award-winning author, illustrator, editor and book reviewer who has been involved with the University since its early days when it was known as the Canberra College of Advanced Education. Her first children's book, The Flaming Witch, published by Random House, was originally written as an assignment for the University's Graduate Diploma in Librarianship.

"It's a total delight to be working in an area I love so much," says Stephanie, whose love of books has led to her own work being recognised. Her historical creative non-fiction book Amazing Grace won the Young People's History Prize in the NSW Premier's History Awards 2012, and she has had other titles shortlisted nationally in the Children's Book Council of Australia's Book of the Year Awards 2010 and internationally in the IBBY Outstanding Books for Young People 2011.

Stephanie, who had previously worked as a secondary school teacher in Sydney, began her career in Canberra as a librarian at the National Library of Australia, after completing her Graduate Diploma in 1980 and a Master's Degree in 1983. She then became a Hansard Editor at Federal Parliament, a position she held for nearly 25 years.

"Everything you do leads to something else bigger and better, so never stop pursuing your dreams," she says. Since retiring from Hansard in 2006, Stephanie has published many titles, including six children's books and two non-fiction adult books. She has a new picture book coming out in August, and she is currently writing the third book in her award-winning "Heritage Heroes" series, which will be released in 2014––and, as Stephanie says, "there are many more manuscripts waiting in the wings!"