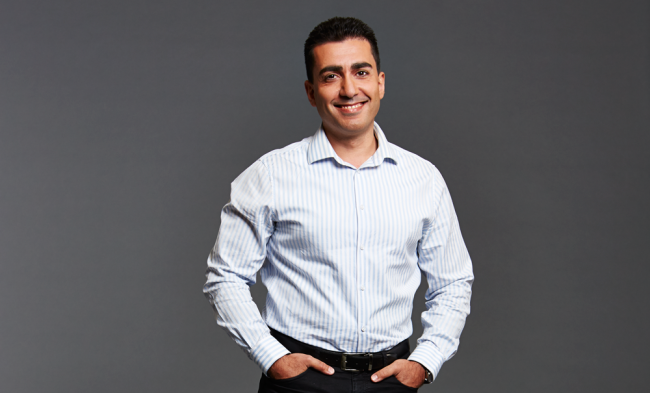 Sleiman graduated from a Master of Clinical Psychology in 2013, writing his thesis on a subject very close to him, Post Traumatic Growth. He is currently a Psychologist at the Canberra hospital and also in private practise and is an Officer in the Army Reserves having previously worked for the Department of Defence in an executive role.

In what Sleiman describes as a 'long story', his journey towards studying at UC started when he migrated to Australia from Lebanon at age 13 to escape the Lebanese Civil War. "We were lucky that my family were able to come to Australia," he says. After migrating to Australia, life still had challenges for Sleiman. "I went through depression while struggling to fit into the Australian culture and trying to form new friendships, and I needed to find my purpose. I became a chef, a personal trainer and even flew planes to try and find my calling," he recalls. "The most important point to overcoming adversity I think is having the psychological flexibility to make meaning from it. Be mindful of and open to change, follow your values, and if necessary change any longstanding non-adaptive beliefs to ones that will be productive for your life."

Sleiman switched to studying psychology from aviation, completing his undergraduate degree and moving to Canberra to work in the public service. Until recently, Sleiman worked in the Department of Defence, after enlisting in the Army in 1998.

Juggling an executive position in the Department of Defence, his Army role and his University studies were difficult at times, but he had a supportive commander who enabled him to take three months off to write his thesis. All these life experiences assist him as a clinical and coaching psychologist. "Psychology to me is not just about taking people from minus 10 to zero and helping them recover from conditions like depression and anxiety. I want to then see someone go from zero to plus 10 and help them tap into their true potential and flourish in life." Sleiman was chosen to be the student speaker at his graduation ceremony and hopes he inspired his fellow graduates on the day.

Sleiman has started his own consulting business, Holistic Psychology, specialising in clinical psychology, performance psychology and leadership development. "My master's degree from UC not only provided me with the accreditations to practise clinical psychology, including assessment and treatment, but it also provided me with the expertise and evidence-based methods that I can use with my clients to bring out their true potential."