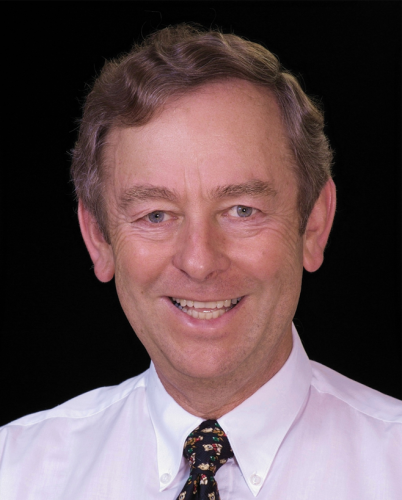 Robin began his UC experience with his Graduate Diploma in Computing Studies in 1974, after completing an Arts degree in Philosophy and Computing at Adelaide University. "Those were good days!" he fondly recollects his time on the Bruce campus. "Many of the friendships form have endured now for some 40 years".

Since graduating, Robin has had many satisfying chapters in his career including running his own businesses in the fields of software design and development. Most notably, from 1996 Robin led the establishment of TransACT, Canberra's own telecommunications company. At the time TransACT was Australia's most advanced broadband network, with Robin in the role of Chief Architect during the network rollout from 2000-2003. As a result of the hard work, determination and creative thinking from Robin and his project team, a large part of Canberra was equipped with advanced high-speed fibre-to-kerb network technology. Additionally, the business model Robin introduced for TransACT was ahead of its time and pioneered open network communication principles that have since become widely adopted across the industry. More than a decade later, the National Broadband Network initiative was created to reflect similar principles on a national scale.

Following his success with the establishment of TransACT, Robin continued to be a leader in the fields of network communications and broadband infrastructure. From 2012-2013 he served as President of SmartGrid Australia, an organisation tasked with the modernisation of Australia's electricity grid. Additionally, Robin has participated in the Regional Telecommunications Independent Review Committee, reporting to Federal Parliament in 2012, with his efforts contributing to assisting regional Australia to harness the opportunities that can be unlocked by using advanced communication technologies.

Through leadership in his chosen field, Robin also became an Adjunct Professor for the University in 2005, and provides advice and education in the fields of network and communication technologies, telecommunication business models and project management.
"Don't look for what you get out of life," Robin advises graduates. "Instead look to what you can contribute and the rest will follow."

In 2001 Robin was presented with a Distinguished Alumni Award for his achievements and leadership in the field of network communications and in 2013 was represented by UC students as part of the University of Canberra's Peoplescape project, further recognising his contributions to the university and telecommunications industry in Australia.

*Fellow of the Institute of Engineers Australia.