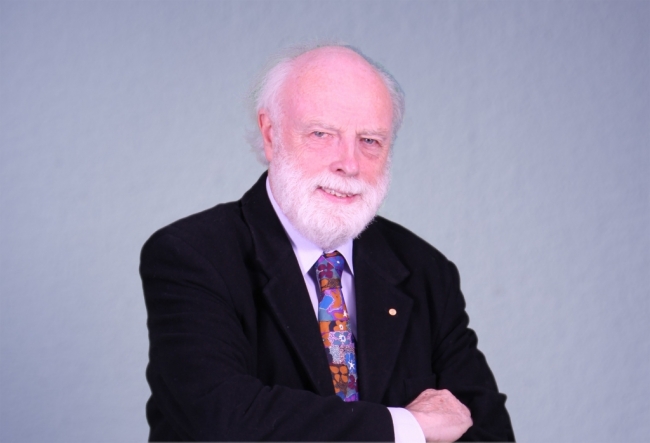 Few people can say that they have dedicated their life to audiovisual work more than Dr Ray Edmondson. As a pioneer of film and sound archiving, Ray has been an international leader in preserving, restoring, interpreting and presenting audiovisual media. His book, Audiovisual Archiving: Philosophy and Principles, is a professional standard for those learning film and sound archiving and has been translated into 10 languages. Ray's career began in 1968 when he joined the National Library of Australia as a film reference librarian. As his experience and influence grew, so too did his opportunities for growth. Ray is a founder of Australia's National Film and Sound Archive (NFSA), established in 1984. The NFSA is Australia's audiovisual archive, responsible for developing, preserving, and maintaining a national collection of audiovisual materials. The collection ranges from works created in the late nineteenth century to those made in the present day. The NFSA houses The Story of the Kelly Gang (1906), the world's first full-length narrative feature film. For Ray's outstanding contributions to audiovisual archiving, he was awarded the Medal of the Order of Australia (OAM) in 1987 and made the NFSA's first Curator Emeritus (2001).

As a writer, teacher and leader, Ray has developed the global profession of audiovisual archiving. In 1996 he was founding president of the South East Asia –Pacific Audiovisual Archive Association (SEAPAVAA), and for the last two decades he has been heavily involved in implementing UNESCO's "Memory of the World" program, including authoring its current Guidelines. Along with his extensive published writings in professional journals, Ray helped establish the world's only distance learning postgraduate Certificate in Audiovisual Archiving, offered by Charles Sturt University (Australia). He teaches at the George Eastman House School of Film Preservation (USA) and the Universidad de Bogota Jorge Tadeo Lozano (Colombia). While technically retired, Ray remains a strong advocate for audiovisual archives.

Through Ray's pioneering approach to archiving, Australia's living culture can forever be studied, evaluated, and appreciated.