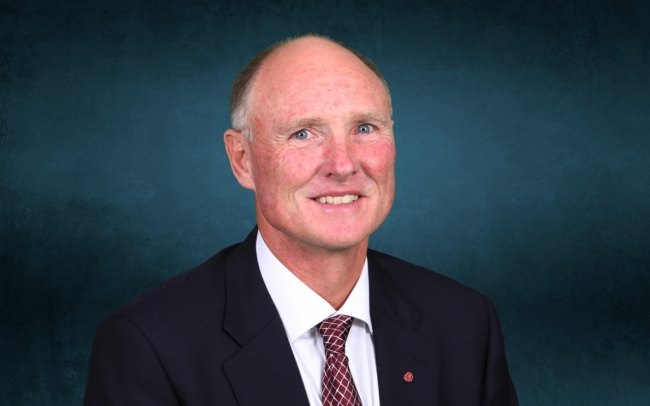 Paul Thompson is a man of many talents and skills, but his proficiency in rowing and coaching are among the best in the world. Paul grew up in Canberra and was an active athlete in the city, playing rugby first, but soon moving on to his true passion – rowing. Over the years, Paul competed in and won numerous rowing competitions until a bicycle accident ended his professional rowing career.

While completing his Bachelor of Applied Science in Health Education degree at UC, Paul was presented with an opportunity that would change his life forever. Recognising Paul's tremendous and inspirational talents, the Australian Institute of Sport's Rowing Program offered Paul to take the lead role of coaching rowing students and developing them into world class athletes.

One of Paul's rowers, Megan Still, was coached by Paul throughout her career. She and her partner, Kate Slatter, won a gold medal in rowing at the 1996 Olympics, making them the first (and only) Australian female rowing crew to win a gold medal at an Olympic Games. This victory took Paul's coaching career to the international spotlight. Since helping secure the gold in his first Olympic Game, Paul has gone on to coach medal-winning teams in every Olympic Games since 1996. He has also coached numerous medal winning and World Champion crews at the World Rowing Championships.

Paul credits his Health Education degree from UC as one of the foundations of his success. UC's Health Education program helped develop his "holistic, methodical and individualised approach and philosophy to coaching," Paul says. Working primarily as a coach for women's rowing, Paul's studies at UC helped form an important insight into the gender and societal issues he would face throughout his career.

In 2013, Paul was appointed a Member of the Order of the British Empire (MBE) for his services to rowing and the London 2012 Olympic and Paralympic Games. His accomplishments were also recognised with a University of Canberra 2013 Distinguished Alumni Award for the Faculty of Health. It's not every day that UC can say we have an MBE among our ranks, and Mr. Paul Thompson's contributions to rowing is a shining example of why we are proud to call him an alumni.