BACHELOR OF ARTS IN COMMUNICATION, 1998 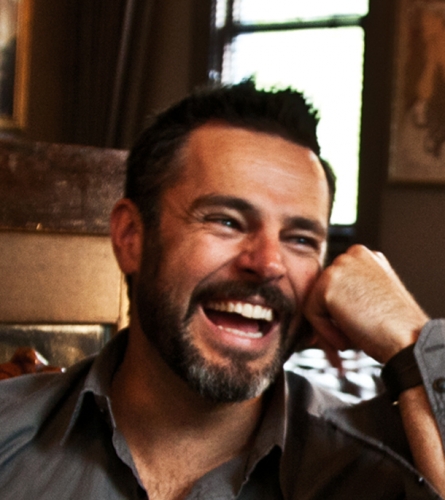 Since graduating from UC with his Bachelor of Arts in Communication, Paul Nagy's career has grown by leaps and bounds. Paul started his career as a writer for several advertising agencies, climbing his way up to becoming the Executive Creative Director of Clemenger BBDO Sydney, one of Australia's premier advertising groups. As ECD, Paul has been integral in producing some of Australia and New Zealand's biggest advertisements and credited with winning some of Clemenger's biggest pitches, securing jobs with Virgin Australia, Tourism Australia, New Zealand Rugby World Cup and the New Zealand's Transport Authority. Paul has been awarded at every prestigious global award show, including multiple Cannes Gold Lion awards, multiple New York Festivals awards, Asian Grand Prix and the Ad News Agency of the Year Award.

One of Paul's colleagues writes, "In my 23-year career in advertising, I have never worked with anyone quite like Paul. Paul's creative eye, his ability to lead, and his strong and thoughtful personality have helped pave the way to where he is now." Paul also credits his UC education as building his foundation, saying that his Communication and Professional Writing Degree "directly contributed to his entry into the industry… and has served him ever since."

Not only has Paul played an essential role in running one of Australia's most iconic ad agencies, his charitable efforts are deeply admirable. As Executive Creative Director of Clemenger, Paul has provided free advertising work for a number of organisations including St. Vincent De Paul and Australian Charity, Legacy.

We at UC are proud to call Paul alumni and his career is what many graduates aspire to. In 2013 Paul's achievements were recognised at the UC Distinguished Alumni Awards.