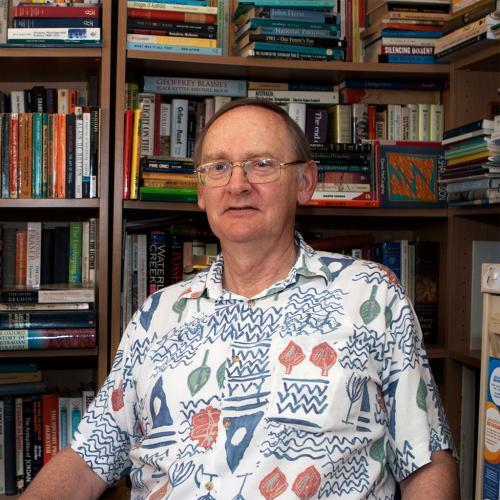 Michael Piggott is a retired archivist who gained his first love of archives from Archives and Manuscripts, an elective unit in the Graduate Diploma of Librarianship at the CCAE in 1971. Michael arrived at the CCAE as a National Library trainee having graduated with a Bachelor of Economics (Honours) from Monash. Later he also gained a Masters degree in archives administration (UNS W) and a graduate Bachelor of Letters (with merit) from the ANU .

Michael has been closely involved with the archives literature profession and sector, having published widely and refereed archival science journals, textbooks and anthologies. Michael is a Laureate of the Australian Society of Archivists, a three time recipient of its Mander Jones Award, a former editor of the journal Archives and Manuscripts and continues to serve on its Editorial Board.

On retirement, Michael was awarded an Australian Prime Minister's Centre fellowship to locate relevant documents on prime ministers in the ANU archives and Noel Butlin Archives Centre. His writing based on Hawke was a finalist in the 2010 ABR Calibre Prize for an Outstanding Essay.