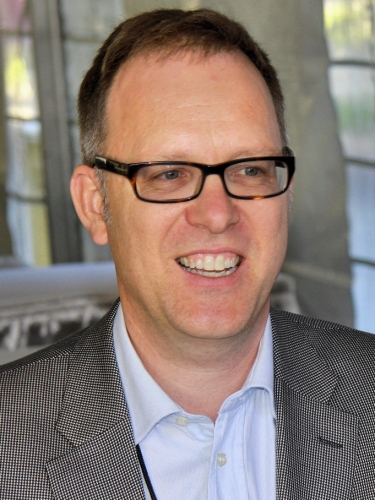 Garth Nix is an award winning author of children's and young adult fantasy and science fiction. With more than 5 million books sold around the world, Garth's work has appeared on the bestseller lists of the New York Times, Publishers Weekly, the Guardian, and The Australian, and his work has been published in nearly 40 different languages.

Garth has written dozens of award-winning young-adult novels, including Sabriel, Lirael and Abhorsen (of The Old Kingdom series), Shade's Children, and the space opera A Confusion of Princes. His children's fantasy novels include The Ragwitch, the six books of The Seventh Tower series, and the Troubletwisters series. In addition to his work as a novelist, Nix has written for the role playing genre, including Dungeons & Dragons and Traveller. He has also written case studies and articles for Computerworld and PCWorld.

Garth has a deep understanding of how his readers become immersed in the worlds he creates. "A fantasy novel should be like an iceberg. The story is the visible ten percent but the reader should feel like there is another ninety per cent under the surface that they can't see. They should feel that the novel is built upon its own unique history, myths and legends; depths that are hinted at and suggested by the author, but never to be fully explored or explained."

Before launching his career as a full-time writer in 2001, Garth had a long history in the literary world. Garth worked as a literary agent, marketing consultant, senior editor for HarperCollins, and part-time in the Australian Army Reserve.

Despite Garth's status as a world renowned author, he still manages to give back to Canberra and his Alma matter. In 2001, he was awarded UC's Distinguished Alumni Award for his outstanding contributions to literature. In 2013, Garth and fellow UC alumni and best-selling author Morris Gleitzman held a joint panel at UC for the Showcase Festival of Australian Children's Literature.