MASTER OF INFORMATION TECHNOLOGY, 2001, BACHELOR OF COMMERCE IN ACCOUNTING, 1997 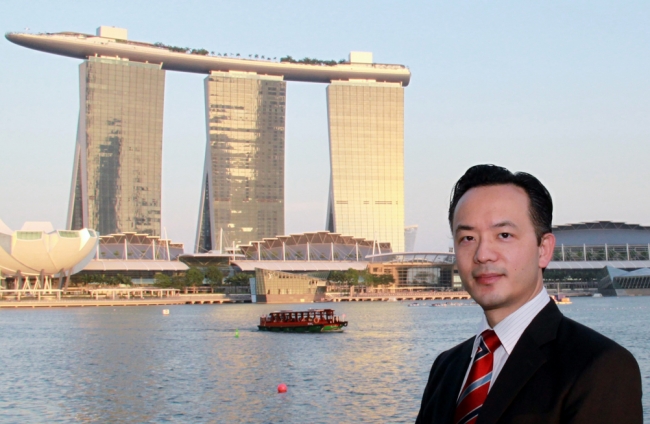 Daryl Pereira is a Partner at KPMG Management Consulting in Singapore. He specialises in IT Risk Management, IT Regulatory Management and Cyber Security, and assists C-Suite Executives with solving complex business/IT process problems in cross-cultural environments across the ASEAN region.

With three diverse degrees under his belt, including his two UC degrees and an MBA from Manchester Business School, financial IT manager Daryl has combined his education and talents to become a leading expert in IT Governance, IT Risk Management and Project Management. This blend of experience and the practical application of his studies at UC positioned him to work at the interface of business and IT in roles requiring a combination of business acumen and technology knowledge.

Embodying the Australian Government's aspirations in Asia, Daryl has spent the last 10 years of his 18-year career working in Singapore, is also fluent in Bahasa Malaysia / Indonesia, and has held various leadership roles in the Investment Banking and Management Consulting sectors.

Before becoming an international IT and finance expert, Daryl grew up in Canberra and lived at home while studying at UC. "In between lectures, I spent a lot of my time in the refectory on campus, and really loved meeting lots of new people from all over the world. This exposure, my multi-disciplinary studies and an interest in organisational behaviour helped me see that complex technical problems could often be solved by understanding both the people and process dimensions of that problem." This background propelled Daryl's career through 3 industries, 3 cities and 2 continents– where he has sharpened his technical expertise by working in complex high-pressure environments and developed deep cultural competency in leading cross-border teams.

In his early career, Daryl worked for 6 years in Canberra with Price Waterhouse and Ernst & Young providing IT Consultancy to multiple departments of the Australian Federal Government. In 2002, he took a leap by changing both industry and city when he moved to Westpac Bank in Sydney, where he re-established and led their IT Audit function.

In 2004, a global career was beckoning, and Daryl relocated with his wife and 4 children to Singapore where he joined Deutsche Bank in their Asia-Pacific Head Office. At Deutsche Bank he was the Regional Head of IT Audit for Asia-Pacific until 2008, before he moved to the IT function to take on a new role as the COO Business Manager (deputy COO) for the Bank's Investment Banking IT division. Here he was responsible for running "IT as a Business", overseeing P&L management, risk & regulatory management, and governing programs & projects for the IT division covering 2800 staff in 18 countries across the Asia Pacific region.

Daryl's 7 years with Deutsche Bank culminated with his promotion to a global role as Head of Program Management Office (PMO) & Program Governance for Global Transaction Banking IT. In this role Daryl supported the Global CIO by providing governance over the €500M global portfolio (€150M annual book of work) of IT programs and 150 project managers across Asia Pacific, UK, Europe and US. Looking to leverage on his combination of investment banking and consultancy experience, Daryl joined KPMG Management Consulting in 2011 to help build up the "IT Risk & Regulatory Management" and "Transformational Projects" practices.

In 2013, Daryl's business acumen and leadership was recognised when he was listed on CPA Australia's Top 40 Young Business Leaders List. Daryl was also awarded the 'CPA President's High Achiever Award' in 2006 for placing 1st in Singapore for the CPA cohort of 2006. Always eager to learn new things, Daryl completed his MBA with Manchester Business School in April 2014. He noted that "My studies at UC have provided a sound base for developing my technical knowledge and leadership skills that I draw upon even today after 18 years of work. But to be professionally relevant and flexible, I am always on the lookout to expand my knowledge in related fields".

Giving back to the community is just as important to Daryl, who says that "A leader's role is to help those around them achieve their true potential, and to have the courage to stand up for your team and for your personal ideals, even when your own reputation could be at stake. One must put people at the heart of everything you do as a leader, which includes giving back to society". Daryl provides his expertise to the Eurasian Association (EA), a charitable community foundation. He is currently helping the EA with driving a multi-year project to survey and address the financial, educational and social needs of the poor and under-privileged in the community. In addition, Daryl contributes to his profession and is dedicated to mentoring the next generation of IT professionals through his appointment as President of ISACA Singapore Chapter from 2010 to 2012, and his current role as Chairman of the Corporate Social Responsibility Working Group for ISACA International. ISACA is the International Professional Association and certifying body for over 120,000 professionals in 150 countries working in the fields of IT Governance, IT Risk Management, IT Audit, and IT Security.

Daryl looks forward to returning home to Australia to apply his technical expertise and cultural knowledge to help realise his country's vision for "Australia in the Asian Century".