Danielle Harmer
Danielle has worked at IBM, the New York Times and is now with Fairfax 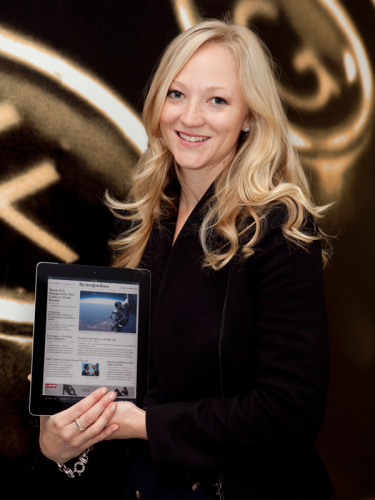 Danielle graduated from a Bachelor of Information Technology in Commerce (Business Administration) in 2004 from the University of Canberra.

"While studying at UC, I got a job on the IBM Jobsearch helpdesk. It was a seemingly small step, but it led to me being offered a graduate position in Sydney with IBM Australia. I worked my way up the ranks, and travelled to work on a range projects for big companies. I had great managers and learned a lot from them. After five years of hard work and some successful projects under my belt, I landed a role as a Business Analyst," says Danielle.

While she was succeeding in her role at IBM, Danielle was planning her next big move - to New York City. Danielle fell in love with the hustle and bustle of the Big Apple while on a family holiday and knew one day she wanted to move there for work. Once she had solid experience with IBM under her belt, it was time to take the plunge and move in 2009.

"I arrived with a group of friends, to celebrate a 30th birthday. They all left after one week, and I was there on my own, CV in hand and nervous ambition. I got a call from a recruiter who sent me to interview as a Business Analyst for a "publisher" in Times Square. It turned out to be the New York Times!"

After a four hour interview with various executives, Danielle landed a position as a Business Analyst in the New York Times marketing team.

"Working for the NYT was a dream come true. I was involved in multiple projects, including a lead in implementing a new pay model for online subscribers. A lot of people didn't believe we could move the NYT to a paid online subscriber base, but the numbers said it would work."

The New York Times digital platforms are one of the most visited newspaper sites in the world, and media outlets from other countries watched the transition closely to see what they could gain from the New York Times experience.

Fast forward three years later, and Danielle has recently moved back to Australia (2012). So what's next for Danielle Harmer?

"I would love to work for Google one day, and perhaps get back to the US. But in the meantime, I'm working for Fairfax as Head of Product for the Australian Financial Review during a pivotal time for them and newspapers across the world. We have an important job to do here and I've got an apartment to renovate first!".

Danielle's tips for landing your dream job:
- Have confidence in yourself
- Develop a good set of skills, particularly as a manager
- But most importantly... have energy!