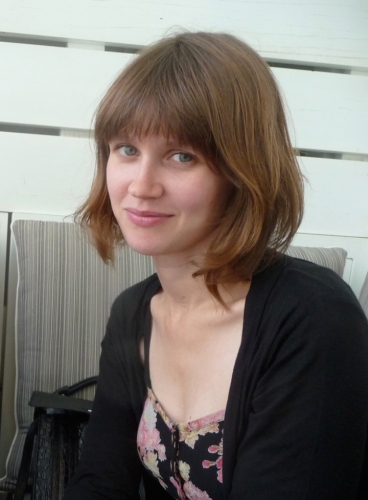 Cassandra Cutler continues a long line of highly skilled UC architects who are ready to take on the challenges ahead. After completing both her Bachelors and Masters degrees in Architecture, Cassandra secured a position with Total Project Group Architects as a Graduate Architect. With her new hands on role, Cassandra is designing the details of new buildings, determining which layouts, fixtures, and features look best and are most efficient. This "real world" experience has been an invaluable lesson for Cassandra, and she's finally getting the chance to put her two UC Architectural degrees to the test.

Before starting at UC, Cassandra attended Australia National University for a history and politics degree, "I found UC to be a much more sharing place to study," Cassandra says about the transition. From 2009 to 2013, Cassandra was a member of Golden Key International Honour Society, a prestigious honour for those in the top 15 percent of their class. She also won the Dean's Award for Excellence nearly every year she attended UC.

Cassandra has been accepted into a number of Canberra and Australian exhibitions, including two Gallery of Australian Design "Best of the Best" exhibitions. In 2014, Cassandra and her former lecturer, Ann Cleary won the Australian Institute of Architect's first place prize for her Canberra Light Rail Station submission. For winning, Cassandra was flown to Venice, Italy to see the annual Architecture Biennale.

"Architecture can be very collaborative, and in my year, we would talk about ideas and each other's designs, how we could improve and alter our designs, and show each other different buildings and architects whose ideas we were inspired by," Cassandra says. "We would be up late at night in the computer labs, while very tiring, it was a lot of fun."