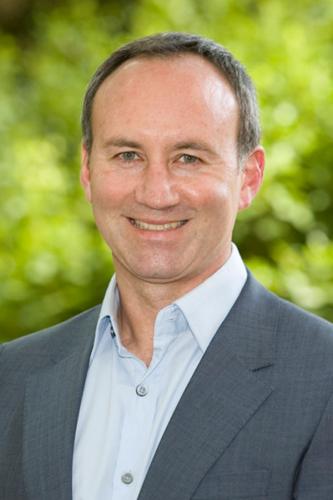 Matt Favier came to Canberra from Tully in far North Queensland to train at the Australian Institute of Sport (AIS) as an 800m runner, and graduated with a Bachelor of Education at the CCAE (now UC) in 1988. Matt is now the Director of the AIS, moving back to Canberra recently to take on this new role after nine years in England.

While Matt was a student at CCAE, he lived at Arscott house for a year, with exercise, training and a casual job, forming a major part of his time on campus.

"I still remember attending the occasional bar night with uni friends, there was always great live music, but due to training commitments I didn't get out there as much as I would have liked," Matt said.

"I studied across two faculties at the CCAE, Health and Education. The collaborative approach provided me with a well rounded perspective across the discipline areas. I felt well-equipped to take on my first teaching positions in physical and outdoor education," he added.

After graduating, Matt taught at a range of different schools in the Belconnen area, whilst training as an elite athlete, before injury forced a change in focus and career.

"My advice to athletes is to consider and plan for 'life-after-sport' as part of the process of being an elite athlete. Prioritising the pursuit of excellence in sport can be achieved while also preparing for a career beyond sport. As in sport, this requires planning and discipline. It is inevitable [unfortunately] that our bodies will not allow us to compete at an elite level forever, so it is vital that athletes consider what they will do when the time comes to hang up the spikes!"

Matt always liked Canberra and is pleased to be back at the AIS, but this time as Director. "Canberra is a great city, and the quality of life is terrific. I love being able to ride a bike anywhere and the ease of getting from one place to the next was reinforced when I returned from the UK. It's good to be home."