BACHELOR OF ARTS IN PROFESSIONAL WRITING, 1983 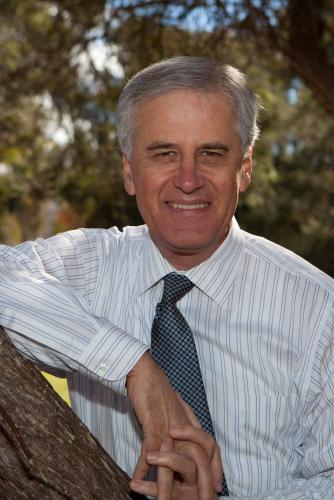 An international journalist, author and consultant, Bill Nicol, a graduate with a Bachelor of Arts in Professional Writing from the University of Canberra, helped lead Indonesia's successful recovery from the Indian Ocean Tsunami of December 2004, the world's largest natural disaster. An independent adviser, he has consulted to government and industry at the highest levels across a range of fields including national security, emergency management and organisational governance.

"People often ask how a degree in professional writing could lead to such a great career," Bill says. "But writing involves far more than just putting a few words on paper. It's a critical thinking skill. Writing develops this. It forces you to observe independently, think critically and articulate carefully. The more clearly you think the better you write and the better you write the more clearly you think. My UC degree opened my eyes to this."

Bill's professional career began as a cadet journalist with The Canberra Times. This gave him the foundations to advance in the highly competitive world of journalism. It should come as no surprise, therefore, to hear his advice to students: "Get practical experience throughout your studies by seeking regular internships because it's the practical skills that will get you work and put a roof over your head."

His own internship led him to work as a national current affairs reporter for the ABC from 1979-81, and then as a political correspondent for Radio Australia (the ABC's international radio and online service) in 1981, while still pursuing his studies at the Canberra College of Advanced Education. Later, changing direction, he became a management consultant to fund his independent investigative reporting. This eventually led him to Indonesia to work on the tsunami response.

"I became an accidental expert in disaster management after AusAID asked me to go to Jakarta to help the Indonesian Government plan its response to the tsunami," Bill says. "I worked on this with people from the World Bank, which recommended me to Dr Kuntoro Mangkusubroto, the Indonesian Minister for Aceh's reconstruction. He insisted I join him as a condition for accepting the position. I did and stayed as his senior adviser for the next four years."

Bill describes his role in helping Dr Kuntoro lead Aceh's $6.7 billion disaster recovery program as the most substantial and meaningful of all his consulting assignments. "It involved saving lives and rebuilding a shattered population while going head to head with the international community in a role that was pivotal to the recovery program's success."

From the start of the assignment Dr Kuntoro wanted Bill to write a book to document what they did. He began this at the completion of the assignment and spent the next four and a half years writing what became a series of six books, not just one.

One of the great case studies of international politics, management and disaster recovery emerged. "Tsunami Chronicles – Adventures in Disaster Management" is a series of six books available from Amazon in a combined print edition. The individual books— God's Punishment, Rise of the Warlords, Consulting in Catastrophe, Cultures of Care and Contempt, End Games and Residuals of Recovery—are also available as ebooks from Amazon and other ebook distributors, or will be shortly.

"Many forget just how devastating the tsunami really was," says Bill, "perhaps because we did such a good job rebuilding Aceh. Good news is no news. You really had to be there to appreciate the devastation. Aceh took the greatest hit. The tsunami killed nearly a quarter of a million people there and left another half million homeless. It shattered the economy. People lost their livelihoods, their source of food. We had to keep them alive while we put all the broken pieces back together. This was seriously difficult. Aside from the great technical and logistical challenges, we also had a civil war to overcome."

Aceh's recovery has been hailed as one of the world's most successful disaster management programs. The UN Development Programme reported in 2010 that the recovery was "beyond anything imaginable six years ago" when the tsunami struck. Bill's books offer the first detailed appreciation of the achievement together with a blueprint for how any country faced with a large-scale catastrophe can respond.

"The topic has global relevance," Bill says. "It was important to write the books, to document what we did. I just happened to be the one person there with the knowledge, skills and insights to do it. But writing the books was just as hard as the recovery work itself. It took me another four years including further research by visiting other disasters like Haiti's earthquake."

Long-term assignments are nothing new to Bill. He spent four years writing his first investigative book on East Timor's decolonisation and six years on his second investigation uncovering scientific fraud.

His degree at the University of Canberra was another long-term assignment. He was constantly tugged by competing demands of his work as a print, radio and television journalist. He has no regrets though. "UC was very supportive," he says. "It understood the importance of my professional commitments and cut me a lot of slack because of them." As for his time at UC, it didn't feel like work because the studies helped him discover and pursue his passion for writing, a foundation skill that led to a rewarding and satisfying career.

Reflecting on his career, Bill offers this final advice to UC students: "Think for yourself and constantly adapt. Never stop observing and learning. Take on any job that will broaden your knowledge and experience regardless of how low the pay and status may be. Do the work for free if you have to. Broad-based knowledge and skills will help you adapt to and take advantage of the changing circumstances that lie ahead."