The Wildlife Genetics team at the Institute for Applied Ecology (IAE) have a broad range of expertise from traditional population genetics through to eDNA and genomic tools. Applying DNA technologies for biodiversity and conservation outcomes is a prime focus of the team. We combine genomic trace DNA and DNA genotyping to probe the historical phylogeography of Australasian fauna and to solve

To find out more about wildlife genetics at the IAE please visit the Centre for Conservation Ecology and Genomics website.

Not so fantastic Mr. Fox 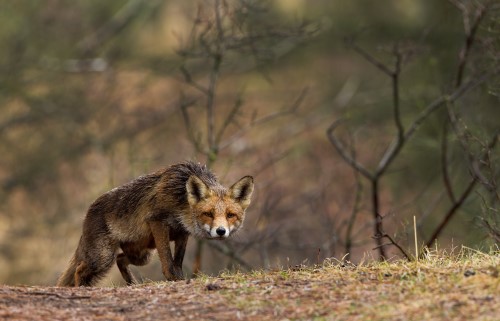 The presence of foxes (Vulpes vulpes) in Tasmania has been hotly debated, with claimed sightings by the public and road kill carcasses. However a team of researchers from the University of Canberra have been using DNA analysis of predator scats (faeces) to detect its presence across northern and eastern Tasmania.

The distribution of foxes was assessed by undertaking a systematic survey of potentially suitable habitat, with 9,500 scats collected and screened for the presence of fox DNA. This information was used by the Tasmanian Department of Primary Industries, Parks, Water and Environment to develop and implement a broad-scale fox baiting and monitoring program. 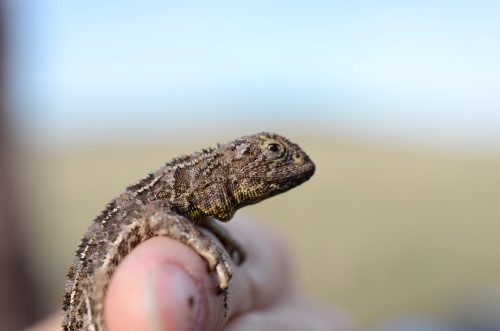 The grassland earless dragon (Tympanocyrptis pinguicolla) has suffered a large decline in population size and range due to development of its grassland habitat. Once widespread, this reptile is currently restricted to just three small areas in New South Wales and the Australian Capital Territory.

Researchers at the IAE have used genetic markers known as “microsatellites” to characterise the genetic profiles of the dragons.  The results found a clear genetic distinction between animals from North and South Canberra, and animals from the Monaro region. Identifying different genetic units is important for conservation efforts to ensure evolutionary potential is maintained in each population, and can help inform a captive breeding program. 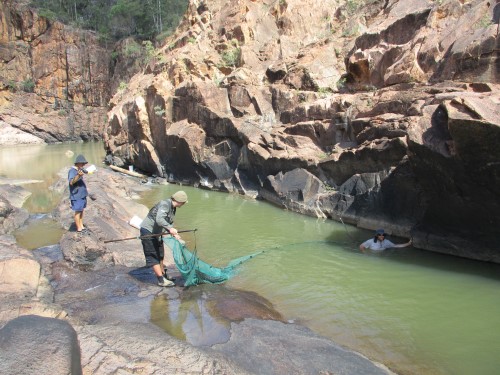 Unfortunately in 2012 and 2015 Eastern Rainbowfish were introduced to the Running River, and the two species have begun breeding and genetically diluting their population to produce a hybrid swarm. Researchers from the IAE captured Running River Rainbowfish at this crucial moment and have established a successful captive breeding program. Researchers used genetic testing to identify pure rainbowfish to breed, with 5000 of their offspring being stocked into two nearby creeks to provide a home to pure populations and thus ensure their conservation in wild habitats.

On a stoat hunt 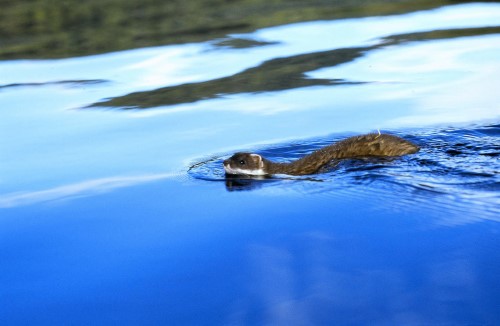 The stoat (Mustela ermine) has made a name for itself as one of the most destructive invasive species in New Zealand. Maintaining stoat free offshore islands is extremely important for threatened native birds. However, stoats are highly invasive due to their competent swimming ability and reproductive biology. Female stoats are always pregnant, and any female that arrives on an island is capable of founding a new population. As such, their reincursion potential is extremely high.

Scientists at the IAE worked to quantify the rates of immigration and survival of stoats on Secretary Island. Using trapped stoats over a six year period scientist could compare genetic relationships, age and sex of individuals. This information was used to inform management practices and eradication efforts.