Our eDNA team use specialist genetic tools to detect natives and invaders.

Traditional methods of species monitoring can be expensive and challenging. However researchers at the Institute for Applied Ecology (IAE) have developed sensitive and cost-effective methods to confirm if a species is present in an area. This method uses traces of DNA that species

leave behind in the environment, e.g. scats, tissues and freshwater samples, and is called Environmental DNA or eDNA. Applications include detection of invaders, or rare species of conservation concern. Our team are experts in sample collection, processing and analysis.

The University of Canberra host the Centre for Invasive Species Solutions and partner with them in the development of technologies to support eDNA advancements. We are also a key collaborator with the CSIRO on the Future Science Platform ‘Environomics’.

To find out more about eDNA at the IAE please visit the Centre for Conservation Ecology and Genomics website.

Development of a detection probability framework 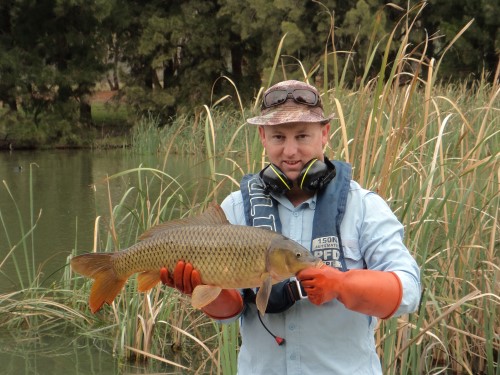 Environmental DNA (eDNA) is increasingly used as a survey tool to infer species distributions. eDNA has advantages over traditional detection tools as it is non-invasive, samples are often easy to collect, and it reduces the need for taxonomic expertise. The technique does, however, require careful evaluation of sensitivity.

To utilise eDNA as a management tool, the sensitivity of eDNA detection surveys has to be estimated and accounted for. This framework enables researchers to quantify overall sensitivity of a particular eDNA survey method, and to optimise sampling regimes. This ultimately provides the most robust data to inform management actions. 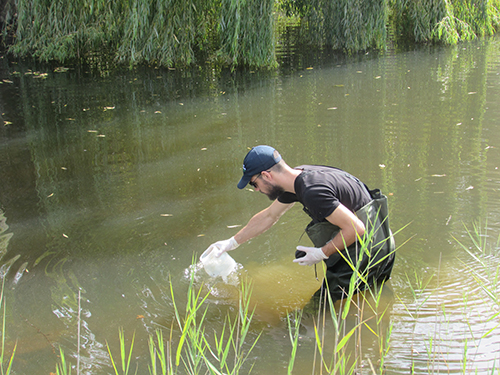 Once an invasive species becomes established, containment can provide an effective management option. This only works, however, if distribution limits are accurately detected.

Improved sensitivity of eDNA-based surveys makes this method particularly useful to determine outer distribution limits. Researchers at the IAE compared conventional monitoring methods and eDNA-based monitoring to determine the spread of the invasive redfin perch (Perca fluviatilis) in an intermittent river system. This voracious predatory fish is responsible for the continued decline of several threatened and vulnerable species in Australia, and in this system was a potential threat to the native and threatened Southern pygmy perch (Nannoperca australis). They demonstrated that eDNA was more sensitive than traditional methods and the combination of conventional and eDNA-based monitoring vastly improved redfin perch distribution data resulting in the optimal location for the construction of an exclusion barrier. This is one of the first eDNA studies to demonstrate a clear management outcome.

Detection of spawning in threatened species 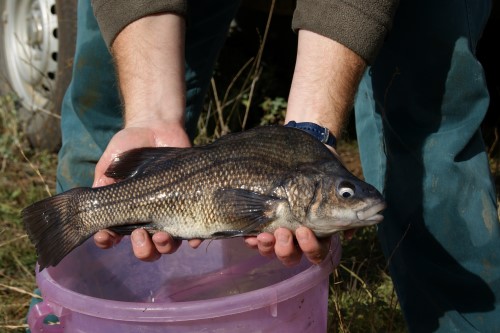 The application of eDNA for detecting reproductive activity in aquatic organisms has the potential to increase our knowledge of reproductive biology in elusive species. It also helps evaluate management actions aimed at increasing the reproductive output of endangered populations.

IAE researchers have detected spawning of a threatened freshwater fish species, Macquarie perch, by comparing the abundance of different types of eDNA produced during the spawning period. Previously, the detection of spawning in this species has been carried out using labour intensive egg-netting methods that have the potential to miss these sporadic events.  This eDNA method can help evaluate whether population declines are caused either by spawning failure or high mortality rates of the early life history stages.