Our environmental chemistry and ecotoxicology researchers have particular strengths in freshwater and marine chemistry, cycling of nutrients, metals and metalloids through aquatic ecosystems, and ecotoxicology.  Of special interest to the group are the transport and fate of trace elements in the environment, including water, sediment, dust and biota. Our researchers are experienced in the sampling and analysis of a wide range of sample types.

You can find out more about environmental chemistry and ecotoxicology at the IAE by visiting the Centre for Applied Water Science website.

Development of copper resistance in snails 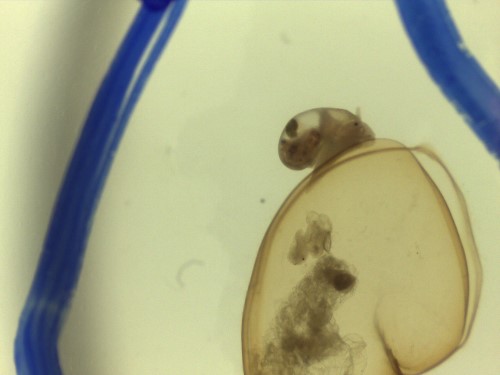 Copper has been used to control freshwater snails (Isidorella newcombi) in Australian rice fields for 40 years. Under these conditions there is the potential for the development of resistance in snail populations over multiple generations.

Research undertaken at the IAE provides an understanding of how copper affects individual snails, and population characteristics such as fecundity and offspring viability over multiple generations. Genes associated with the response to copper induced stress were identified, along with how gene transcription varies in organisms that have developed resistance. This project not only provides a model for understanding the development of metal resistance in molluscs, but how genetic methods may be incorporated into environmental assessments in the future. 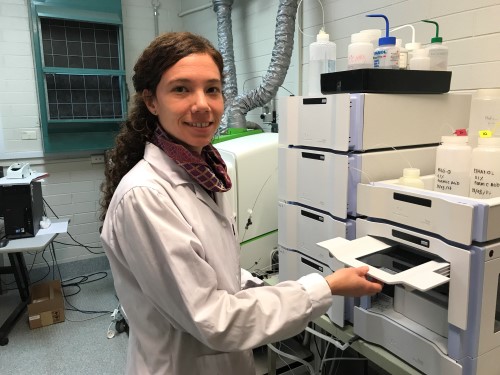 Inorganic arsenic is a known carcinogen, and current regulations aim to prevent its exposure in humans. Organic arsenic species, however, may also present a health risk, and can be found in foods such as seaweed, fish and crustaceans.

Researchers at the IAE are working to understand the fundamental science underpinning the metabolism pathways of organic arsenic species. Of particular interest is the persistence of arsenosugars and arsenolipids in the gastrointestinal tract, the ability of arsenic species to cross biological membranes, and how biotransformations of arsenic species in liver cells occur. This work is an important first step in understanding the risk associated to arsenic exposure, and has potential implications for public health. 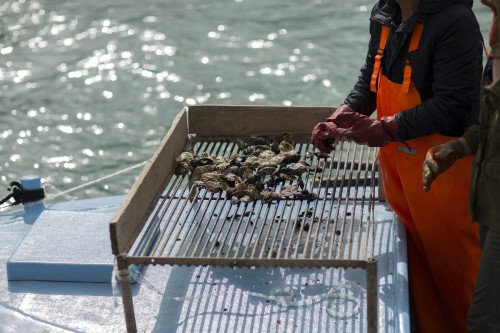 In Australian estuaries, bivalves are a useful monitoring species due to their filter feeding and sessile nature. Bivalves respond rapidly to various environmental stressors, such as temperature, pH, salinity, and contamination. The ability to quantify this stress is a valuable tool in timely ecosystem and aquaculture management.

IAE researchers have developed a rapid detection method to assess environmental stress – Cellular Energy Allocation (CEA), a measure of energy stores and usage in bivalves. The method uses near Infra-red spectrometry (NIRS) and quantitative modelling to calculate energy stores. This assessment method provides high accuracy results with fast outputs and minimal sample preparation time. The advantage of this method is that it provides a general measure of stress, while traditional methods only look at a single stressor. NIRS models have been developed to assess energy stores for five species of particular interest to the aquaculture industry. 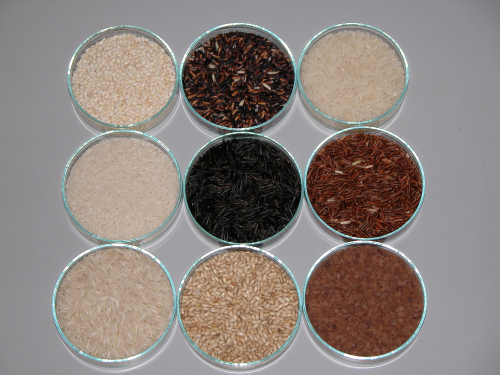 Inorganic arsenic is a known carcinogen, with drinking water and foodstuffs the two main sources in humans. Rice is an important food source for millions of people, however compared to other cereal grains arsenic concentrations in rice are up to 10-fold greater.

Current maximum permissible levels for arsenic in cereals in Australia is 1 µg/g, however legislation is expected to be introduced reducing this to 0.2-0.3 µg/g. To ensure accurate and consistent arsenic measurements, IAE researchers have developed a robust method for arsenic speciation for use in the rice industry, and determined the efficacy of using ICPMS as a screening tool for total arsenic concentrations. Researchers have also prepared a low arsenic concentration rice reference material for distribution to laboratories undertaking rice analyses.