15 August 2019: National Science Week (10 – 18 August) is drawing to a close, and the Faculty of Science and Technology at the University of Canberra celebrated with activities aimed at stoking interest in science and technology – and general wonder at the fascinating world we live in.

Kicking off with a presence at InterACTive Science at The Shine Dome on Saturday 10 August, the Faculty of Science and Technology’s Research Assistant Nishant Jagannath and his team had a long line of visitors – little and not-so-little – lining up to have a go at their DIY drones.

"DIY drones are a great, unique hands-on activity – children get an opportunity to really learn what's going on inside them,” Mr Jagannath said. “Flying a drone they built themselves also contributes a real sense of pride and achievement.”

Later in the day, Director of the University’s Institute for Applied Ecology Dr Janine Deakin presented a talk on “Australian Mammals and their Genomes”, while Assistant Professor of Engineering Dr Mohammad Abualsheik spoke on “Through-Wall Human Pose Estimation”.

Mid-week saw the Canberra Forensic Students Association (CFSA) show that they had no problem combining fun and forensics, with a SciTech Amazing Race on the concourse. It involved various items of forensics equipment and techniques like fingerprinting, plus a physical race element – a good time was had by all, in spite of the foggy weather. 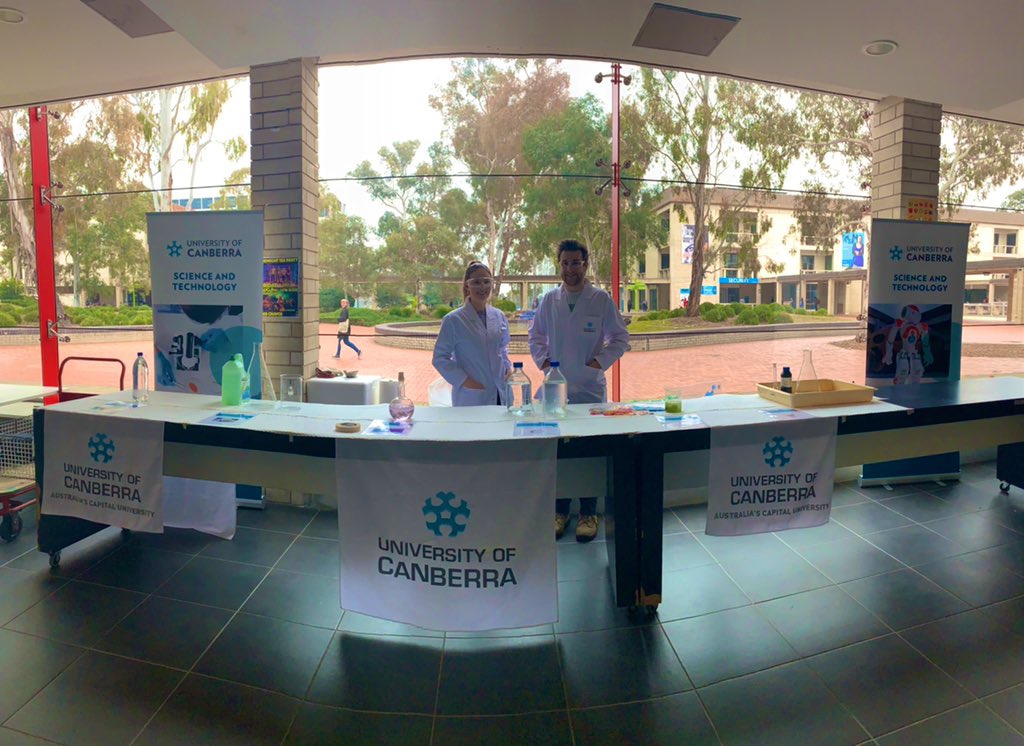 On display was the Iodine Clock, in which two chemical solutions combine for a vivid result and the explosively foamy Elephant Toothpaste, where potassium iodide catalyses the rapid decomposition of hydrogen peroxide to startling effect.

“I chose them for maximum visual appeal, but also according to how easy and accessible they were – the main thing is to just engage the audience so they see how interesting science can be, but also that it can start from something simple,” Mr Lawler said.

The week’s calendar will be capped by the Institute for Applied Ecology (IAE) Seminar on Friday.

Dr Box will be sharing the results from the recently completed Year 3 progress report for the Threatened Species Strategy, including how outcomes from the report will help focus future efforts to best support threatened species.

Executive Dean of the Faculty of Science and Technology Professor Eileen McLaughlin says that she’s delighted by the response to the various activities.

“We’ve had such a great response to the showcasing of our research, and subjects like DIY drones, and issues like the conservation of Australia’s threatened species and critical environmental water management really demonstrate that the Faculty of Science and Technology is all about science for tomorrow’s world, today,” she said.