10 May 2022: A newly-published study led by the University of Canberra has helped pave the way for better ocean management in a world grappling with climate change – using molecular techniques to analyse the stomach contents and gut microbiome of tuna, to paint a near real time picture of the Pacific Ocean ecosystem.

“With the climate changing so rapidly across the globe, how we manage our oceans is crucial for a sustainable future,” said lead researcher Dr Alejandro Trujillo-González, a Postdoctoral Research Fellow at the University’s Faculty of Science and Technology.

Climate change has seen climate patterns like El Nino and La Nina lengthening and intensifying; El Nino is the warm phase of the El Niño-Southern Oscillation (ENSO) cycle, while La Nina has the opposite effect. The ENSO cycle events have far-reaching impacts on weather systems, wildfires and floods, ecosystems and economies – and they are far more diverse than previously recognised. 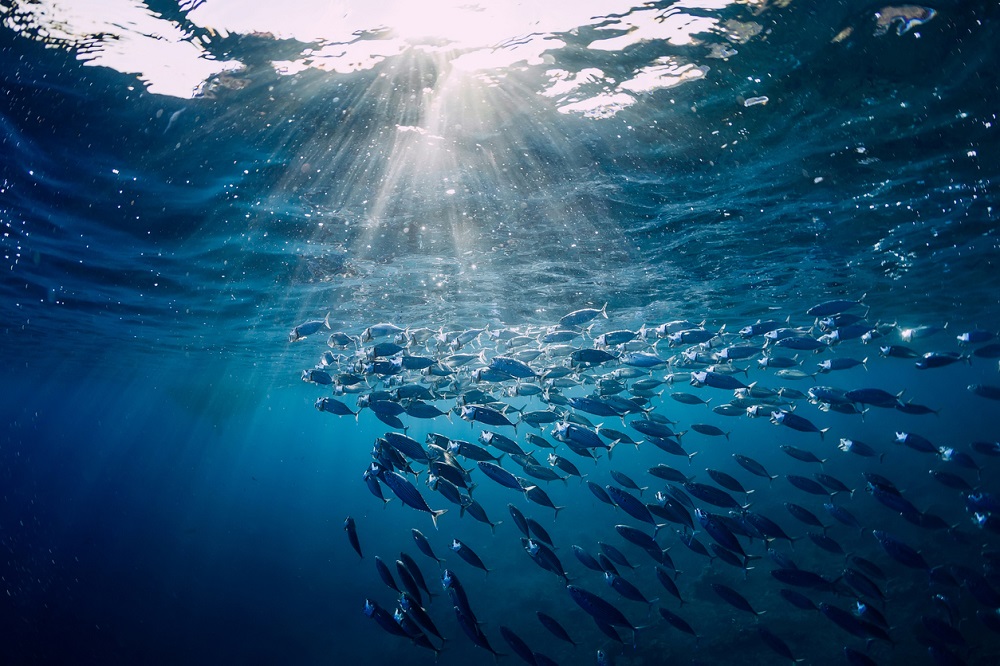 “In order to better manage ocean ecosystems, we need to understand how El Nino and La Nina impact dependent industries such as fisheries and aquaculture and – more broadly – ecosystems dynamics,” Dr Trujillo-González said.

“By applying molecular techniques to analyse the stomach contents and gut microbiome of yellowfin tuna and skipjack, we found that we were able to detect ecological changes such as the diversity of prey and different compositions of gut bacteria in different areas, different tuna species and at different ENSO phases.”

Published in Frontiers in Marine Science, the study focused on tuna due to its importance in Pacific fisheries, with many communities depending on it for sustenance, primary resources and eco-tourism.

Instead of capturing animals anew for the study, the researchers accessed the Pacific Marine Specimen Bank and analysed the stomach samples of tuna captured between 2015 and 2017.

These were then analysed using the metabarcoding technique, which allows the genomic sequencing of a whole range of fauna at the same time – returning a result in under 24 hours.

“Metabarcoding involves the large-scale taxonomic identification of complex environmental samples, and helps us to understand a whole ecosystem or community,” Dr Trujillo-González said.

One of the findings of the study was that fish captured during La Nina events had a higher diversity of prey in their stomach contents. “This suggests that the nutrient-poor conditions during El Nino caused less prey to be available, and therefore resulted in less productive habitats,” Dr Trujillo-González said.

He adds that the study indicates that La Nina and El Nino do indeed change how the tuna feed – and demonstrates that it is possible to access a near real-time picture of an ecosystem based on animals feeding within it.

The project team will now turn its attention to looking at portable technologies which can be taken onboard boats and into field labs to provide the same kind of near real-time results.

“We are now testing nanopore sequencing tools, which are scalable in real time and across a wide range of fauna – they can detect everything from crustaceans to viruses in one sequencing run,” Dr Trujillo-González said.

Go to this page to read the full paper: Can stomach content and microbiomes of tuna provide near real-time detection of ecosystem composition in the Pacific Ocean?