Dr Elise Furlan, a Senior Research Fellow in Molecular Ecology with the University’s Faculty of Science and Technology, has been awarded the prestigious Discovery Early Career Research Award (DECRA) from the Australian Research Council and will receive $438,909 in funding.

The multi-stage research project will be conducted over three years to study the application of eDNA to extract more detailed population information, focussing specifically on the redfin blue eye (Scaturiginichthys vermeilipinnis), a small, critically endangered fish isolated to Edgbaston Reserve, managed by national conservation not-for-profit Bush Heritage Australia, in central Queensland. The project will include two field trips to the reserve to gather water samples that will be filtered and brought back to the University’s specialised Trace DNA labs for analysis.

“I’m honoured to receive this funding from the Australian Research Council to further develop eDNA methods that could help conservation efforts for endangered species like the redfin blue eye,” Dr Furlan said. 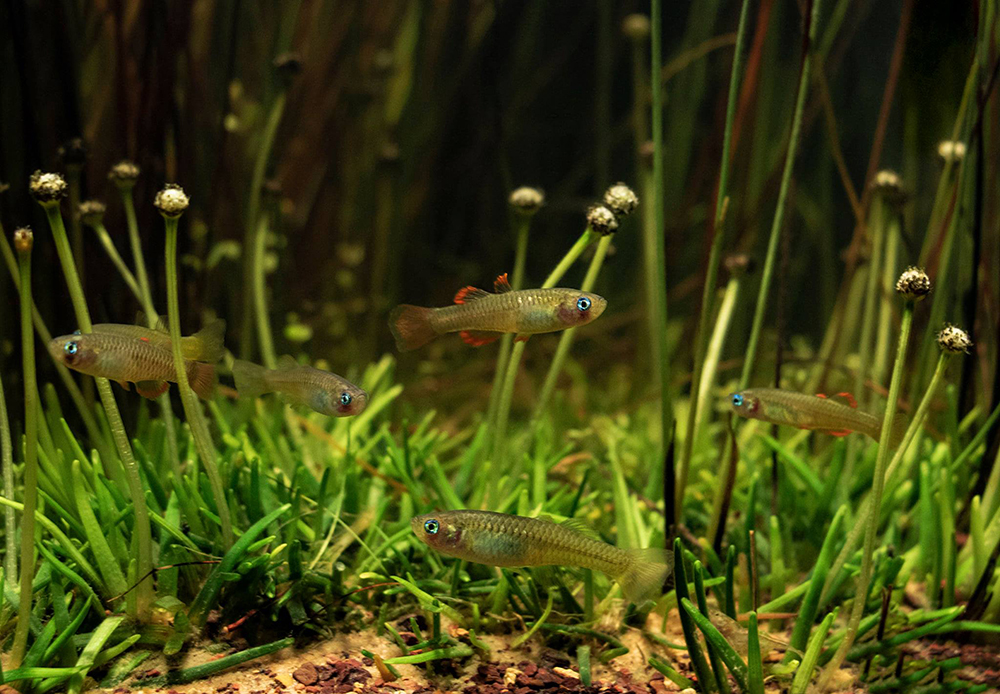 Environmental DNA is a relatively new methodology that involves detecting traces of species’ DNA that are left behind in the environment, such as skin cells, mucus, urine, faeces and more that may be mixed in with water, soil, or other material from the environment.

An environmental sample can provide genetic information about various species in the area and can be very effective when found in water samples, because traces disperse more widely there than in soil.

In contrast, traditional DNA sampling involves taking tissue samples from individuals and can be an expensive and challenging method for species monitoring. It can be incredibly difficult for aquatic, nocturnal, and endangered species, because they can be challenging to trap for tissue samples. These invasive methods can also result in the species being stressed, injured or even killed during the process. The eDNA method is rapid, convenient, non-invasive, low-cost, and typically does not require ethics approval for involved research.

“With eDNA, we can target those trace bits of DNA to understand the genetic makeup of a species in that environment without needing tissue samples,” Dr Furlan said.

While researchers can use eDNA for a general biodiversity survey, or investigate the presence or absence of a species, Dr Furlan will be targeting the information of a species’ genome where a sample is taken.

“I’m trying to target detailed, population level information to learn not only if the species is there, but how the populations we find differ by area – for instance, whether there is migration between areas and populations, and a lot more from the data,” Dr Furlan said.

“If we can show this works accurately, it could potentially be a game changer for conservation. It could be applied to hundreds - even thousands - of species across the world because it’s more efficient, convenient, ethical, and cost-effective than using tissue samples, but still provides valuable information about a population,” Dr Furlan said.

For example, if proven effective, eDNA for gathering population information could be applied to fisheries. eDNA samples could help identify the breeding contributions of different generations to help with the sustainability of fish stocks.

“Our researchers are leading the way in environmental DNA and Dr Furlan’s work has the potential to revolutionise conservation, which the Australian Research Council has recognised with this funding. I’d like to congratulate Dr Furlan on this outstanding achievement.”

Dr Furlan works in the University’s Centre of Conservation Ecology and Genomics, which is part of the Institute for Applied Ecology.