Dr Sanchez-Palacios, from the Centre for Applied Water Science (CAWS) at the Faculty of Science and Technology’s Institute for Applied Ecology (IAE), has been mentoring Ms Luu since the start of this year.

“Jessinda’s project is on investigating the potential of using Phragmites australis as a cost-effective approach to mitigate the risk of existing high levels of heavy metals in fresh water from abandoned mining sites, which relates to my area of research – phytoremediation, so it’s a perfect fit,” Dr Sanchez-Palacios said. P. australis is a perennial grass found in wetlands around Australia, also known as the common reed.

Her project is part of the CSIRO Silver CREST program, which aims to progress the development of an inquiry culture in the education system, particularly in the subject areas of science and technology. 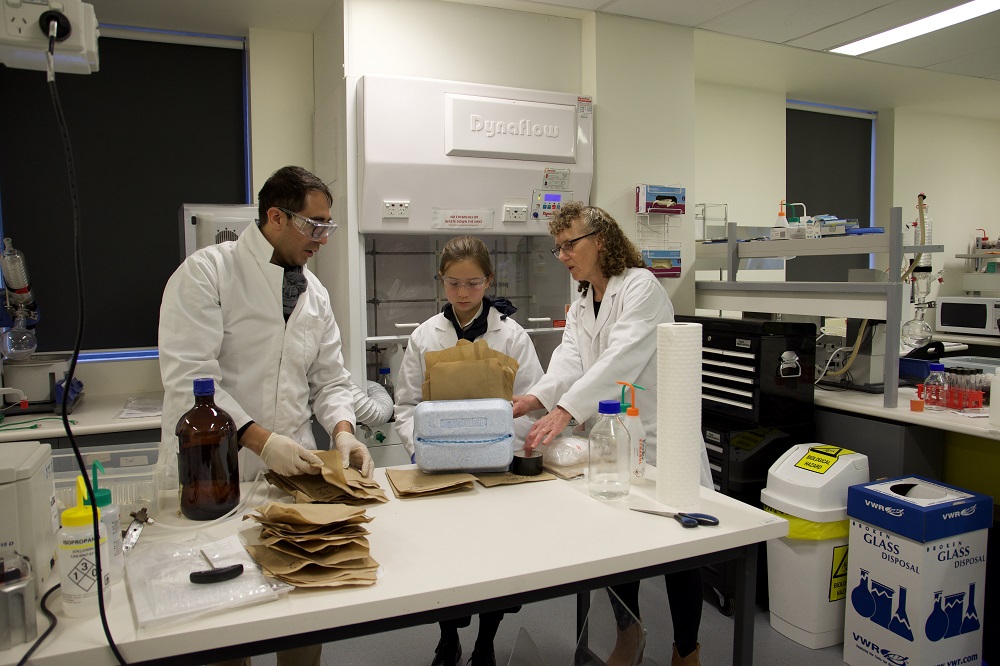 “As a mentor, I helped Jessinda and her teacher, Lesli Findlay, shape her project proposal and provide guidance in formulating a scientific question and develop the experiment to address this inquiry.

“Jessinda has also been able to use the facilities here at UC, including our Glasshouse to conduct hydroponic experiments using fresh water from Captain’s Flat in New South Wales, and processing and analysing plant material, including how to grind up her samples.”

The collaboration began when Ms Findlay reached out to CAWS Director Professor Ross Thompson, to explore the possibility of a hands-on ecology excursion, led by an expert in the field. Professor Thompson led the excursion, and Ms Luu was instantly intrigued by the concept of heavy metal pollution.

“Jessinda is really dedicated – to a level unexpected from a Year 8 student, she has been quite extraordinary,” said Ms Findlay, who has developed the Science program at Covenant Christian School. 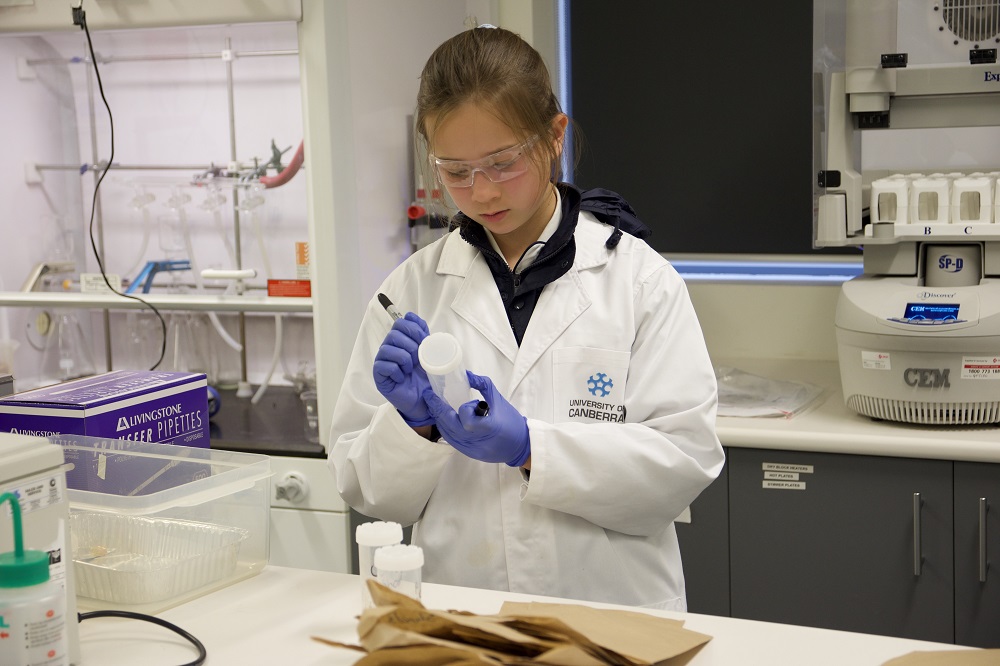 When she visited the chemical analytical lab on 17 August, Ms Luu learned how to use the grinder to grind her dried plant samples. Ms Luu and Ms Findlay are hoping to finish the project in time for the Science and Engineering Fair at Alfred Deakin High School in mid-September.

“Next year, I want to try a different kind of science, something new, to do with helping people.”

Ms Findlay started running the CREST program last year at Covenant Christian School when she noticed that some students might not be doing science when they go to College.

“I decided to give them more extension opportunities so they could test out their talents to see if science is what they really like,” she said.

“Last year, I had Year 8, 9 and 10 students who undertook the CREST program and I found that the students were learning comparatively a lot more through CREST, they were learning about doing real science. It was an amazing opportunity to learn to be good scientists."

Ms Findlay is hoping that Ms Luu will do a Gold Project in Year 10, which requires 100 hours of work and two aspects of originality. 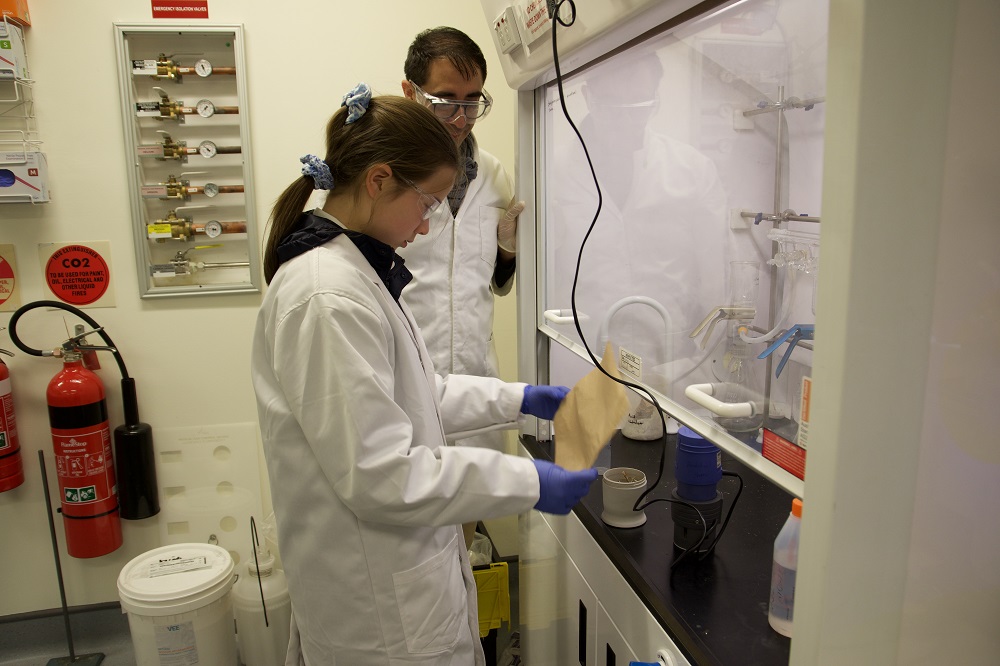 Dr Tona Sanchez-Palacios hopes that offering the experience of conducting applied science to younger generations at the University of Canberra will increase the interest in students to care for the environment and tackle some of the ongoing global challenges in water and soil quality.

“Jessinda is undertaking research that is applicable and could have a positive impact to not only the community at Captains Flat, but also to other locations facing the same problem across Australia. She is a brilliant student!” he said.

“I hope that by showing her one aspect of science she will continue to explore the field of phytoremediation of heavy metals, and maybe even one day come to UC and study with us!”