The group, many of whom previously worked together on the Coastal Urban Futures report, re-formed yesterday in the wake of the bushfires that devastated communities around many parts of the country in December and January.

The original report, released in 2014, focused on coastal adaptation in the context of climate change – and involved many of the local government areas impacted by fire in recent months, including the Shoalhaven, Eurobodalla, Bega and East Gippsland regions.

University of Canberra Professor Barbara Norman put the call out to the team to meet in Canberra.

“I made the decision to get the group back together following the initial fires we faced over the New Year period,” she said.

Leading the discussion, Professor Norman said it was ‘incredibly powerful’ to have some of the country’s leading bushfire, environmental, economic and natural disaster experts in the same room.

“With experts coming from the three participating Universities – UC, the ANU and University of Wollongong – and having worked together in this area before means we can work together to do what we can to help.” 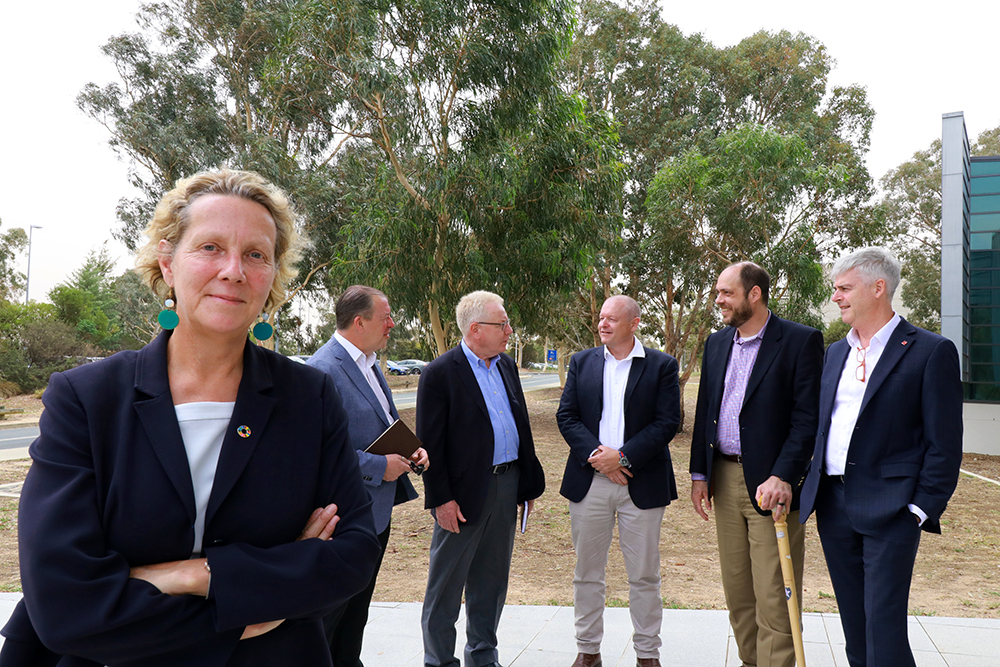 Throughout the round table session, attendees discussed several agenda items including how best to restore the environment of the region, protect vital water catchment supplies, as well as the socio-economic impacts of a natural disaster like the recent fires.

The group also focused on how they could work with already affected and at-risk communities to mitigate the risk of another bushfire event of this scale.

“Our 2014 paper looked at how a more integrated approach can be taken to coastal planning and coastal management to work with those communities,” said Professor Norman.

“Back then the paper did foreshadow this year’s situation. We got a lot of our information from those communities directly – as well as information from national science - but a majority came straight from those who know these regions. It’s time to do that work again.”

When re-assembling the group, Professor Norman took into consideration the expansion of the research network to ensure a wide range of skillsets.

“There are quite a few new additions to the team. We recognise that we need additional skills because these climate issues are becoming more and more complex,” she explained.

As such, relevant experts from the USA were in attendance.

“I see a lot of parallels between what’s happening here in Australia and the recent California wildfires,” said Mike Byrne, a Specialist Executive at Deloitte in Washington DC. Mr Byrne previously worked coordinating responses to Hurricanes Maria, Irma and Sandy for the Federal Emergency Management Agency and the American Red Cross.

“The key for this project is going to be meeting with communities and stakeholders and taking the time to engage with them. From what I’m hearing from this group it’s definitely headed in the right direction.”

Today’s meeting was the first time in recent years that the group has come together, however they are already making arrangements for another session in coming weeks to continue with their action plan.

“In terms of the next steps, I’d like to facilitate a meeting to be held in one of the affected regions like Shellharbour or Eurobodalla,” Professor Norman told the group.

“One of the benefits of this group is the connections that can be made between members and by drawing on those already established connections I think we’ll be able to make a meaningful contribution.”