The annual scholarship for University of Canberra journalism students is named after Peter Leonard, who was a much-loved journalist and news presenter at WIN News for 16 years. It was created in recognition of the contribution Mr Leonard made to journalism in the Canberra region over his 45-year career.

Ms Donald interned for WIN News Canberra during 2022, and as a result of being awarded the scholarship, will complete a further three-week placement at the network.

“I’m looking forward to refining my skills even further and hopefully getting some more stories on air,” Ms Donald said.

“It’s the kind of experience you can’t get anywhere else and I hope it will help to kickstart my journalism career.” 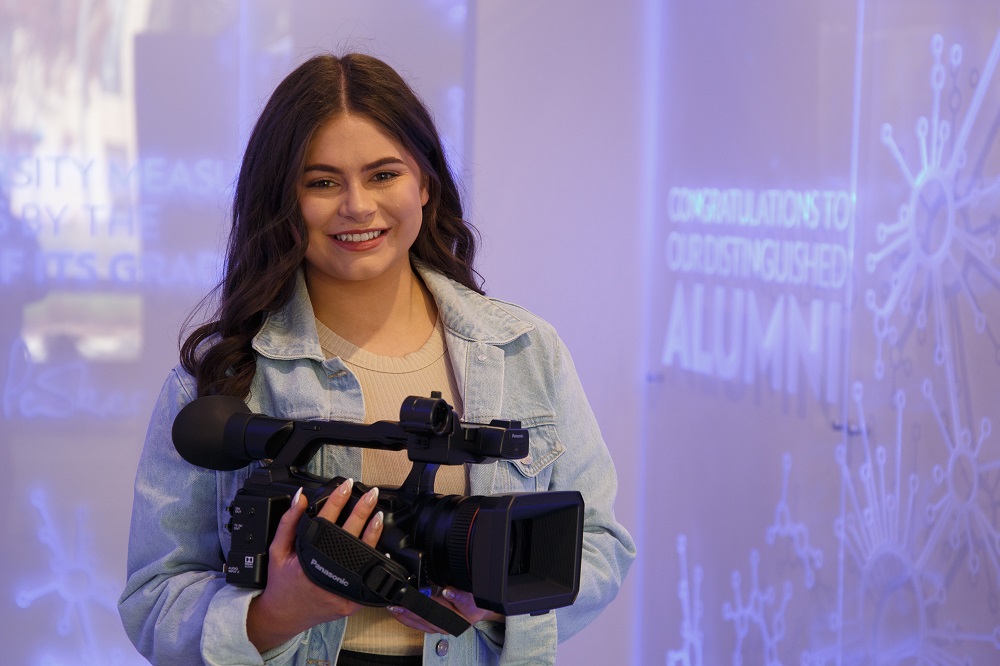 During her initial time at WIN, Ms Donald worked to create news packages for the local nightly bulletin.

“The WIN newsroom is a fast-paced environment where you need to be able to produce a quality story in just a few hours, and do it multiple times every day,” she said.

“While there, I learnt that not every story goes the way you anticipated. Often, a reporter will have an idea for a story, but once you go out and conduct your interviews it turns out that the story is completely different – but the evening deadline never changes.”

Ms Donald, who also works at Canberra FM, said the initial placement was an excellent opportunity to build her skills in a professional journalism environment.

She said the knowledge from her degree at UC  assisted in her work at WIN.

“It was a way to take what I’ve learnt in class and apply it to the real world,” she said.

“I feel honoured to have won the Peter Leonard Scholarship, especially considering the talents of the two other finalists, Luke Ross and William Makepeace.

“It feels particularly special given the legacy of Peter Leonard and the standard set by winners in past years.”