“The barrier to entry is still comparatively high when it comes to robotics, because it’s considered a very technical field,” Mr Lane said, now in the Honours year of his Bachelor of Engineering degree with the Faculty of Science and Technology.

“We need to make robots more collaborative and interactive to make the technology more accessible – in the way the operating system on your phone has, something which you use every day.”

Mr Lane stumbled on the HRC field several months ago, via the work of his supervisor, PhD Candidate in Robotics David Hinwood – so the accessibility of and familiarity with this technology is always front and centre for him.

Central to his research is a robotic hexapod, or a robot that walks on six legs. 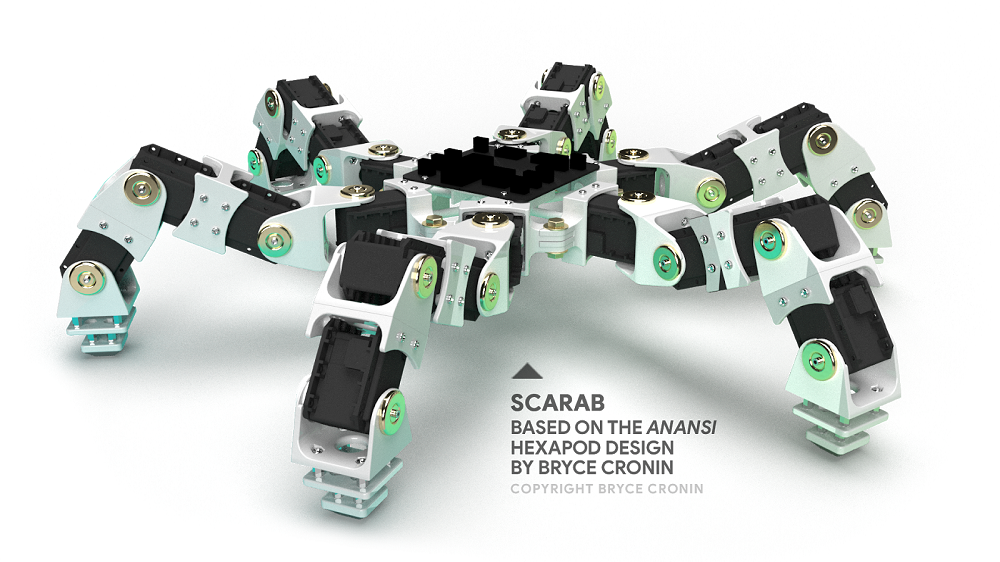 The Scarab Hexapod was co-designed with fellow Engineering student Bryce Cronin as part of their Honours project, along with undergraduates Charles Raffaele and Dylan Morley; this project is being supervised by Associate Professor Dr Damith Herath.

“Their legged locomotion allows hexapods to be stable on uneven terrain – so a lot of research around them revolves around search and rescue, or the exploration of dangerous terrain,” Mr Lane said.

“The Scarab Hexapod has been designed with extra motors, which gives it greater freedom of movement – four degrees instead of the two or three degrees of movement found in a traditional hexapod.”

Capable of beckoning movements, tapping or even picking objects up, Mr Lane’s hexapod has had its possibilities for use and applications for study expanded by this flexibility of movement.

“That’s what makes it great for gesture-based HRC, because it enables better non-verbal communication between humans and robots,” he said. 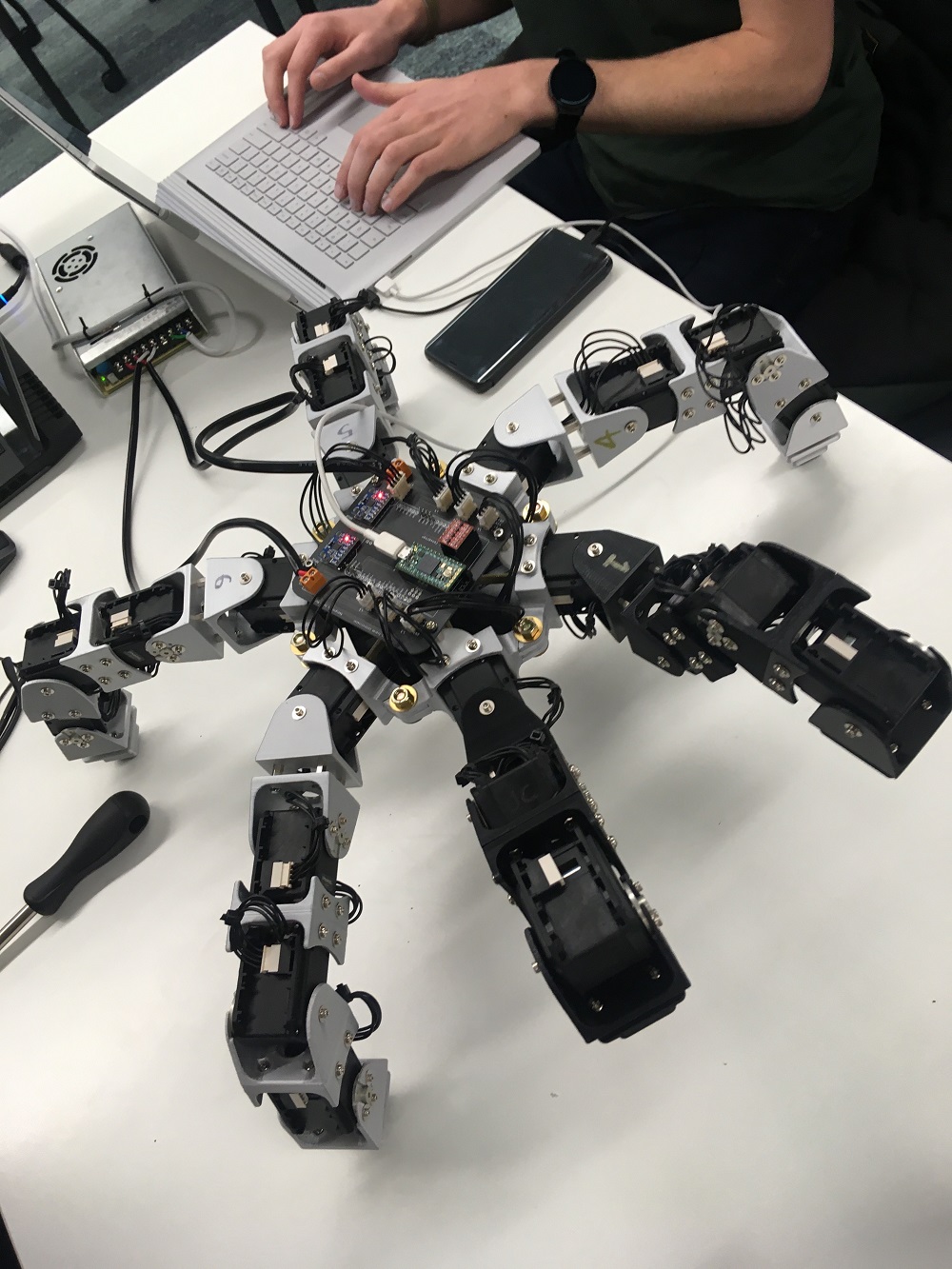 For Mr Lane and his team, the study of robotics is human-centric.

“A lot of research has shown that companies considering the accessibility of the robotics they use have high levels of success in technological integration, because staff are better able to use the technology,” he said.

Open to second- to fifth-year engineering students from the University of Canberra, the Australian National University and the University of New South Wales, the Engineers Australia Undergraduate Project Presentation Competition will see competitors present their ideas to an online audience of industry leaders and peers.

A panel of judges will decide on the top three places, while the audience favourite will be decided by a live poll.

The Engineers Australia Undergraduate Project Presentation Competition is on 30 September, from 12.30pm–2pm. Click here to register for free, and vote as an online audience member.