Their mission? To calculate the circumference of the earth, by first measuring the shadow of the midday sun.

It was all part of Pi Day, held annually in late July at the University.

However, because of the day-month order observed in Australia, Pi Approximation Day is often celebrated on 22 July instead – the fraction 22/7 is a common approximation of P, accurate to two decimal places. 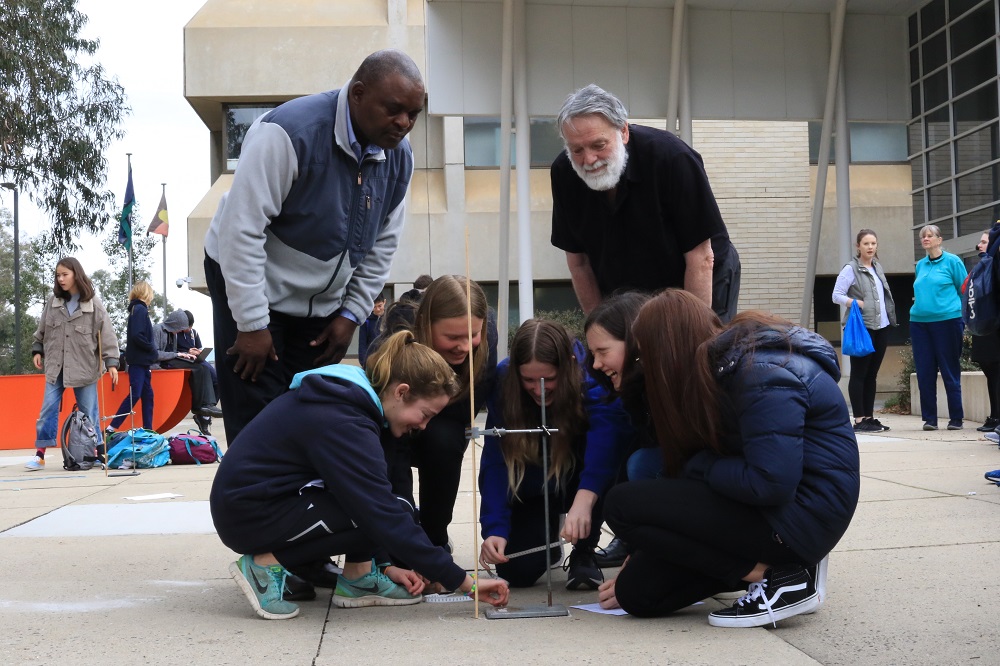 A host of activities planned for the day were geared towards engaging the students and piquing their interest in Maths. Many of the activities revealed new perspectives to the students, appealing to their imaginations and unveiling unexpected connections.

“We have celebrated Pi Day at the University for about seven years now,” said main organiser Dr Judith Ascione, Lecturer in Information, Technology and Systems at the Faculty of Science and Technology.

“Pi is a very important mathematical constant, appearing in many areas of Maths and Physics – and celebrating it with a host of activities is a great way to demonstrate just how much fun Maths can be!”

Dr Ascione noted that many of the students came up with very interesting approaches to problem-solving during the activities, demonstrating an affinity for Mathematics.

“Engaging students via activities like these brings Maths to life, makes it ‘real’ for them rather than dry and abstract – allowing them to almost ‘think with their hands’, the continuous interaction between thinking and doing,” said Dr John Rayner, Adjunct Professor at the Faculty of Science and Technology and another enthusiastic facilitator on the day.

“This whole suite of activities demonstrates the connection between Maths and the physical world,” he said.

“And with an activity like the calculation of the Earth’s circumference, we are replicating an experiment first performed over 2,000 years ago by Greek astronomer Eratosthenes – many of the students find the sense of history and context makes it easier for them to relate.”

Even the refreshments for Pi Day were on-theme –  πkelets, πzza and πeces of fruit!

“We just want to get across the idea of how relevant and interesting Maths can be, and we’ve been very encouraged by the students’ response – that’s what it’s all about,” Dr Ascione said.