Watch two of the report authors discuss their key findings below or on the UC YouTube channel.

Read commentary about the report here.

Digital News Report: Australia 2016, the second annual survey of news consumption in Australia, builds on last year's debut to provide a clearer picture than ever before of how news is currently being consumed both within Australia and globally, with a particular focus on digital news consumption and pathways to accessing the news. 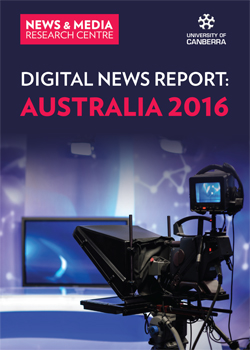 The Reuters Institute Digital News Report aims to deliver useful and timely data about the transition to digital.  Read more about the annual survey.