21 January 2022: The University of Canberra will play an important role in the Australian Government’s National Environment DNA (eDNA) Testing Program, after signing a partnership agreement with Department of Agriculture, Water and the Environment.

Signed by Secretary Andrew Metcalfe AO and UC’s Vice-Chancellor and President Professor Paddy Nixon, the two agreements will see the University set up a National eDNA Reference Centre on campus, host a number of supporting services for the National eDNA Testing Program, and provide opportunities for students and staff to be involved in collaborative projects with the Department.

This includes the University helping to establish an eDNA Collaboration Centre Network; national standards and protocols to ensure all testing is fit-for-purpose; and accreditation standards for laboratory partners.

Further research into eDNA and eRNA along with training for private and public stakeholders and laboratory personnel in Australian and international partner laboratories also forms part of the program and partnership. 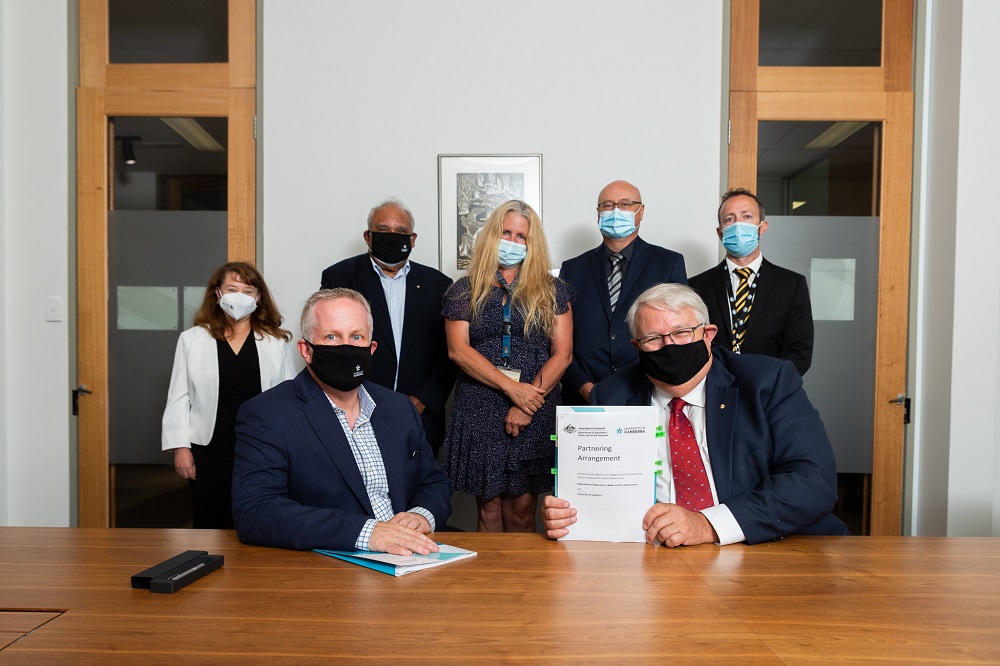 Leading this work, will be the University’s ecoDNA group, one of the longest-standing eDNA research groups in the country.

The ecoDNA group’s research focuses on eDNA-based detection; a technique that has transformed surveillance and monitoring services worldwide.

The method targets DNA shed by organisms including skin, hair, urine, faecal matter and tissue that can be captured from environmental samples (such as soil and water), and tested to detect the presence of high priority species or the diversity of species within an environment.

It is rapidly becoming a method of choice for environmental agencies across the globe due to its low impact and cost-effective nature in comparison to traditional methods. It does not require capturing or trapping elusive species, expensive surveys reliant on visual detection or anthropogenic disturbances to the environment.

In addition to providing almost instant results, the technology is noted for its effectiveness and accessibility. It is a portable technology that can be used by frontline border security officers, providing consistent and reliable results onsite, in under an hour.

The technology is already being used to successfully screen incoming shipping containers, target high-risk pathways and rapidly respond to threats. It also serves as a complementary tool to other environmental surveillance methods.

This investment follows the world-first detection of khapra beetle eDNA in samples of dust and dirt from shipping containers, work conducted by Dr Alejandro Trujillo-Gonzalez and fellow researchers at the University.

Professor Dianne Gleeson, Lead Researcher of the ecoDNA research group at the University said the establishment of the National Reference Centre for eDNA on campus would position the University as a national leader and innovator in eDNA.

“This program, and the Centre will establish us as a national leader and coordinator for applications for eDNA for biosecurity”.

“What we would be doing is setting those standards and guidelines for everyone else”, Professor Gleeson said.

“We would be continuing to develop new technologies and new applications and it would also enable us to ensure that the technology gets in the hands of the biosecurity officers in the field that have the ability to use the technology directly,” she said. 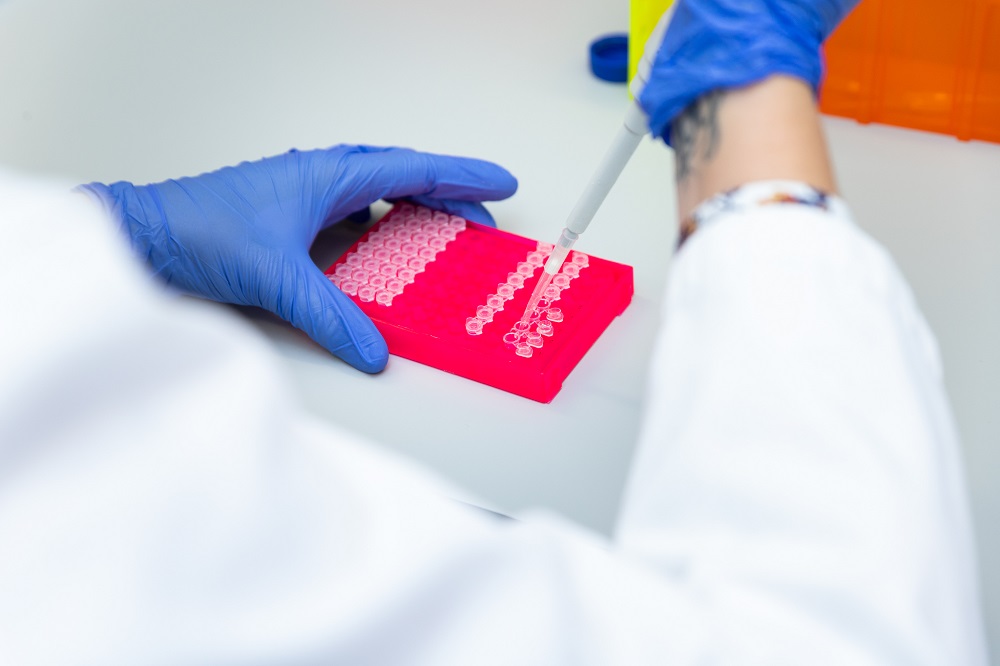 The program will involve close collaboration between the ecoDNA group, the Centre for Invasive Species Solutions – an important partner and collaborator to ecoDNA group also based at the University, CSIRO, and other universities and specialised eDNA laboratories.

In future it is predicted that air-sampling machines will be set up at key locations around the country to detect airborne DNA from species such as exotic bees and moth pests. The program, and eDNA results are also predicted to help target risk management activities offshore by determining what regions pests and pathogens are coming from.

University of Canberra Vice-Chancellor and President, Professor Paddy Nixon said the partnership is exciting for a number of reasons recognising not only the value of eDNA technology but also the expertise of the University.

“This partnership recognises UC’s depth of research and we’re excited to be able to support the national effort of tackling invasive species at the points of entry.”

“Training and research in partnership with Faculty researchers and front-line biosecurity staff is essential to Australia’s future prosperity and ensures technology gets into the hands of the end users,” Professor Nixon said.

“The centre’s location, at our Bruce campus, will further create an opportunity for the Canberra region to lead eDNA research, facilitate collaboration and help establish national protocols and standards,” he said.