UC’s Krebs Lecture 2021: Accelerating species recovery through the application of genomics – a tale of the Tasmanian devil and the koala

24 May 2021: Australia has a rich, unique biodiversity – and the worst record of mammalian extinction in the world, says Professor Kathy Belov AO, who will headline this the University of Canberra’s 2021 Krebs Lecture, Accelerating species recovery through the application of genomics: a tale of the Tasmanian devil and the koala.

With between seven and 10 per cent of the world’s plant and animal species found here – and the interconnectedness of ecosystems – this extinction record signifies a real crisis.

From the contagious cancers plaguing the Tasmanian devil to koalas’ debilitating susceptibility to chlamydia, many mammal populations are under siege.

And the plight of the koalas was further spotlighted by the Black Summer bushfires of 2019/2020, which further destroyed so much of their habitat.

“Not only are we rapidly losing species found nowhere else in the world – we are also losing the valuable genetic variations found within those populations,” said Professor Belov, Pro-Vice Chancellor (Global Engagement) at the University of Sydney.

“Consider that these variations have evolved over millennia – shaped by climate, pathogens and other variables – and that they provide populations with the resilience to evolve, and the seriousness of the issue is clear.” 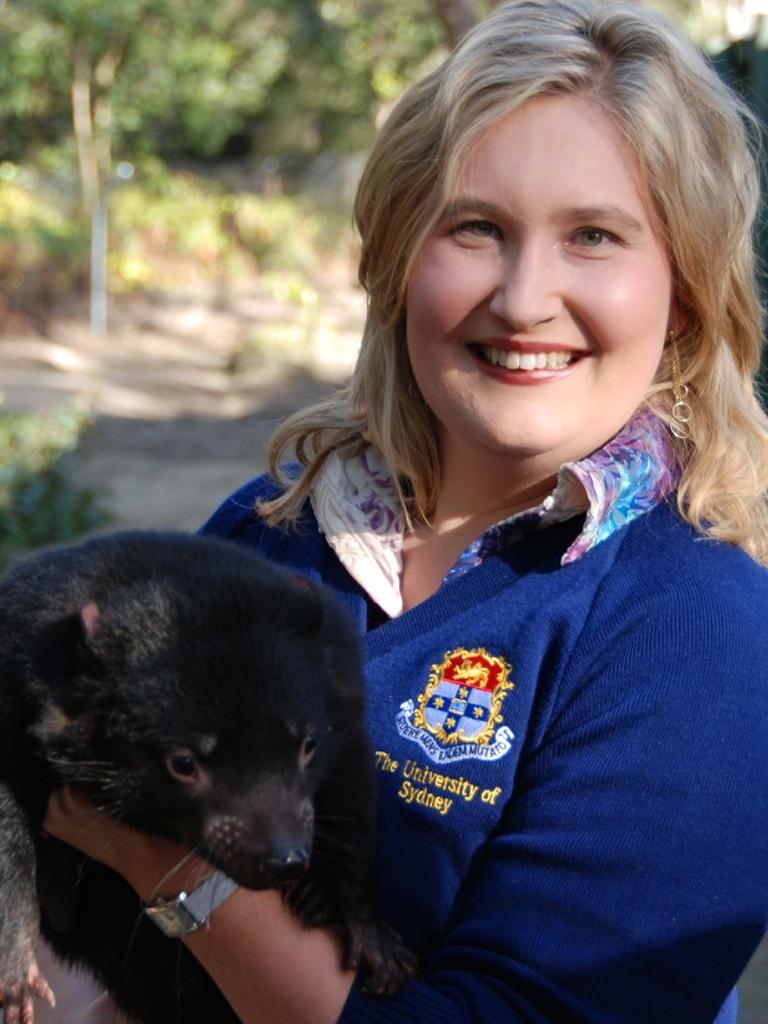 Nonetheless, Professor Belov believes that there is hope – and it lies in the application of genomics to aid and accelerate species recovery.

Professor Belov is certainly in a position to know this, co-leading the publication mapping the koala genome in 2018.

“The cost of gene sequencing has become much more affordable in the last five years, which also makes it more accessible,” she said. “Genomic data can be used to help guide captive breeding and translocation programs to make them as effective and efficient as possible, in order to build resilience within populations.”

Translocation is an affordable and effective tool to introduce and support genetic variation in animal populations, which are often cut off from migration and inter-breeding by human development.

“To illustrate that point: Tasmanian devils have low genetic diversity, but we have found that eastern and western populations have different genetic markers – and when inter-bred, their offspring are more robust, with lower parasite loads,” Professor Belov said.

“We have evidence that we have increased the immunological fitness of populations in the wild,” she added. “And in fact, the Bioplatforms Australia Threatened Species Initiative is applying this approach to a wide range of species under threat, accelerating recovery programs.”

Professor Belov will be speaking on the topic for the 11th Krebs Lecture to be held at the University of Canberra’s Ann Harding Centre on 25 May.

Hosted by the Institute for Applied Ecology at the Faculty of Science and Technology, the Krebs Lecture series is named after renowned ecologist Charles Krebs.

Emeritus Professor at the University of British Columbia, Professor Krebs is the Institute for Applied Ecology’s Thinker in Residence; this will be the first year he is unable to attend the lecture, due to COVID-19 border restrictions.

At this year’s lecture, Professor Belov will present the cases of the Tasmanian devil and the koala. Both are particular focus areas for the Australasian Wildlife Genomics Group, under her leadership.

The research group studies the functional genetic diversity in threatened species, with particular interest in the immune system and evolutionary adaptations, and the ultimate aim of working with both government and non-government agencies to assist species recovery.

Professor Belov’s own special interest in the mammalian immune system dates back to her serendipitous decision to pursue her particular career path.

Working as a lab manager after completing her undergraduate Science degree and Honours year, she was present at a conversation between her then-boss and a colleague.

“The colleague said that marsupials had primitive immune systems, and I thought that was not right at all – and my boss turned to me and said ‘prove him wrong’,” Professor Belov said.

So she embarked on her PhD, and proved that the marsupial immune system is not only advanced, but holds promise beyond its own species.

“Marsupials’ immune systems have various novel adaptations, such as the secretions of peptides that protect their young from bacterial infections,” Professor Belov said.

“When a kangaroo’s joey is born, it’s tiny and its organs take time to develop – but while in its mother’s pouch, it doesn’t tend to develop infections,” she said.

“This is because not only does the mother’s pouch secrete peptides to protect it, the joey itself can also secrete them – and these peptides seem to work broadly, to almost ‘punch holes’ in bacteria and fungi.”

Professor Belov says that such immune defence molecules have been shown to be effective even against drug-resistant bacteria like methicillin-resistant Staphylococcus aureus (MRSA).

“With hundreds of different peptides secreted by different marsupials, this has significant implications for infectious disease response in both animals and humans,” Professor Belov said.

The Krebs Lecture 2021 – Accelerating species recovery through the application of genomics: a tale of the Tasmanian devil and the koala, is on 25 May at 6.30pm, at the Ann Harding Conference Centre, at the University of Canberra.

To RSVP for the free lecture, go to the event page.