5 March 2020: Reflective of the entire season, the UC Capitals were forced to dig deep in the WNBL Grand Final last night.

They looked down and out in the second quarter before recovering to defeat the Southside Flyers, 71-68, in game two of the best of three WNBL Grand Final series.

Having won the opening game at Dandenong on the weekend, the Capitals secured the championship in front of a capacity home crowd of close to 4,500 at the AIS Arena. 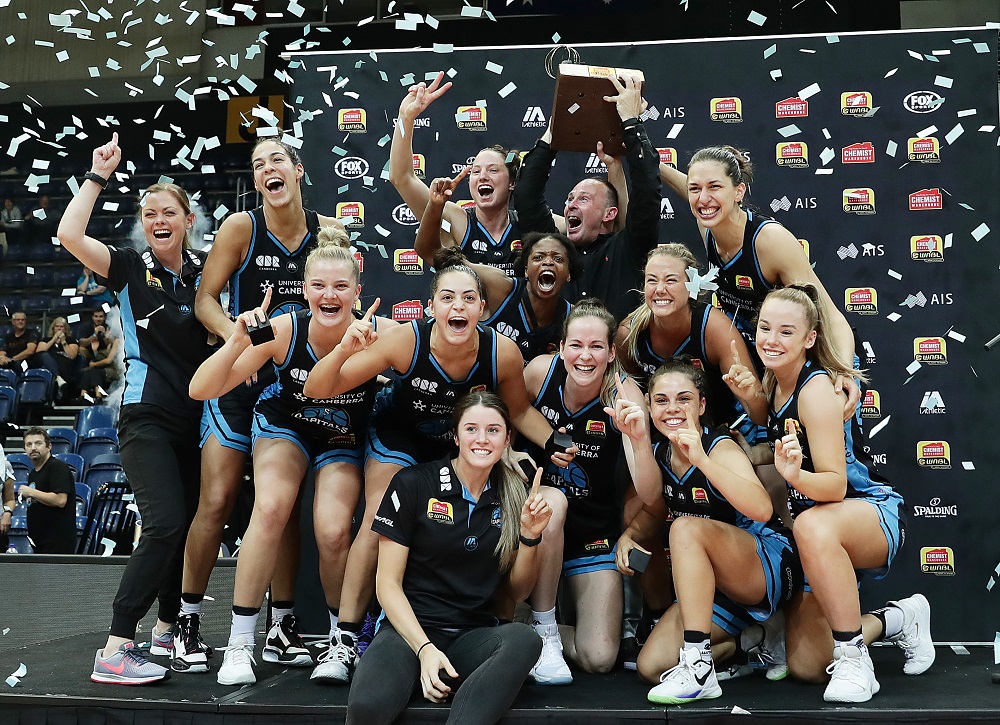 But it was a tough, bruising affair and the Capitals didn’t hit the lead in the game until the third quarter. To get to that point was no mean feat.

At one stage in the second quarter the Capitals trailed by 16 points as the Flyers dominated in virtually every aspect of the game.

In the end, it came down to individual brilliance from the likes of diminutive point guard Olivia Epoupa, who went on to be named the Rachel Sporn medallist for the Most Valuable Player in the Grand Final series.

There was also a moment of magic from Kia Nurse with a clutch three pointer, which put the Capitals in front by three, with 21 seconds remaining.

Ms Tolo says defence in the third quarter was key, with the Capitals outscoring the Flyers 21–9. “We knew our defence had to be better after half time, that was our focus,” she said.

There were scenes of raw emotion and relief at full-time with the Capitals holding on to win by three to secure back-to-back Championships.

Post-game, Ms Griffin commented on a season where the team battled injuries and a lapse in form to recover to win the title: “I knew this season was going to have its highs and lows, but I had no idea what a rollercoaster it would be. We found a way to win. I feel so lucky to play with this team, which has that willingness to never give up, to stay in the fight.”

Ms Nurse, who looks to have played her final game for the UC Capitals, says she had no regrets about coming to Canberra. “It’s absolutely incredible. You never know when a championship will be your last. We had injuries and came back to win a title,” she said.

Ms Tolo, who led by example when it got intense, says the playing group has a strong bond.

“It’s a special group of girls. We all want to play together. We know that every season could be our last together, so that has been a huge motivator.”

Coach Paul Goriss paid tribute to the fighting spirit of his team and their ability to find a way to win.

The key for the club will be to keep the team together as they look towards the 2021 season.