14 February 2020: University of Canberra Capitals player Kia Nurse has today been named the WNBL’s Most Valuable Player (MVP) for the season.

The Canadian import was recognised at a ceremony held at the Australian Institute of Sport this morning. She is the first international player to receive the award and follows in the footsteps of basketball greats like Lauren Jackson – who was awarded four times throughout her career. Miss Nurse is only the fourth Capitals player in history to be named.

The award is determined by a series of votes given by coaches and referees at the end of each game of the regular season.

Speaking at the award-giving, Miss Nurse said she was shocked to have received the award.

“I’m the first import to have been named MVP which is testament to Australian basketball and the talent that’s been here since day one,” she said.

“Individual awards just mean we have a really good team. The players I play with every single day are incredible basketballers and have a lot of talent.”

She also spoke about her time in Canberra over the past two WNBL seasons.

“Australia is a really special place in my heart, Canberra especially. The lifelong friendships that I have with the girls on the team was a huge driving force behind me coming back to Canberra.”

“Every time you go to a new team you want to grow not only as a basketball player but as a person and that’s exactly what I’ve been able to do here.”

Miss Nurse joined the University of Canberra Capitals in 2018 and was part of last season’s championship winning team. She is no stranger to success and was previously a two-time National Collegiate Athletic Association (NCAA) champion with the University of Connecticut.

Team captain and 2019 MVP Kelsey Griffin spoke to attendees at the ceremony, saying she was impressed by Miss Nurse’s “want to win”.

“Your desire to take (and make) the big shots is what impresses me most about you,” she said. “It’s been an absolute pleasure playing alongside you the last two seasons.”

“Everyone knows what a great player she is, but it’s her personality and the chemistry she provides within the group that makes her stand out,” he said.

“She’s come in and embraced Canberra and her teammates.”

Mr Goriss believes that he has seen Miss Nurse grow as a player during her two seasons with the Capitals.

“I think being here in Australia has been great for Kia. Her game has grown, her ball handling has definitely improved and she’s a key focal point with us. The ball is in her hand a lot – she can create and be herself when playing,” he said. 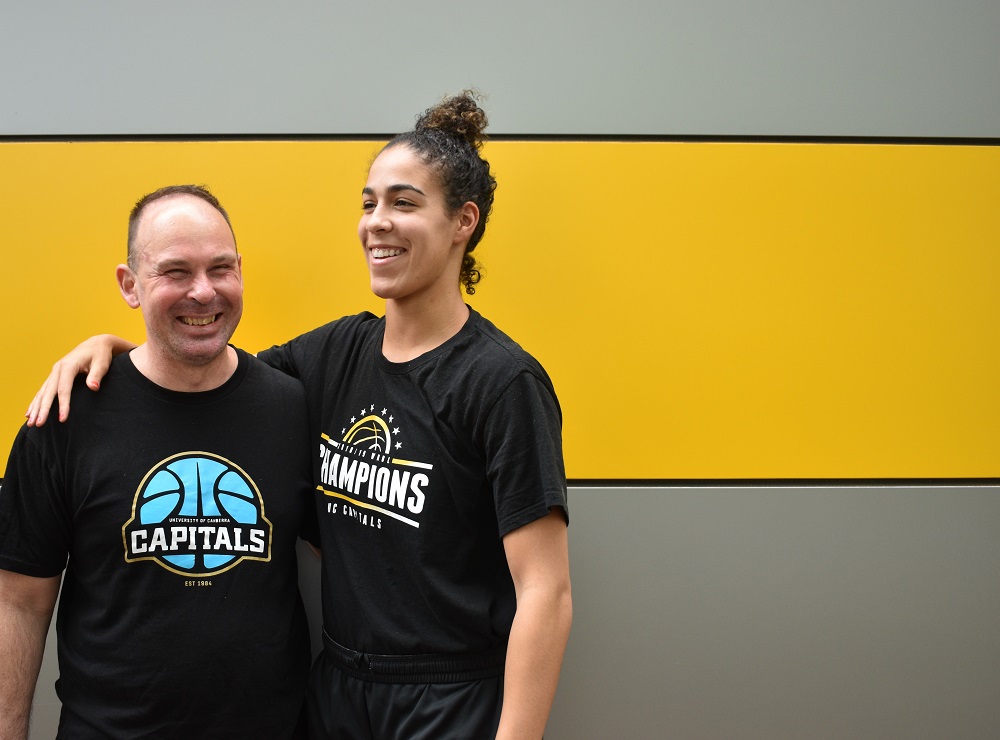 Miss Nurse arrived back in Australia this week following her selection for the Canadian basketball team, with whom she’ll play at the Tokyo 2020 Olympic Games. She spoke about the honour of being chosen.

“I’m a very proud Canadian. The sport of basketball has grown so much for Canada, especially for the women’s side. It means that now there is so many young women who are now picking up a ball in Canada and just giving it a go,” she said.

The UC Capitals have had another successful season, finishing second on the ladder. They’ll play the first of three semi-final games against the Melbourne Boomers on Sunday.

“The end goal this season was to go and get another championship,” Miss Nurse said.

“You never know how long your career is or when it’s going to end so I’m just taking in each and every moment I have here with these guys.”

The third and final game of the UC Capitals vs Melbourne Boomers semi-final series will be on Wednesday 26 February. Tickets are available here.