UC Capitals to be honoured in campus celebration

6 March 2020: A celebration for the 2019/2020 WNBL Champions, the UC Capitals will be held on campus on Tuesday 10 March. University of Canberra staff, students, and the wider community are invited to welcome the team back to their home on campus following their ninth WNBL championship win on Wednesday night.

The reception will be held in the Refectory at 11am, where attendees will be encouraged to ‘go big’ to support the team. Throughout the morning there will be an opportunity to meet the players, view the championship trophy, and shower the team in streamers and confetti.

General Manager of the UC Capitals, Lucille Bailie says that the team’s supporters are just as much a part of the team as the players and officials.

“Our supporters are the UC Capitals’ sixth player and the atmosphere they’ve created at our home games this season have been an integral part of the team’s success,” she said.

“I know the entire team would relish the opportunity to thank supporters in person on Tuesday.”

Ms Bailie recognises the connection that the players and community have throughout the season.

“We’ve all been a part of something truly special over the past six months and the positive impact the Caps have continues to ripple throughout the local community,” she said.

“We’re encouraging everyone that can make it to join us for this final opportunity to acknowledge just how much we value these amazing athletes and people.” 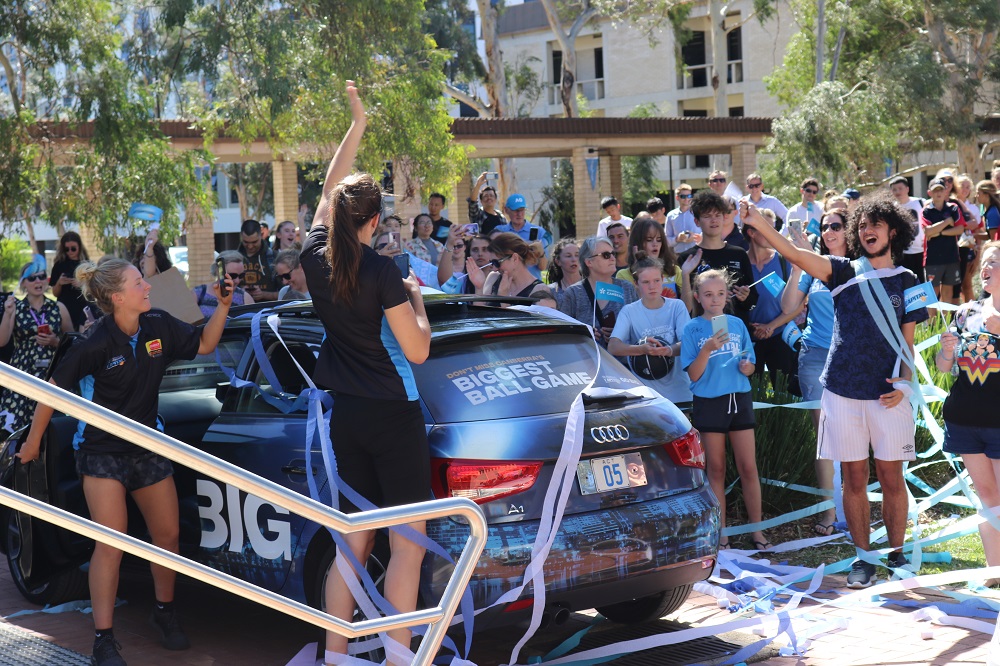 The on-campus celebration will be held at the University for the second year in a row following a parade held in 2019.

UC Capitals player and WNBL MVP for the season Kia Nurse says the support from the University community has been integral this season.

“They’ve been immensely important to us and to our success over the last few years,” she said.

“Our way of saying thank you is bringing some championships home and being able to get out into the community to celebrate with them.”

It will be a fitting homecoming for the team as they come out of their 71-68 win against the Southside Flyers at the AIS. Team officials are encouraging fans to turn up and pack out the Refectory, just as they filled the AIS on Wednesday night. The game was sold-out and nearly 4500 fans packed the arena.

The UC Capitals started off down in the game and remained that way throughout the second quarter. They came out defensively in the second half and shooting excellence from Marianna Tolo, Kia Nurse, and Olivia Epoupa secured the win.

The Capitals have been operating from the UC campus since 2014. They’ve since become the most successful sporting team in Canberra’s history – having won nine premierships and featured in 11 finals appearances.