Ten years of the Krebs Lecture

11 February 2020: The annual Krebs Lecture series at the University of Canberra marks its tenth anniversary this year, with a particularly timely presentation from renowned Landscape Ecologist and Conservation Biologist Professor David Lindenmayer AO on 18 February.

In his lecture From Landscape Transformation to Ecosystem Collapse, Professor Lindenmayer will draw on his 37-year career, as he explores how alterations to landscapes impact biodiversity and the environment, and can lead to the collapse of ecosystems – with a special emphasis on fires and logging in the wake of this summer’s devastation. Click here to read more.

The annual lectures are hosted by the University’s Institute for Applied Ecology (IAE). Conceptualised by Professor Stephen Sarre, the then-Director of the IAE, the lecture series was proposed as a way of sparking discussion among scientists, policy makers and the public on topics relevant to environmental science.

“The speakers we’ve had over the last 10 years have helped us to appeal to a broad audience and generate discussion around some of the big environmental issues,” said Dr Janine Deakin, Director of the IAE. “This discussion is very much needed, as we can tell from everything that’s happening at the moment, worldwide. This year’s topic was planned in September last year, and as it turns out, could not have been timelier.” 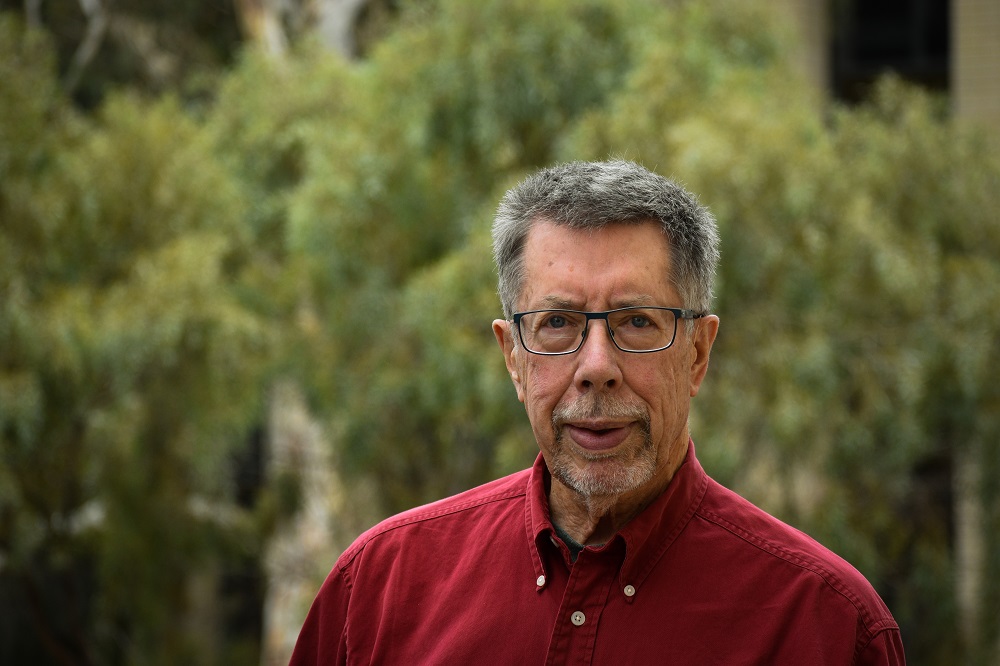 “Naming the lecture series after Charles was our way of acknowledging his extraordinary contribution to our understanding and appreciation of our natural world,” said Dr Deakin. “Charles is the absolute guru when it comes to vertebrate ecology and his insight into current matters – like the impacts of climate change on biodiversity – is tremendous.”

It is Professor Krebs’ big picture approach to the large and small questions of the world that inspire so many.

“Slowly, people are realising that massive changes have been taking place in the world over a very long period of time – and equally, that they have been, for a large part, ignored,” he said.

“When it comes to something like climate change – well, we’ve been talking about that for a good 40 years. But there is a lack of long-term thinking and political will to actually do something about it.

“This is one reason that the work at the IAE is so valuable – it looks at practical, real world issues and how to help the natural world, but also how to help people – the balance is very important.”

Professor Krebs cites the Seventh Generation Principle, believed to be based on ancient Iroquois philosophy – it basically says that decisions made today should resonate positively seven generations into the future. It’s a philosophy shared by many other Indigenous peoples around the world.

“This is in direct opposition to the philosophy of so many politicians today, whose main job seems to be focusing on getting reelected in the short term,” Professor Krebs said.

Eschewing style-over-substance short-term solutions (“Putting colonists on Mars?! That’s the most ridiculous thing I’ve ever heard!”) and putting economic concerns before ecological ones, Professor Krebs thinks that the way forward is rooted in studies like Professor Lindenmayer’s – in-depth and carried out over decades.

“David studies trees that are thousand of years old,” Professor Krebs said. In the grand scheme of the planet, millenia form a cumulative blip – but it’s enough to give ecologists insight into emerging patterns, interactions and consequences.

The first step to get the important decisions based on a bedrock of solid science is to get people to be aware – and to care. The Krebs Lecture is one avenue for this.

Professor Krebs is well aware that in the ongoing war between money vs conservation, ecologists face an uphill battle. “Too many people with dollar signs in their eyes, when they look at a forest of mountain ash,” he said.

But Professors Krebs and Lindenmayer and their ilk, have fire in theirs – as do a host of people who have lived through this summer’s blazes and smoke.

“I think that we have come to a time of people being increasingly well-informed on environmental issues, and something like this year’s fire devastation in Australia pushes these issues even more to the forefront,” Professor Krebs said.

He’s looking forward to a lecture with great relevance, resonance and insight – which will hopefully translate into greater discussion and policy.

TEN YEARS OF THE INSTITUTE FOR APPLIED ECOLOGY’S KREBS LECTURE

2011: Charles Krebs What an ecologist tells us about sustainability

2012: Brian Walker Learning how to change: Lessons from ecology for an uncertain world

2014: Tim Flannery A new approach to biological conservation in an era if climate change

2015: Peter Garrett How long can we keep biting the hand that feeds us?

2018: Emma Johnston Life in the fast lane: How will our coasts respond to future change?