A natural solution to save the bees

A research project at the University of Canberra holds amazing promise, using probiotics to save bees from chalkbrood disease, says microbiologist Dr Murali Nayudu, Adjunct Associate Professor with the Faculty of Science & Technology.

“Chalkbrood can absolutely devastate hives,” said Dr Nayudu. Caused by the fungus Ascosphaera apis, the disease can kill a large number of a colony’s brood, affecting hive operations and honey output, and ultimately weakening a colony so that it is susceptible to diseases and pests.

The 15-month project, which began in October 2018, is looking at using probiotics, or beneficial bacteria, to strengthen hives, helping them to resist and even recover from chalkbrood.

“Australian honey is one of the most natural in the world, so when searching for a control method to a problem like chalkbrood, we also want something natural,” said Dr Nayudu.

For this project, he is building on his previous research – a decade-long project investigating the bacteria in bee guts. Dr Nayudu is also collaborating with Dr Doug Somerville, Honey Bee Technical Specialist from the NSW Department of Agriculture, and the University’s Assistant Professor Dr Michael Frese.

“We found that a healthy bee has a reasonable amount of gut bacteria, about 10⁵ or 10⁶,” he said. “And we were also investigating as to whether there was a change in the bee gut bacteria as a result of disease.”

His team found that healthy bees have more volume and diversity of bacteria in their guts, as compared to bees which had been afflicted with chalkbrood.

“And hives that recover see the bacteria numbers go up,” Dr Nayudu said. “That’s what made us think that the use of probiotics is a potential way to prevent or even cure the disease, and maintain hive health.

“The depletion of the probiotics in bees can be caused by a pathogen, because of the disease, but we are checking to see if it is a causal effect or an indicator,” he said.

Dr Nayudu is currently looking at isolating the bacteria which can kill the chalkbrood fungus, so that he can develop a special strain of probiotics for bee health. To that end, he’s working with two colonies, one in Bega, on the south coast of NSW, and the other in Lanyon, just outside of Canberra.

“They have different micro-climates, and there are different pollen sources in both places,” said Dr Nayudu. 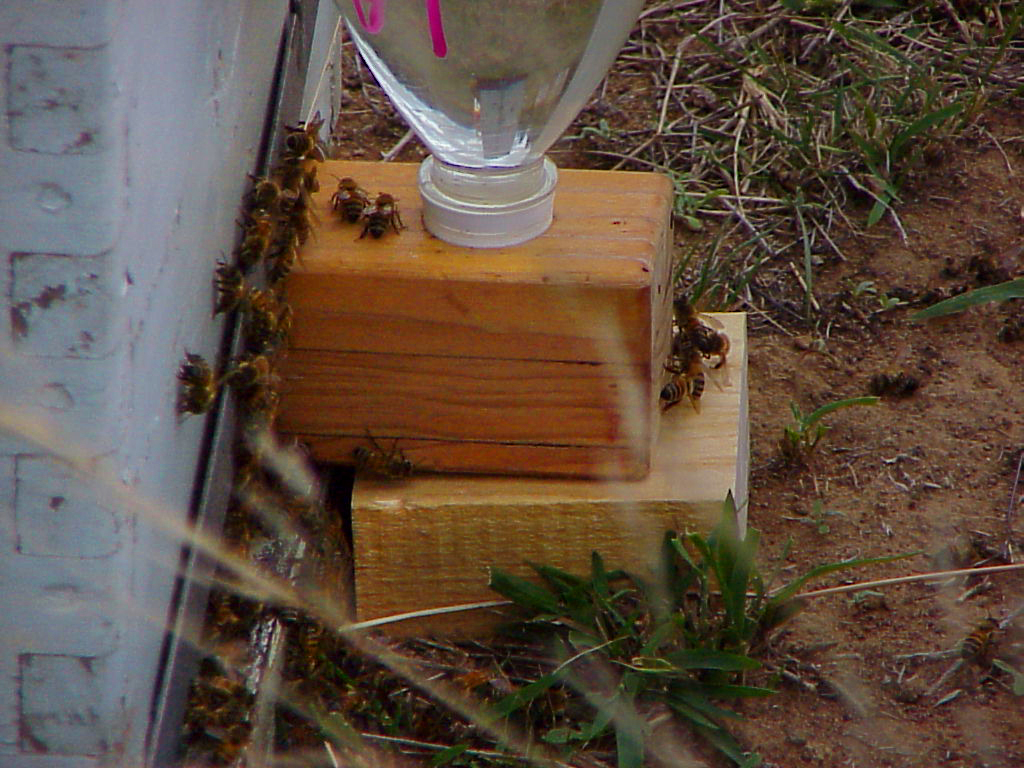 The sampling of bee gut bacteria from both colonies is done on a monthly basis. “From about 20 or 30 strains, we should be able to isolate five or six, which I will use to develop the probiotics,” Dr Nayudu said.

“The second stage of the project will see us feeding probiotics to the bees, to see if it helps improve their recovery from disease,” he said.

This bees will be fed a sugar solution with the bacteria and gluconic acid, an anti-fungal agent. “Once chalkbrood-affected bees are fed the probiotic-laced sugar solution, they can recover in four to 12 weeks,” Dr Nayudu said.

“The syrup also helps the bees to keep their metabolic rates up, which can help hives infected with the chalkbrood fungus to recover,” he added.

Nurse bees can help clean the fungal spores from the hive before they can be ingested, and worker bees can remove the fungus-affected mummified larvae that will host new spores, thereby limiting the spread of the fungus within the hive.

“They can only do that if they are active, hence the importance of keeping their metabolic rates up,” Dr Nayudu said. He hopes that the project will result in a multi-pronged approach for bee health.

“I want to  to use the probiotics developed not just as a treatment, but also as a prophylactic and an indicator of hive health,” he said.