This report is based on a survey of 2,038 regional news consumers. The aim of the study was to identify gaps in local news provision in regional parts of Australia and whether there is an appetite for new grassroots news offerings. The study finds the strongest desire for additional news services among residents of communities where news outlets have closed. In light of the ongoing decline of regional news services, accelerated by the impact of the COVID-19 outbreak, this report points to the types of news people in information reduced communities are looking for and how much they are willing to pay for it. 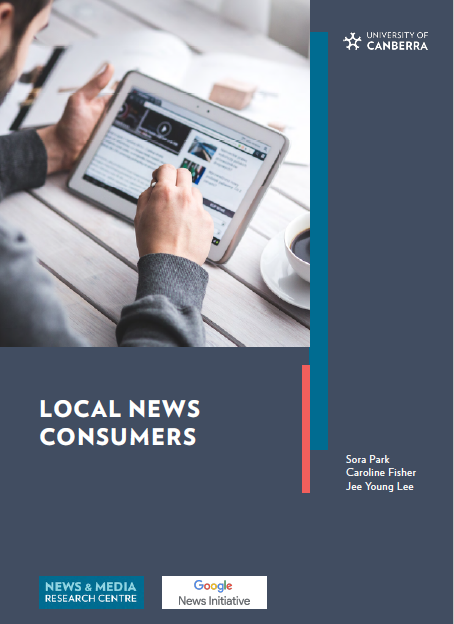 There are large gaps in news provision to regional audiences

The majority (88%) of regional news consumers access local news regularly. However, one quarter of survey participants said they did not have a local TV news service (24%) or newspaper (25%). One third said there was no local commercial radio (33%) and more than half (55%) said there was no physical ABC local radio presence in their area.

Trust in local news is higher than national news

Generally, regional news consumers have much higher trust in local news (63%) compared to trust in national (49%) or in news in general (48%).

Residents in smaller Local Government Areas (LGA) tend to have lower satisfaction with local news compared to those living in larger LGAs. Those in smaller LGAs are particularly less satisfied with the quality and depth of local news, number of local reporters, relevance of the news to the community, the range of local news options, the number of news stories produced in their area, and the overall amount of local news.

62% of those who were aware of mergers and closures said it had a negative impact on their local community. Of most concern, almost half (46%) of those news consumers said it had led to a reduction in the amount of local information available; and around one quarter (23%) said it had reduced their sense of belonging to their community. These consumers, who were aware of a local news organisation shutting down or merging, also had lower satisfaction with the current local news offerings compared to those who hadn’t experienced the loss of a local news service.

Loss of local information felt most in small LGAs

the most affected by media closures or mergers; 23% of consumers in those areas experienced a merger or closure in their area, compared to those living in 120k LGAs, where only 12% experience closure or merger. The perceived impact was also bigger in the smallest group of LGAs with populations under 30k. In those areas, the majority (67%) experienced a decrease in information about their local community and resulted in a decline in topics to share with friends (33%). Overall, the biggest impact was in the decrease of local information about the community.

The top three factors that people consider to be important in making a decision about whether to pay for a new grassroots local news offering are quality and credibility of the journalism; easy cancellation of subscription; and in-depth coverage.

Regional news consumers access local news to stay connected to their community and keep abreast of critical information. The top reasons for consuming local news are to know what is going on in their local area (87%); and understand how things may affect them (86%).

Sora Park is Associate Dean of Research at the Faculty of Arts and Design and Professor of Communication at the News & Media Research Centre, University of Canberra. She is the Project Leader of the Digital News Report: Australia.

Caroline Fisher is Deputy Director of the News and Media Research Centre and Associate Professor of Journalism in the Faculty of Arts & Design, University of Canberra, and co-leader of the Digital News Report: Australia project.

Jee Young Lee is the Digital News Report Postdoctoral Research Fellow at the News & Media Research Centre and Lecturer at the Faculty of Arts & Design, University of Canberra.

This project was funded by Google News Initiative.

The project received ethics approval from University of Canberra Human Ethics Committee (No. 2275)