22 July 2022: University of Canberra researcher Dr Claire Pearce has taken out first place and a cash prize at this year’s Big Research Pitch, to advance her research in attracting and retaining occupational therapists to work in the mental health field.

She was one of five early career researchers from the University that went head-to-head in the annual event last night, competing for a share of $14,000 towards their research projects.

Dr Pearce was joined by Dr Chloe Goldsmith, Dr Natasha Jojo, Dr Cindy Karouta, and Dr Rohan Nethsinghe to battle it out, aiming to pitch their research to a panel of judges effectively in just 90 seconds. 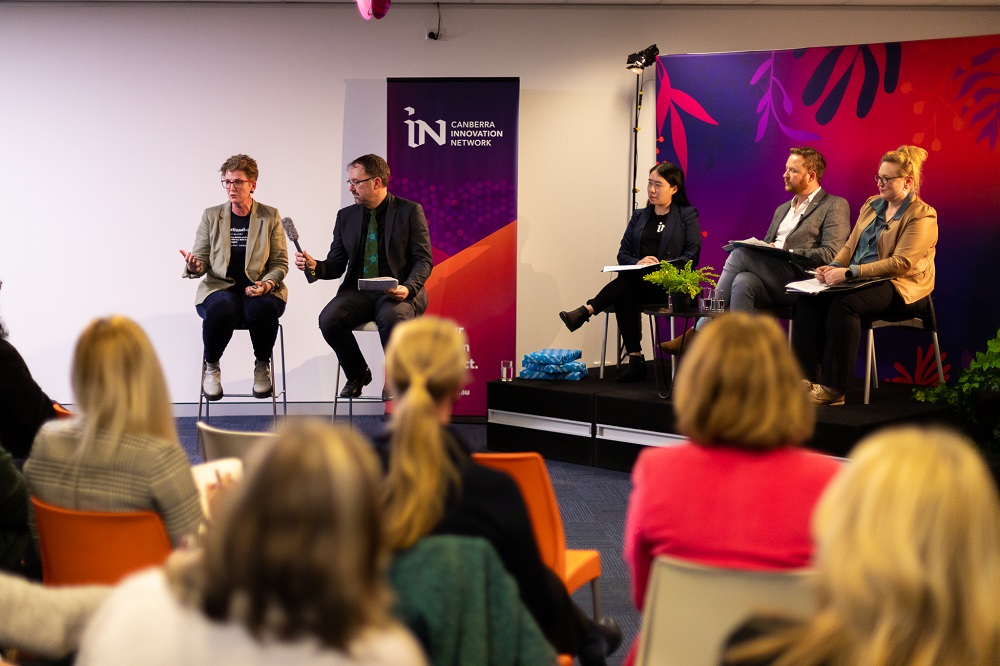 The judges, Deputy Director of Questacon Kate Driver, Creative Director of Synergy Group Jason Perelson and Program Manager of Canberra Innovation Network Irene Zhen had a touch job ahead of them, but crowned Dr Pearce the winner.

“It’s important we see people with mental health struggles as real people with real goals and real passions, rather than illnesses that have to be treated,” she said.

“This funding from the University of Canberra gives us the opportunity to change the conversation around mental health, and refocus the treatment on people leading meaningful lives in their recovery.

“I think even though this is an early-career research project in the sense it’s in its early stages, I am not quite early career so it’s true you can teach an old dog new tricks.”

Dr Jojo took out both the People’s Choice Award and the runner-up spot for her research focusing on training children with intellectual disabilities and their parents in sexual abuse prevention and sexuality. 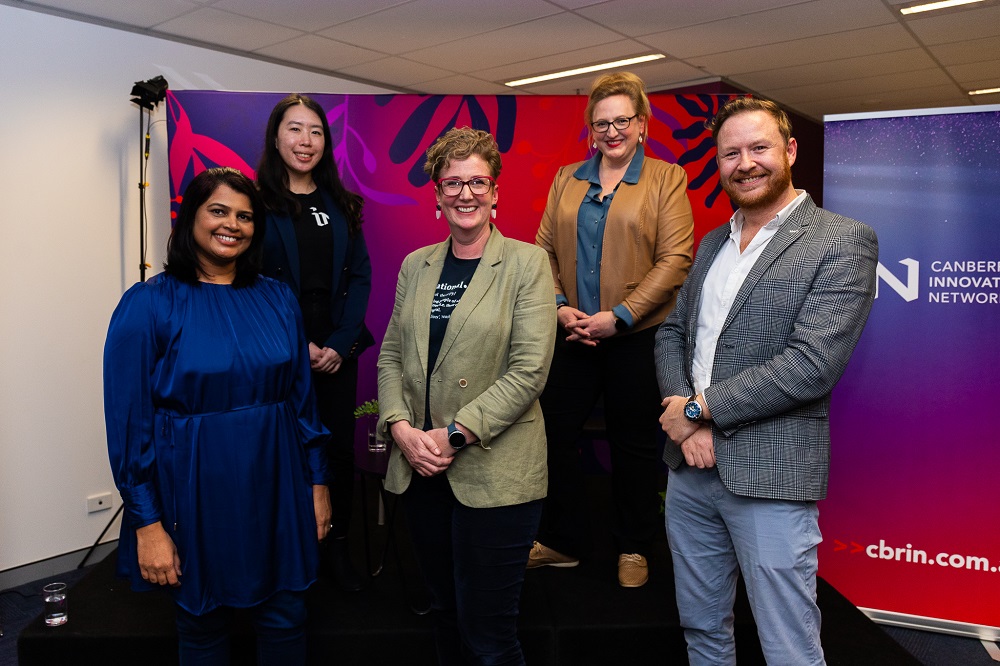 “I’m really excited to be part of another Big Research Pitch, showcasing the University of Canberra’s early career researchers and equipping them with skills to have long and successful careers in research,” he said.

“I think the talent tonight has spoken for itself and shows the University as one that invests in research and the bettering of not just Canberra, but a much wider audience.”

Other participants’ research covered areas such as harnessing the effectiveness of learning through the arts, exploring relationships between lifestyle, epigenetics, and disease and treatment for myopia.