UC experts weigh in on journalism, policy, politics and the ever-changing media industry

1 December 2021: Journalists and the wider media industry will gather virtually this week for the Journalism Education and Research Association of Australia (JERAA) annual conference, which is being hosted by academics from the News and Media Research Centre (N&MRC) at the University of Canberra.

The theme of the 2021 conference, attended by practitioners, scholars, educators and industry, is ‘journalism, policy, and politics’ – a theme that Associate Professor of Communication Dr Caroline Fisher said is particularly fitting given the recent adjustments journalists have had to make in response to the changing media landscape.

“As journalism continues to adjust to shrinking revenues, increased competition, and technological change, the news media also finds itself in a continually shifting policy environment as governments attempt to keep up with the pace of change,” Dr Fisher said.

“The state of the news media, and the role of digital platforms, have moved to the centre of Australian politics. Just this week, we saw the Government introduce a bill to try and force the exposure of trolls online.

“Earlier in the year, the parliament passed the News Media Bargaining Code in a bid to level the playing field between the major digital platforms and news organisations.” 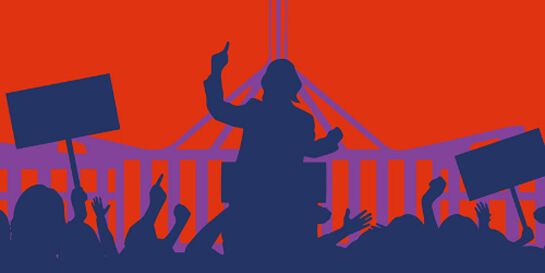 The conference will explore these topics over three days, and attendees will be able to select from a series of seminars to be involved in.

Chief Political Correspondent at The Conversation and Professorial Fellow at the University of Canberra, Michelle Grattan AO, will be attending the conference as one of three keynote speakers, discussing the state of political journalism.

While the conference is held annually, this is the first time that the N&MRC has acted as host.

“The changing nature of journalism is a core area of research for the N&MRC, exemplified by the annual Digital News Report: Australia,” Dr Fisher said.

“So, hosting the conference is a natural fit for me and the Centre. UC hadn’t hosted the JERAA conference for many years, so I volunteered to convene it to bring people to the capital.”

Dr Fisher will join 16 University of Canberra colleagues who are involved in the event through hosting, presenting, speaking and contributing to panels discussions.