31 March 2021: The University of Canberra has proudly partnered with the Minderoo Foundation’s Thrive by Five campaign, further cementing its commitment to high-quality early education.

Executive Dean of the Faculty of Education at the University of Canberra, Professor Barney Dalgarno, said that the University was excited to support the campaign and build a partnership with the Minderoo Foundation.

"UC has a long history of research and engagement in the early learning sector and a very strong commitment to the objective of high quality and universally accessible early learning opportunities for all children," he said.

"We are excited to partner with the Thrive by Five campaign and to directly contribute to the evidence base behind the initiative.

"We’re hoping that by working together, we can help advance this issue to the top of the political agenda for the benefit of the early learning system, educators, researchers and, most importantly, our future generations."

The Minderoo Foundation was established in 2001 by Mrs Forrest − a University of Canberra alumna − along with Andrew Forrest, and aims to drive positive lasting change.

The University joins more than 60 individuals and organisations now supporting the Thrive by Five campaign. 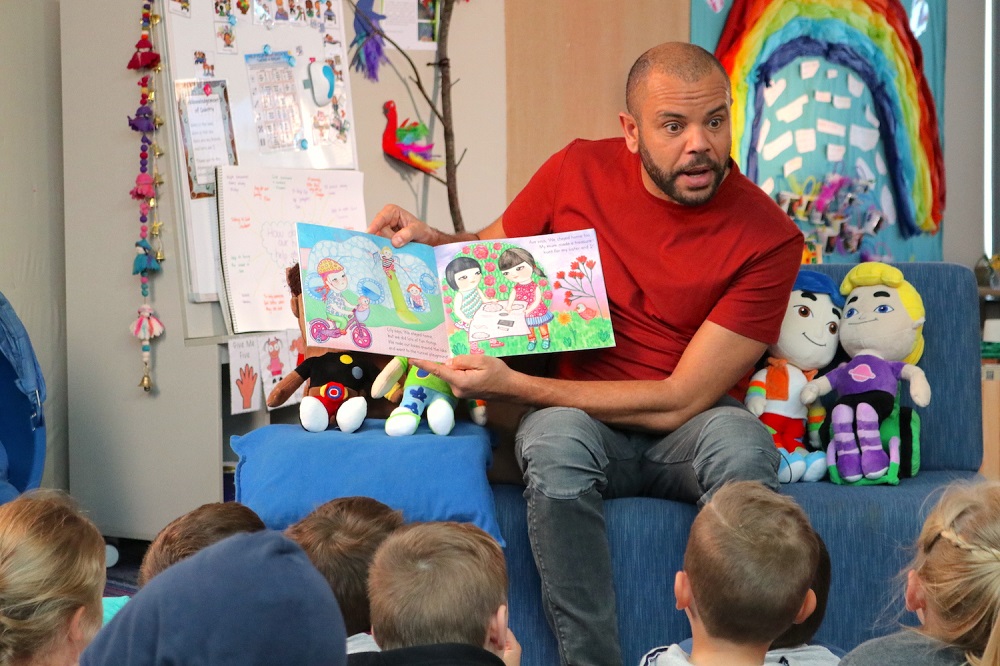 "Reforming Australia’s childcare and early learning system resonates with every family in the country, and we’re thrilled to have the University of Canberra’s backing," Mrs Forrest said.

"The research and modelling on the importance of early childhood learning has reached the point where it is both compelling socially and economically."

The Thrive by Five initiative will engage with government, research institutes and other stakeholders to advocate for effective policy and investment in Australia’s early learning system.

Mr Weatherill said the University of Canberra's support would help strengthen the evidence base of early learning and continue the political conversation around the topic.

"We’re very excited to have the University of Canberra on board and we can’t wait to work with them on a range of opportunities for the sector," he said. "We’re sure that together, our impact on this issue will be significant."

Professor Dalgarno said the University would be further supporting the initiative by continuing to ensure its early learning graduates had all the tools to succeed.

"We strongly believe that the proposed reforms will help to ensure that early-year educators that come through our University are well-resourced and supported in the workplace after they graduate," he said.

"The University of Canberra is ready to advocate for this campaign however we can."