Modern, Inclusive, and Diverse: A new Coat of Arms for the ACT

12 July 2021: Student designs for a new Australian Capital Territory (ACT) Coat of Arms are on display at the University of Canberra’s Mura Gadi Gallery this month.

The University partnered with the ACT Government in the program aimed at encouraging students and community members to submit their ideas for the Territory’s new symbol.

The displays are visual designs created by Bachelor of Design and Master of Arts students, and reflect a more modern, inclusive, and diverse Territory Coat of Arms.

The works have been prompted by a 2018 government enquiry, which discovered the current Coat of Arms was not representative of the Territory’s contemporary community. 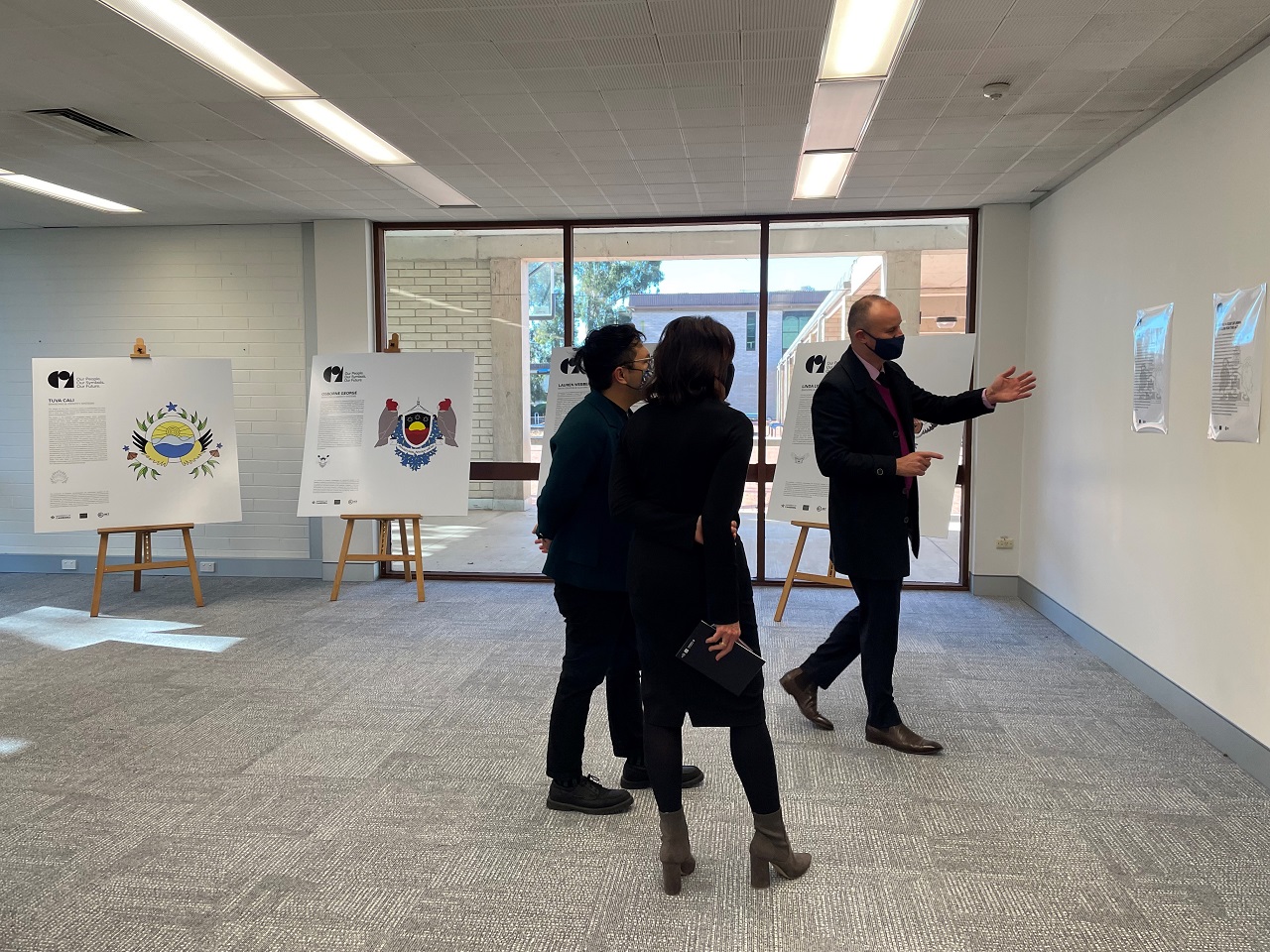 Director of the University’s Centre for Creative and Cultural Research (CCCR) Professor Tracy Ireland said they have found the Canberra community feels that symbols are particularly important in representing the territory and its people more inclusively.

“This is an exciting opportunity for our design students to potentially create something that could represent our community into the future,” Professor Ireland said.

“From the conversations that have been had, it’s clear the Canberra community feel strongly about modernising our symbol.”

The ACT Government and community groups have created an open design brief for the Coat of Arms and are seeking submissions from the public, which could include traditional heraldic designs or more modern emblems and insignia.

The eighty visual communications students working on designs have been encouraged to consider using the official emblems of the ACT, symbols used by traditional owners in Ngunnawal culture and the Territory’s unique natural elements within their designs.

The exhibition in the Mura Gadi Gallery at the University of Canberra will run until 20 July, with a virtual exhibition running simultaneously online.