The annual scholarship for University of Canberra journalism students is named after Peter Leonard, who was a much-loved journalist and news presenter at WIN News for 16 years. It was created in recognition of the contribution Mr Leonard made to journalism in the Canberra region over his 45-year journalism career.

Ms Gale is one of two students who interned in the WIN Canberra newsroom over two months to develop their journalism skills.

“Laura approached this internship with a great attitude and work ethic, and her confidence grew enormously in just three weeks,” said Laura Gardiner, Chief of Staff at WIN News Canberra.

“She tackled tasks with maturity and intelligence and was a pleasure to have as part of our team.

“Congratulations also to our runner-up Naomi Thomas, who showed promising potential in journalism.” 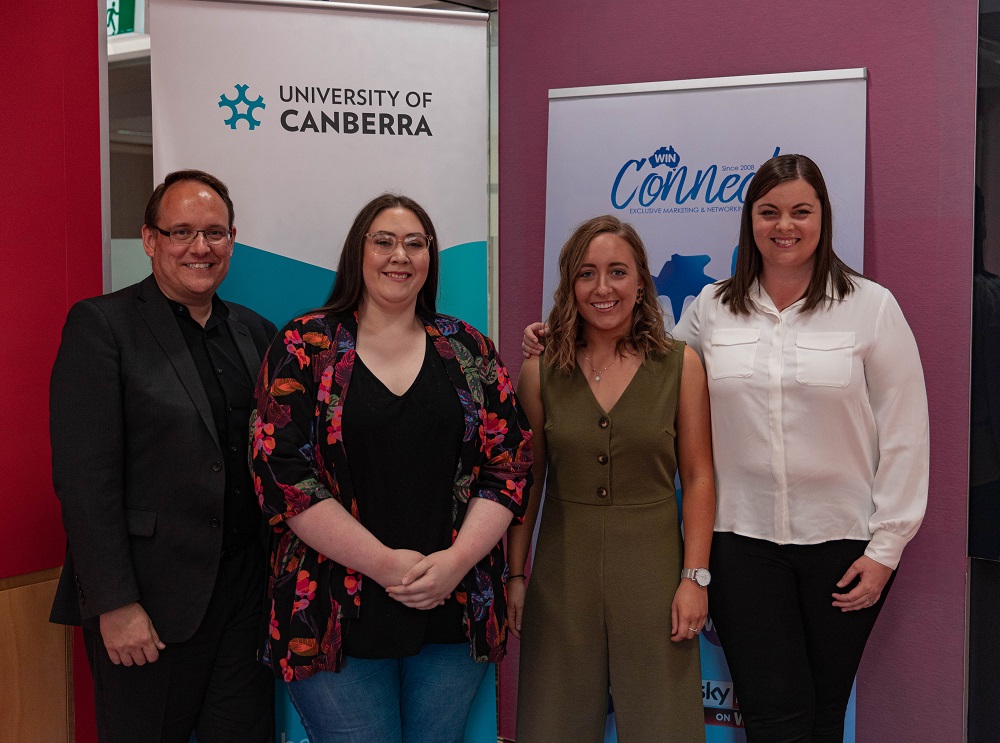 Ms Gale, who has also interned with the Canberra Raiders, St George Illawarra Dragons, the ABC and the Canberra Times during her studies, is looking forward to pursuing a career in sports journalism.

“My internship at WIN was an incredible experience. I learnt so much about broadcast journalism, including how to work to a deadline and improve my script writing,” said Ms Gale.

“As a Sports Media student, I loved the opportunity to step out of my comfort zone and create stories about arts, education, politics and crime. I felt extremely confident and comfortable with the help of a great team guiding me.”

The scholarship winner receives $2,500 and will work as a journalist in the WIN Canberra Newsroom for three weeks.

“Internships provide students an invaluable pathway into industry, bridging the gap between UC and the workforce,” said Professor Jason Bainbridge, Executive Dean of the Faculty of Arts and Design at the University.

“We thank WIN for its ongoing commitment in supporting our talented journalism students.”

“In a time when regional news services in Australia are under pressure, we’re proud to work with WIN to develop the next generation of journalists who are committed to quality local news,” she said.