Reap what you sew: UC's Repair Cafe is all about textile sustainability

10 September 2018: Every Wednesday since early August, University of Canberra students and staff have been seen hurrying towards the UC Engage Space, carrying ripped jackets, hole-ridden shirts and torn jeans.

They’re heading for the UC Repair Café, where PhD student Monica Andrew has spun her research on textile sustainability into a tangible, real-world thread of practical learning.

Via the café, she’s intent on equipping the people who attend these sessions with the skills to mend their own damaged clothes, and therefore prolong their lifespans.

“I think the battle sometimes is just knowing that something can be repaired, and how and where to start,” Ms Andrew said. “And there’s a joy in doing things ourselves.” 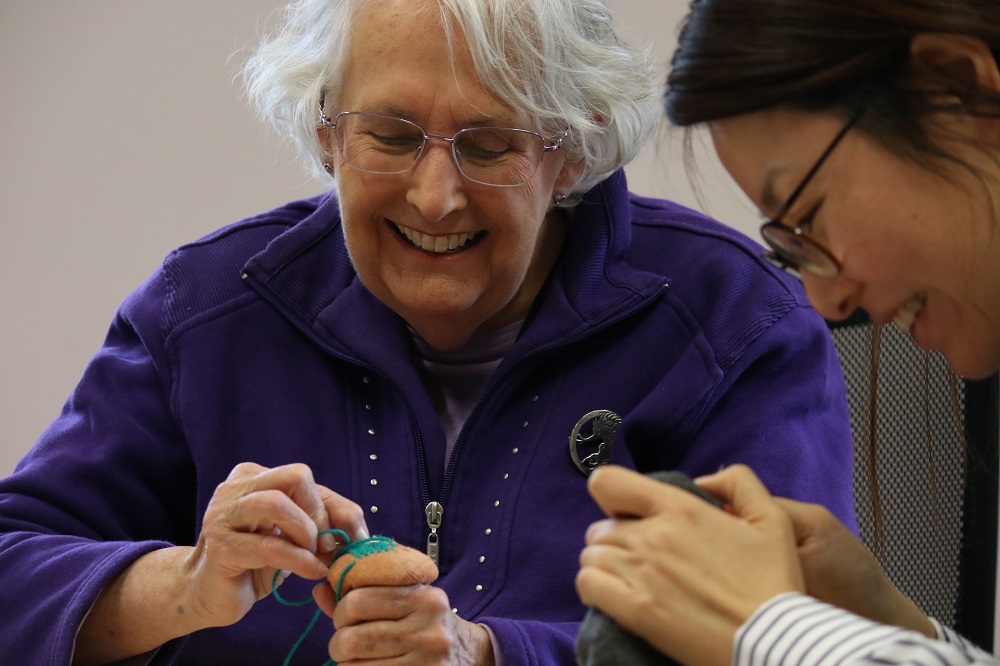 Monica Andrew is imparting needlework and repair skills to enable people to mend their own clothes, thereby extending their lifespans. Photo: John Masiello

Ms Andrew had been toying with the idea of embarking on her PhD after finishing her Master of Arts in Communication, but didn’t have a subject in mind. Then she watched the ABC’s War on Waste documentary that premiered last year.

“According to the documentary, 315,000 tonnes of fast fashion end up in landfill every year in Australia – 6,000kg of textiles dumped every 10 minutes! I was horrified, it was such a waste,” she said.

The indiscriminate discarding of waste has a huge environmental impact. “Just one example: the problem of plastic polluting the ocean is not just about straws. Fibres from polyester clothes also pose a problem,” she said.

Just one example: the problem of plastic polluting the ocean is not just about straws. Fibres from polyester clothes also pose a problem,” she said

Ms Andrew started thinking about how to redevelop people’s relationships with textiles and clothing – and realised she had found her research topic.

Looking towards a sustainable future, Ms Andrew thinks we can find inspiration in the past.

Her research is partly rooted in a time when making and repairing skills buoyed a culture based on resilience, rather than today’s consumerism-fuelled throwaway society.

“I’ve been interested in the textile arts like needlework and embroidery my whole life, and I feel these are skills that we’re losing as a society,” Ms. Andrew said.

“People aren’t learning needlework at home or at school. Clothes are cheap, and sewing is often seen as uncool – but it wasn’t always that way. 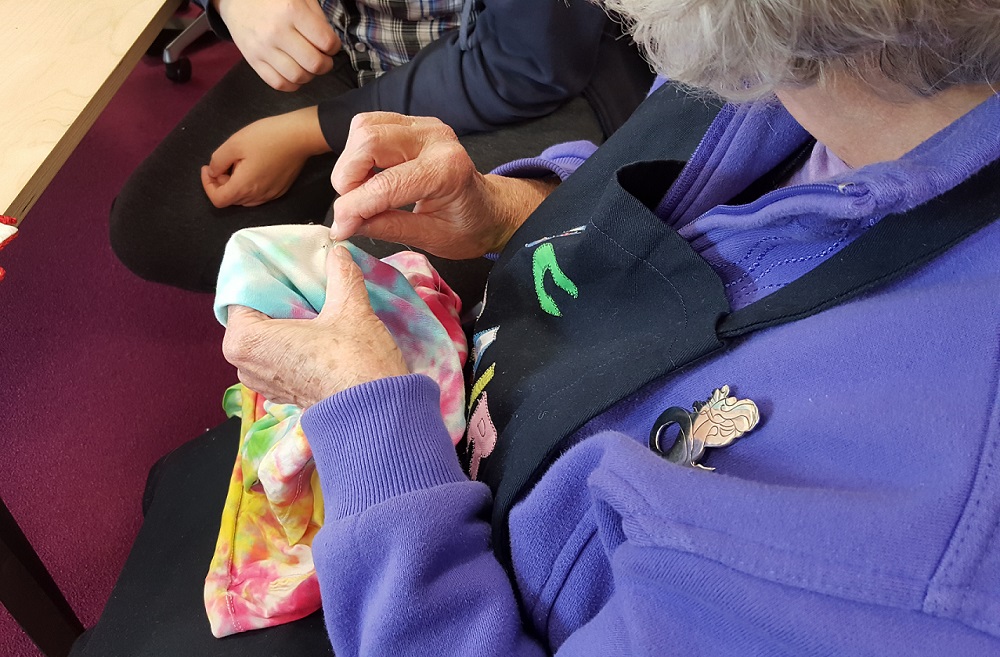 Needle skills are being lost in a modern age where fast fashion is the order of the day. Photo: Suzanne Lazaroo.

“The first part of my research is about what people in Australia and England used to do with clothes in the early 20th century – specifically, during the Depression and World War II.

“My mother was a child of that era, and she taught me the habits that she had learned,” Ms Andrew said.

“During the Depression, people didn’t have money to buy clothes, so they made and mended them. And in World War II, mending became less about frugality, and more about being patriotic, with the Make Do and Mend pamphlets.”

These were issued by the British government, and were aimed at encouraging both frugality and style in a time of intense rationing.

“The second part of my research focuses on how to foster these skills in a modern age. That’s where the Repair Café comes in,” she said.

Started by Martine Postma in The Netherlands, the Repair Café movement can encompass the longevity-extension of just about anything from electronics to woodwork – and is always about making society more sustainable and less consumerist.

“Mending in a social environment makes it a lot of fun,” Ms Andrew said. “It’s also about talking to the people that come in about the garment they’ve brought. People often say ‘oh, it’s just a cheap shirt …’ and then its background story comes to light.”

Ms Andrew’s philosophy seems to resonate strongly with the people who visit the UC Repair Café.

“I’m here because I have basic sewing skills, but my repair skills aren’t great,” said Amy Nicholson, who is studying for a Bachelor of Primary Education (STeM).

“I have a lot of clothes that have just one little hole in them, and I thought it was wasteful to just throw them away, when I could just put a little work in and save them.”

Anyone bringing their clothes along to the UC Repair Café can also fill in a questionnaire which will help further inform Ms Andrew’s research.

She hopes to continue the Repair Café sessions even when she is finished with her studies.

“It’s a model with a lot to offer. It’s about sharing skills with others who may not have them, and this sort of ripples outwards through society,” she said.