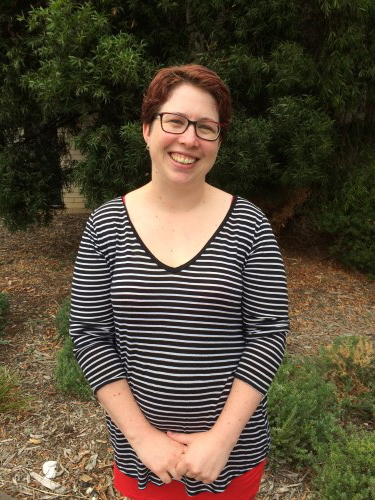 Jill completed an undergraduate degree at the University of Canberra in 2003, and returned to study metal contamination in food webs for her honours thesis in 2007-08. Jill returned again in 2012, this time as a PhD student investigating how energy storage can be used as a biomarker of environmental stress.

“I was drawn to this topic from my interest in ecochemistry and toxicology. I think being able to quantify the effects of stress on an ecosystem is an important tool for ecosystem management,” says Jill. “I’ve established new methods that make measuring energy much faster, and therefore a more viable tool in the future.”

Jill finds the IAE a welcoming and exciting place to study, in particular the people and the dynamic energy involved in research. However it’s not all academic with Jill. In between her studies Jill worked for local and federal government, including ten years with Defence undertaking environmental risk management, and had three children along the way. 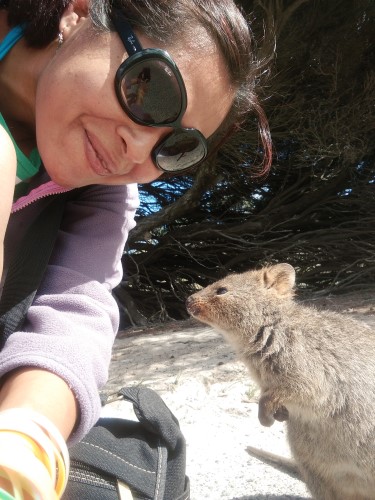 It was during her undergraduate degree that Margarita became fascinated by marsupials. “My interest was sparked when I found out there were more marsupials than the ‘classic’ kangaroo and koala. In fact, opossums are native to Latin America, and that there are eight species in my home country of Mexico,” said Margarita. “The more I read, the more interested I became. I found out that the migration routes of marsupials were not yet ‘solved,’ and I thought this would make a good PhD topic.”

Margarita is enjoying her research at the IAE, in particular a good working atmosphere, research quality, and the support given to HDR students to attend conferences which helps promote networking with other institutions.

Margarita is considering a number of different career options once she completes her PhD, including applying the tools and software she will develop during her studies to other research projects. Margarita also sees communicating science to students as an important role, and is considering becoming a lecturer. 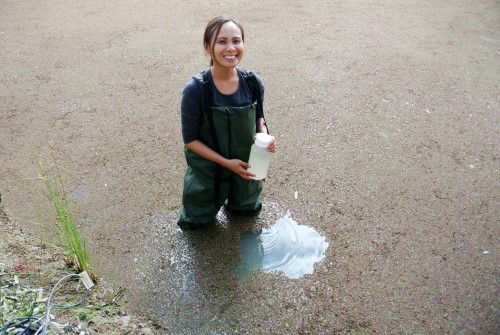 Rheyda undertook a one month industry placement at the non-profit Centre for Agriculture and Biosciences International (CABI), Malaysia. With a strong background in invasive species, Rheyda’s primary duty was to assist with the preparation of the annual report and literature survey for the project ‘Removing Barriers to Invasive Species Management in Southeast Asia.’

In addition to working on CABI based projects, a highlight of Rheyda’s internship was the opportunity to present her own work on environmental DNA. Rheyda explained how environmental DNA can aid in CABI’s work, and was asked to write a concept proposal with one of the CABI researchers on its potential applications there.

Rheyda enjoyed her time at CABI, in particular working with scientists who are passionate about sharing their expertise to build capacities and solve problems in agriculture and the environment. “I witnessed firsthand the application of science for development. When I graduate I would like to work with a similar non-profit organisation or the government, to manage environmental projects,” says Rheyda. 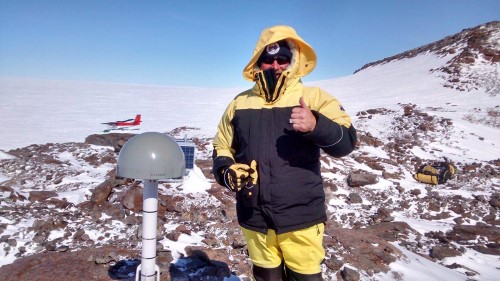 Studying at the IAE isn’t limited to pure ecology classes, students can also enrol in a range of landscape processes and environmental subjects. Over the summer Marcello took part in a research project in Antarctica which aims to better constrain the past extent of the Antarctic Ice Sheet. This work will help modellers predict how the ice sheet will respond to future climate change. Marcello collected glacial erratics (rocks dropped from the bottom of the ice sheet) from rocky outcrops in the Vestfold Hills. The rocks will be crushed and dated to see when the ice last covered the area.

It was a challenging place to work, and not just because of the cold climate. Marcello learnt firsthand the complexities of running a remote scientific field expedition. “We had to balance competing needs of other projects with our own. Particularly demands on aircraft to visit various field sites. This was made harder when the weather was bad, and we missed going to a priority site due to weather conditions,” says Marcello.

Marcello enjoyed being part of the field expedition, and is considering further research when he completes his honours thesis.