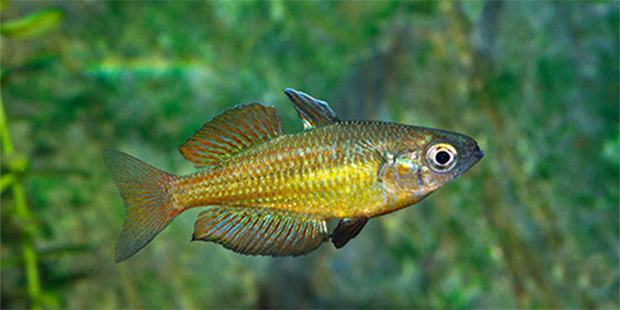 Several species occur only in a small area and face major threats to their survival. The Australian New Guinea Fishes Association, with help from Peter Unmack and Diversity Arrays Technology, have been running several rainbowfish conservation projects in the last year. 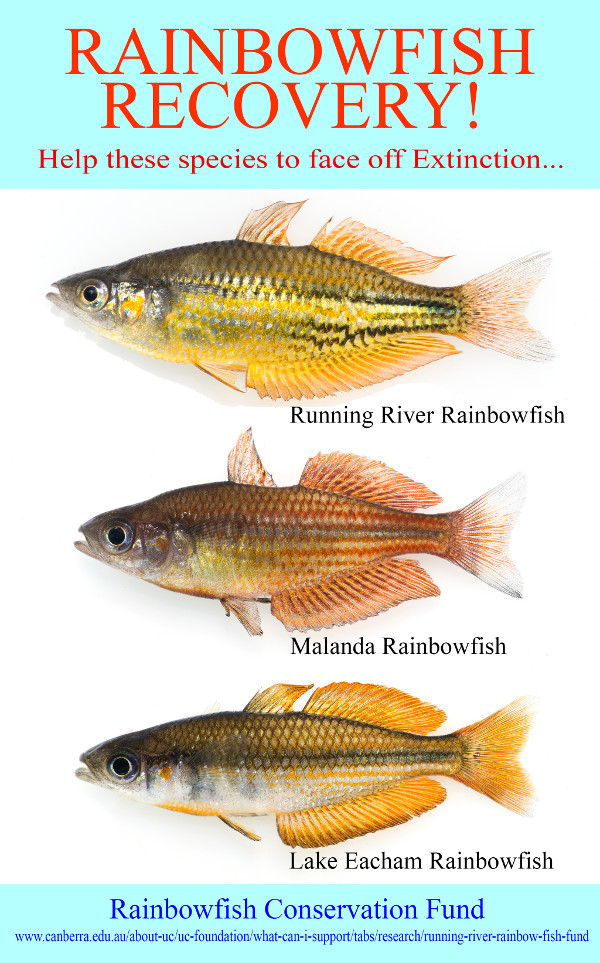 The first project focusing on Running River Rainbowfish has been a great success so far with over $20,000 raised through our crowd funding effort.

Donations have made possible the genetic testing of 207 wild caught and captive fish, informed captive breeding using wild caught fish at UC, and shipped offspring to Townsville for grow-out at James Cook University. Those fish are currently being released to start new populations that will ensure the conservation of that species.

At this stage we need additional funds to help cover expenses to ship Running River Rainbowfish to Townsville that have been bred at the University of Canberra. We need to conduct more genetic research to help clarify the distributions of pure Malanda and Lake Eacham Rainbowfishes as both appear to be declining due to invasion by Eastern Rainbowfish exacerbated by broader changes to catchments and climate.

This genetic research is the only tool currently available that can reliably identify hybrids to ensure that any translocations are based only on pure fish.