On a routine monitoring expedition, Dr Peter Unmack discovered a species under siege ... and turned to crowdfunding to save it.

In 2015, the University of Canberra researcher and fish biologist was on an expedition to monitor the freshwater fishes in Queensland’s Running River, with Dr Michael Hammer from the Museum and Art Gallery of the Northern Territory.

In their nets, Peter and Michael expected to see only one kind of rainbowfish – the Running River Rainbowfish – which lived in that particular part of the river.

Native to only Australia and New Guinea, rainbowfishes are small, brilliantly-coloured creatures, their multi-hued iridescence changing with every flash of light. There are about 110 known species, with more being discovered. Each species is peculiar to a particular geographic location.

“One of the quirky things about rainbowfishes is that they tend to really differentiate between creeks, so you get different colour variants in different localities,” Peter said.

It was this colour difference that alerted Peter to a potential disaster – along with the Running River Rainbowfish, a second kind of rainbowfish was finding its way into their nets.

This was the Eastern Rainbowfish, an unexpected catch because even though this species lived in Running River, it was not native to this particular 13-kilometre stretch. Peter suspects they were introduced a couple of years prior. 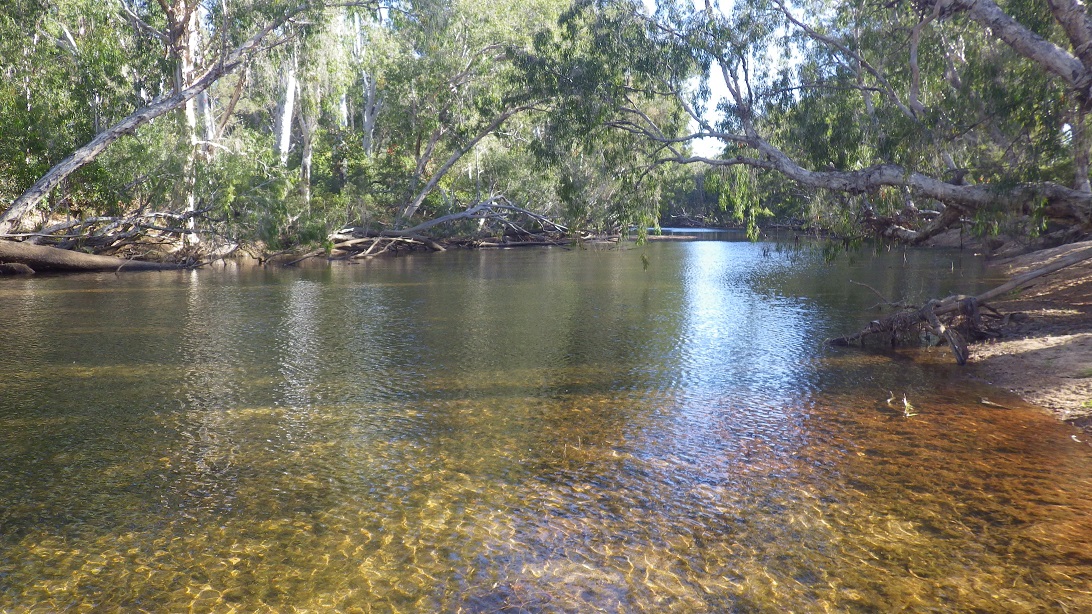 “We had been working on various rainbowfish species for years, but were unsure of the status of the rainbowfish populations across the Burdekin River catchment,” he said.

“The Running River Rainbowfishes were the most distinct rainbowfish in the Burdekin River catchment, genetically distinct because of their isolation,” Peter said.

“But now they had started mating with the introduced Eastern Rainbowfish and were about to ‘hybridise’ themselves out of existence.”

The threat posed by hybridisation led to the Australian Society for Fish Biology – convened by the IAE’s Mark Lintermans, a member of the rainbowfish rescue team – declaring the Running River Rainbowfish as critically endangered in September 2016. It also made the fight to save it particularly urgent.

Peter estimates that within a year, the proportion of hybrids rose dramatically, from 30 per cent of the fish examined, to 60 per cent.

“Time was of the essence, because we needed genetically pure fish to breed a captive community,” Peter said. “And there was no quick pocket of government funding to tap into for this rescue plan.”

That’s when the team decided to turn to crowd-funding, in collaboration with the Australia New Guinea Fishes Association.

With their vibrant colouring, rainbowfish are aquarium favourites and have a small but dedicated global fan base.

About $12,000 was initially raised, all of which went towards the conservation efforts. “To date, the total amount raised is $23,000, which will allow us to continue this work through 2019,” Peter said.

The rescue team collected 50 fish to start their captive community.

Collaborators at Luciano Beheregaray’s Molecular Ecology Lab at Flinders University advised on the pairing of the fish to maximise on genetic diversity; the fingerlings were bred at the University of Canberra.

“We could breed them here at UC, but we didn’t have the facilities to raise large numbers of them to a larger size. And it’s too cold for them in Canberra anyway,” Peter said.

So a new generation of baby rainbowfish found themselves shipped off to James Cook University (JCU) in Townsville, Northeast Queensland.

Jason Schaffer, a PhD student at JCU’s TropWATER took the fish under his wing, raising them to a size suitable for release into new habitats. Queensland Fisheries lent its support to the project, by providing quick approval for the necessary permits.

Karl Moy, then a Masters student and research assistant at UC, got involved in the project in late 2016, when the fish were ready for release.

He travelled to the Mount Zero-Taravale sanctuary, owned by the not-for-profit Australian Wildlife Conservancy, scouting the best areas for release – and settled on the Puzzle and Deception creeks.

Not too far from where Running River Rainbowfish lived, these creeks were separated from it by waterfalls. The team hoped that this would provide a safe home, which the Eastern Rainbowfish would be unable to invade.

Just over a year after Peter had first realised that the Running River Rainbowfish were in danger of extinction, the team began the translocation of the captive-raised community. In the end, 4,000 rainbowfish were released.

Thankfully, the fish started reproducing as soon as they got into the wild and quickly built up in numbers.

And so, a fistful of researchers, supported by enthusiastic amateurs from around the world, have saved a species – a happy ending (and new beginning) for the Running River Rainbowfish.

But Peter and his team have other species in their sights, knowing that the same threat of hybridisation with the persistent Eastern Rainbowfish poses a very real threat of extinction.

“A similar fate is threatening other Queensland Rainbowfishes, such as the Malanda Rainbowfish and Lake Eacham Rainbowfish on the Atherton Tablelands,” Peter said. “We’re doing what we can to try to conserve the species. Stay tuned.”

Power in agriculture: Is gender identity the key?

PhD candidate Jane Alver shares her thoughts on gender identity and its power in the agricultural sector ahead of the Seeds of Change Conference.