17 May 2022: Three University of Canberra students have presented their research projects and ideas following their time under the mentorship of ACT Government Architect Catherine Townsend, as part of the annual Alastair Swayn Internship.

The Alastair Swayn Internship was established following the prominent architect’s death in 2016.

Director of Daryl Jackson Alastair Swayn and member of the Board of Directors at the Alastair Swayn Foundation Alisa Moss said the internship is an opportunity for young perspectives to be heard by government.

“Planting that seed and getting early engagement from the younger generations and younger minds is beneficial for all involved,” Ms Moss said.

“For the students, it’s exposure to stakeholders, for the ACT Government, they get new, fresh ideas – and for the foundation it’s continuing to celebrate and enhance design.” 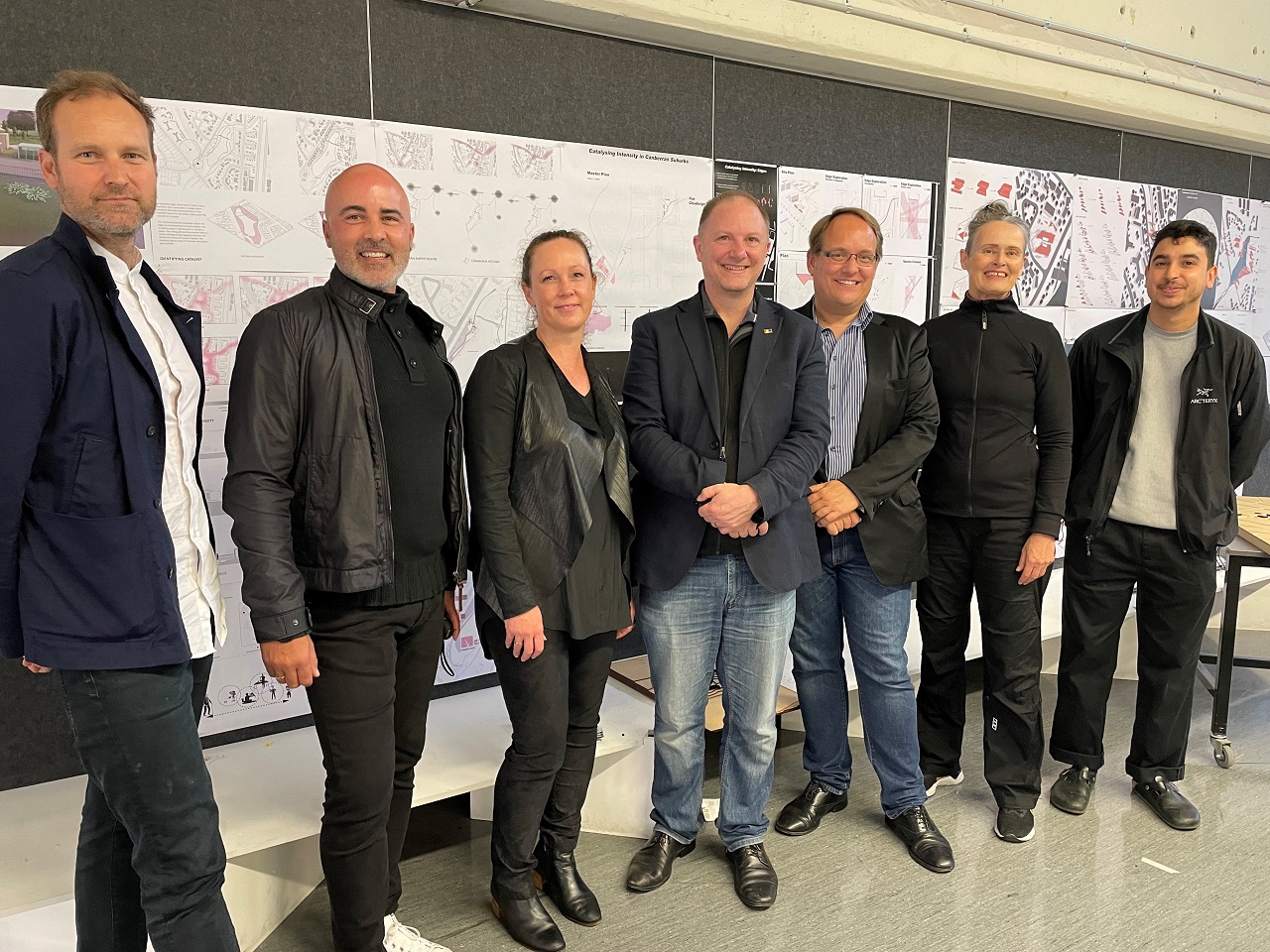 The 2021/22 recipients – Cassidy Baas, Marko Torbarina, and Daniel Sandford wrapped up their time on their projects by presenting to the ACT Government’s Environment, Planning and Sustainable Development Directorate, and have been invited to present again to all sitting members of the Legislative Assembly.

Mr Sandford’s project focused on the feasibility of the ACT Government’s 30 per cent canopy cover target.

“I looked at strategies that could be used to help mould our suburbs into greener spaces – like the battle axe blocks and laneways that you might see in a suburb like Curtin,” Mr Sandford said.

“If the ACT is going to continue rolling out new suburbs, we need to improve the amount of plantable space and the number of trees in the environment.”

The internship was a chance to make a difference in his own community, Mr Sandford said.

“It’s an opportunity to do some research that genuinely has an impact and might really change the direction of Canberra – hopefully for the better.”

The internship will continue in 2022 and 2023, with the recipients for the next program announced in coming weeks.