A shift to digital: how Australians filter misinformation during crisis

24 March 2022: Researchers from the University’s News and Media Research Centre (N&MRC) have collaborated with the Australian Communications and Media Authority (ACMA) in a research project revealing Australians’ access to and consumption of news, information, and misinformation during the COVID-19 pandemic.

The findings, intended to understand the impacts of misinformation on news consumers, revealed that people are exposed to an overwhelming amount of content through both traditional and online media.

Additionally, it was found that while social media use is increasing, it does not spread equally among different groups of the population, and only a subset of users will like, comment, or share content.

“There were a number of findings within the report that were surprising, including the uneven reach of misinformation,” said Professor Kerry McCallum, News and Media Research Centre Director.

“The study also revealed that there is no consensus on who is responsible for mitigating the spread and impact of misinformation.”

“Rather, participants expressed a genuine concern about where responsibility for combatting social media misinformation lies, and a lack of trust in the institutions responsible.” 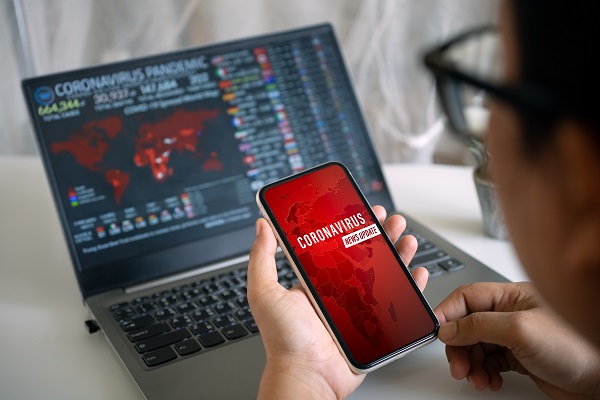 The report also showed that most people were confident about their own resilience to misinformation, but expressed a range of concerns about the vulnerability of others.

Participants were also aware of many of the measures taken by online social media platforms to reduce misinformation for users.

“More than half of Australians were aware that social media or online platforms are removing misinformation,” said Professor Sora Park, lead author on the report.

“52 per cent were aware that potentially false or misleading information was being labelled as such, and around the same amount of people knew they have the opportunity to report incorrect information.”

With the increase in popularity of online and social media sources of news, Professor McCallum says it’s become vitally important to understand how audiences react to crises (such as the COVID-19 pandemic or economic downfalls), and where they seek information and guidance from during those times.

“Despite an increase in news consumption during national and global crises, there is a fundamental crisis in the trust people place in news, public institutions, and society in general,” she said.

“Both the survey and focus groups revealed a generalised anxiety and loss of trust in public institutions.”

In the context of COVID-19, survey respondents and focus group participants reported a heightened trust in health and scientific experts.

80 per cent of Australians are most trusting of scientists, doctors and health experts, and least trusting of news on social media (22 per cent).

Both research phases of the report were informed by the N&MRC’s long-term digital news consumption project, the Digital News Report: Australia.