11 September 2020: A University of Canberra researcher’s ground-breaking work to identify biomarkers in the eye – which may predict the likelihood of vision loss for Type 2 diabetes patients – saw him become a grant awardee at the recent 2020 Diabetes Australia Research Grant Awards.

Clinical Assistant Professor Dr Faran Sabeti, from the University’s Faculty of Health, received the one-year General Grant of almost $59,000 earlier this year, with the official awards ceremony held virtually yesterday. The Diabetes Australia grants are meant to support leading research in the fields of diabetes prevention, management and treatment. 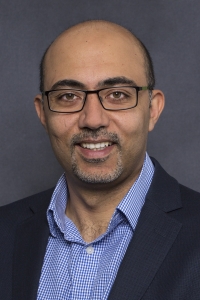 “The number of people with Type 2 diabetes is rapidly growing in Australia and expected to double by 2025,” Dr Sabeti said. “This will greatly impact both an individual’s quality of life and their productivity during their middle ages.”

Dr Sabeti says that the current medical approach to diabetic eye care is to look for signs of vascular change and inflammation – which may lead to vision loss – in the blood vessels of the eye.

“The severity of the damage is then graded, and managed with injections, retinal photocoagulation or stronger hypoglycaemic control – however, this approach only manages damage after it has occurred.”

As part of a larger project in collaboration with the Australian National University (ANU), Dr Sabeti’s study is looking at ways of predicting the risk of diabetes-related damage to the eye before it actually happens, a first step in possibly preventing vision loss. “In this way, we can identify, monitor, and potentially even begin therapies to address this before a patient suffers from vision loss,” he said.

“The study will utilise a multifocal objective pupil perimeter, created with my collaborators at ANU. The device has previously shown high sensitivity to identify potential biomarkers in a person’s vision that indicates a patient’s response to therapy.”

Functional biomarkers are objective, quantifiable measures that capture how well the eye works, and may be used to identify eyes at risk of vision loss.

The team has already published several papers on the diagnostic accuracy of the device, which measures how well a person’s eye responds to light.

“There are two measurable aspects of eye health that we work with,” Dr Sabeti said. “One concerns the structure of the eye itself, while the other concerns how well the eye works. There is evidence that suggests that changes in function occur in advance of structural changes.

“Technology measuring various aspects of eye structure has developed significantly in the last decade, but measurements of how well the eye works have not advanced as quickly.” 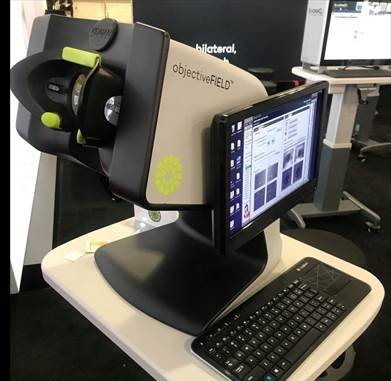 The multifocal pupil perimeter was developed to advance the measurement of retinal and cortical dysfunction.

“The device measures how well the pupil responds to light, and a very sophisticated pair of cameras measure the size and speed of pupil contraction in both eyes at the same time in under five minutes,” Dr Sabeti said.

The device is Food and Drug Administration (FDA)-approved and is currently being commercialised in the United States.

The study results from the Diabetes Australia grant will be released in mid-2021.

Dr Sabeti says that this study captures the spirit of the innovative, dynamic research being conducted at the University.

“One of our strengths is that we look at translational research, applying neuroscience research into a clinical setting,” he said. “We have a strong track record of collaboration in the Faculty of Health. In fact, we are just about to start another clinical study – a world-first trial to look at the safety profile of a topical myopia control agent, developed by the Faculty of Science and Technology at the University of Canberra.”

Executive Dean of the Faculty of Health, Professor Michelle Lincoln says that this recent grant is a further example of the impact of the research at the University.

“Not only are we delivering high quality education in vision science and optometry, we are developing a strong research profile,” she said. “The Faculty of Health at UC is known for collaborative, impactful research that makes a difference to the lives of individuals and their communities.”