18 September 2020: University of Canberra’s Centre for Deliberative Democracy and Global Governance (CDDGG) is the first Research Centre to explore the idea of directly representative democracy in Australia by organising online and face-to-face Town Halls, which will bring together the constituents of the Australian Electoral Division of Fenner with their elected representative, the Hon Dr Andrew Leigh MP on 20 and 21 September.

The Town Halls are part of the ‘Connecting to Parliament’ project, a non-partisan, research-driven collaboration led by the CDDGG together with Dr Leigh and the Institute for Democratic Engagement and Accountability (IDEA) at The Ohio State University in the United States.

Dr. Selen Ercan, Associate Professor at UC's Institute for Governance and Policy Analysis (IGPA) and a member of the project team said: “we tend to assume that Members of Parliament are already connected to their constituencies and wish to seek their input on important issues, yet, the reality is far from this ideal. Connection between citizens and their elected representatives is not a given. Building meaningful connections requires a lot of work and goodwill. These deliberative town halls can offer a promising pathway to strengthen this connection.” 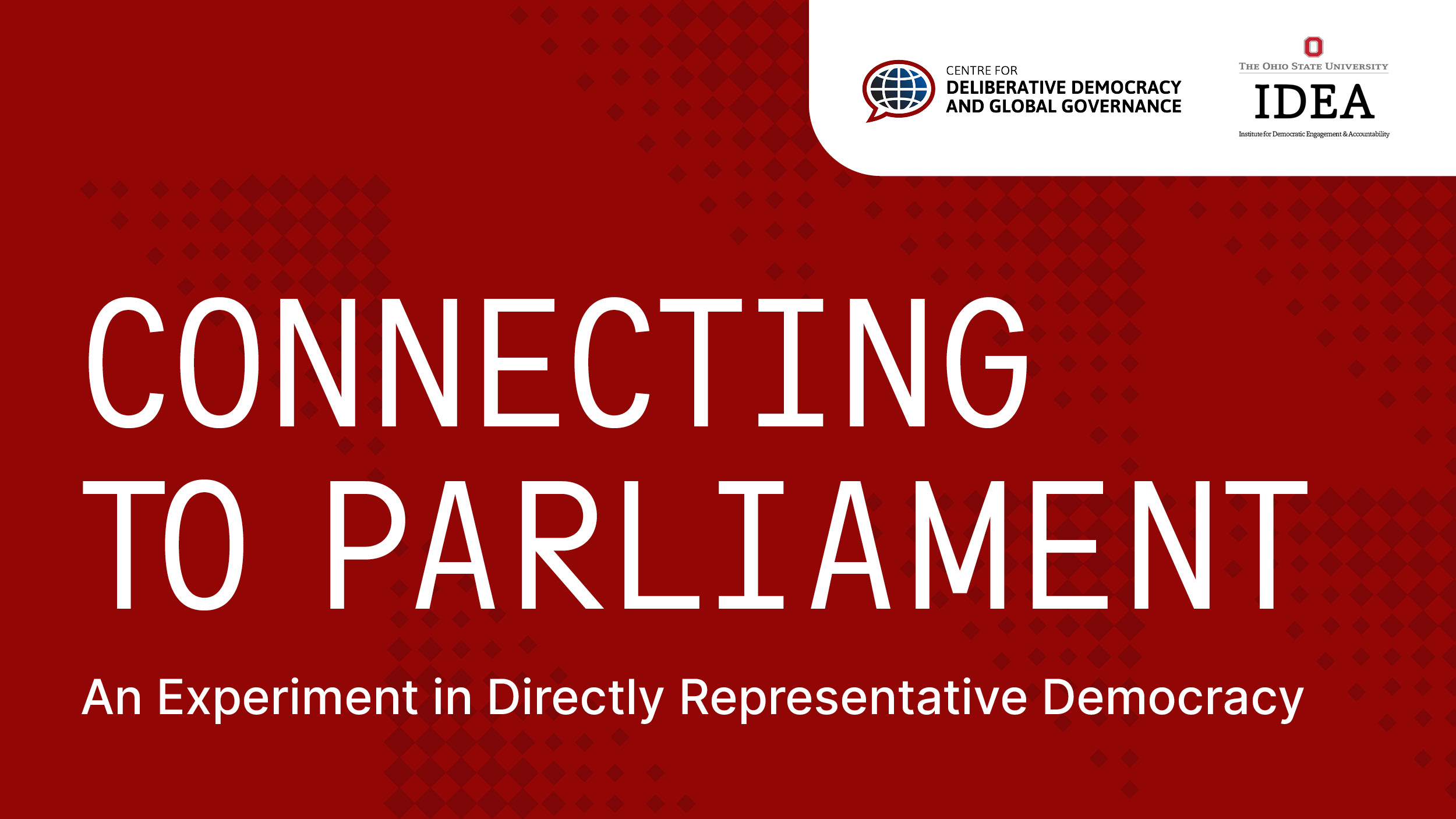 The project aims to open up the decision-making processes to citizens and help to improve the connection between citizens and their elected representative.

Inspired by the Connecting to Congress project in the United States, where sitting members of Congress met with their constituents via online deliberative Town Hall meetings to discuss important policies, this project aims to allow citizens to make more informed decisions and restore peoples’ trust in politicians and political institutions.

“Dr Leigh saw the tremendous benefit of Town Hall meetings initiated in the American Congress and believed that replicating the system in Australia could benefit Australian citizens by helping them have a voice in matters of parliamentary debate,” said Professor John Dryzek, Director of the CDDGG.

“He believes that voters’ voices are essential in every aspect of policy making and can assist with bringing citizens closer to government.”

Attendance is limited to citizens in Fenner who are sent a letter to register their interest in participating and will be asked to participate in a survey both before and after the Town Hall meetings.

The topic to be discussed in the Town Hall is mitochondrial donation, which is currently banned in Australia. Mitochondrial donation is an assisted reproductive technology that might help prevent certain rare mitochondrial diseases by reducing the risk of a child inheriting the disease from a woman carrying genes that cause the condition.

Later this year, there will be a conscience vote in the Australian Parliament on whether to remove the prohibition on mitochondrial donation. The Town Hall discussions will guide how Dr Leigh will vote on this issue in parliament.

Professor Dryzek maintains that the Centre seeks to understand how elected officials engage with their constituents and integrate constituents’ feedback into their representational pursuits.

“Despite the momentum of deliberative democracy in Australia, this Town Hall meeting is a first to increase citizens’ voices on issues subject to parliamentary debates, where diverse views will be extensively shared,” he said.

Dr. Nick Vlahos, another member of the project team from the University of Canberra, said the project is unprecedented in that Australian constituents will determine how their representative will vote on an issue as a direct result of the public Town Hall conversations.

“The Connecting to Parliament project team believes this will shed light on how we can adapt civic engagement formats used across the world and determine if democratic innovations like this can become commonplace in Australia,” he said. “It is also a great opportunity for the University of Canberra to work alongside the local community.”

The Connecting to Parliament Town Hall meetings will be held online on 20 September and face-to-face on 21 September at the University of Canberra.

* Chioma Madubuko is a UC Postgraduate student and currently an intern with the University of Canberra's Institute for Governance and Policy Analysis.