UC researcher searches for the sweet spot in human-robot interaction

9 December 2020: When it comes to human-robot interaction, do human comfort levels automatically go up when the robot has a face?

University of Canberra Higher Degree by Research (HDR) student Neelu Gurung is on the case, hoping to illuminate – and ultimately facilitate – human-robot interaction (HRI) by furthering that discussion.

Ms Gurung, working within the Faculty of Science and Technology, says that many people have some level of fear of robots, which can be influenced by many factors – including the context in which those robots are found.

“Industrial robots, for instance, tend to be more widely-accepted – because they perform set tasks and are found in industrial settings, not in your house,” she said. But a robot in the corner of your living room can spark unease.

“Rather than  being considered just tools, robots are perceived to have more of a sense of agency – and that can cause fear,” said Associate Professor in Robotics and Art Dr Damith Herath, who is co-supervising Ms Gurung’s research with Faculty of Health Senior Lecturer Dr Janie Busby Grant. 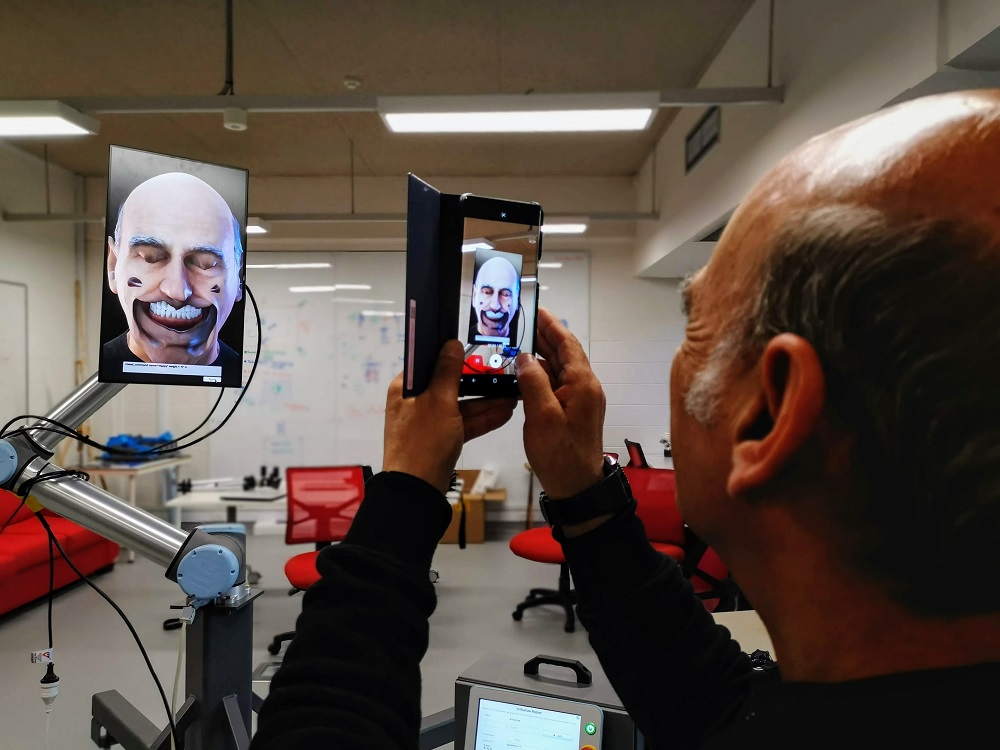 Making a robot humanoid can diminish that fear – but make it too human, and it can cause unease and anxiety as well. This is the conundrum of the “uncanny valley”, a concept introduced in the 1970s by Professor Masahiro Mori of the Tokyo Institute of Technology in Japan.

As she delves into the uncanny valley herself, Ms Gurung has devised a series of systematic and randomised trials, to see how people react to robots with and without faces – as she looks for an HRI sweet spot.

“My work investigates the nature of communication itself, to see how communication and interaction between humans and robots can be improved – to find the vital equilibrium point in HRI,” Ms Gurung said.

This research is important for several reasons, says Dr Herath.

“Robots are progressively found in everyday human spaces – and that is only going to increase further into the future,” he said.

“We really need to find a way to increase understanding of how to work with them, and to come up with an interface that is useable, relatable and user-friendly. This study is a significant step towards that.”