4 September 2019: The role of technology in sport is continuously evolving as athletes, coaches and organisations strive to optimise performance, and to explore how innovation and technology can impact injury prevention, rehabilitation and recovery.

The very first Sports Tech Collaborative Innovation Day at the University of Canberra focused on maximising opportunities for the real world application of sports technology, and with Canberra as a base, commercialising and scaling it up globally.

Petr Adamek, the CEO of the Canberra Innovation Network said that there is great talent to tap into in Canberra, as well as a good co-location of institutions interested in sports science, research and commercialisation of technology.

“We’ve got some great companies – start-ups that are operating maybe from a workshop in Mitchell – but their technology is cutting-edge and exists around the world,” he said.

“Some of the best teams in the world are using the best technology, but these stories are not known. So we wanted everyone to come together to be able to collaborate and learn, and help each other to be more successful on the international stage.”

The University plays an exciting role in sports innovation and the collaborative initiative. 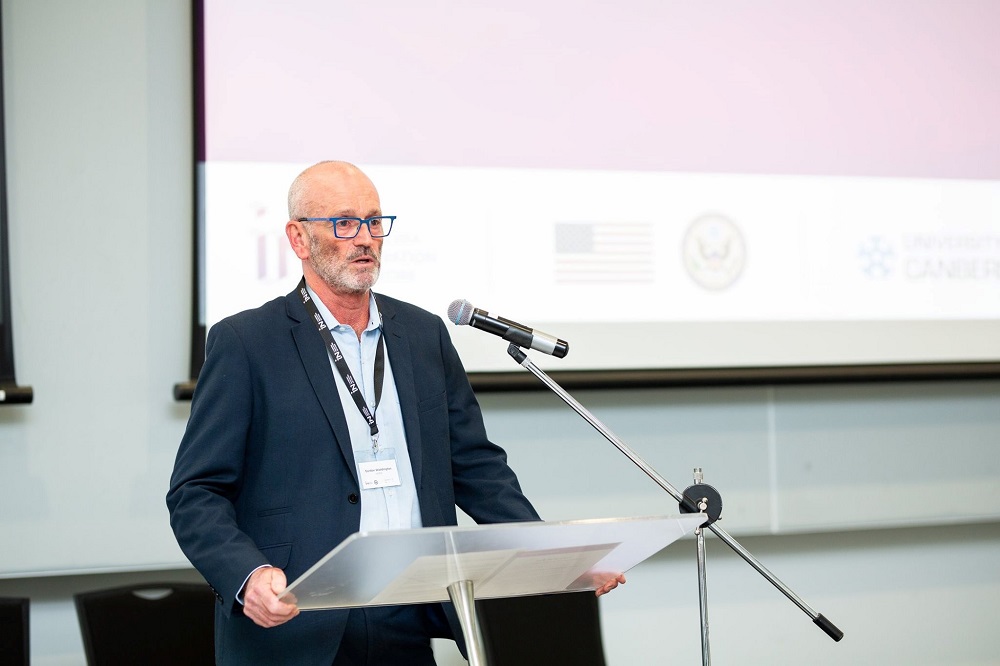 Director of the University of Canberra’s Research Institute for Sport and Exercise (UCRISE) and UC AIS Professor of Sports Medicine Gordon Waddington says “UCRISE is able to assist local entrepreneurs in doing the bench testing that allows us to really strongly support the sports technology innovation area here in the ACT, by providing feasibility assessment in our biomechanics and environment human performance laboratories.”

Professor Waddington says that there are many examples of the role played by UCRISE in assessing the feasibility of new technology.

“For example, we can put you in an environment chamber, run you the equivalent of halfway up Mount Everest on a very hot and humid day, and see how your new sports shoes or clothing works in the stress of that environment,” he said.

Collaborative Innovation Day participants worked in teams to identify new opportunities including how to lift the profile of the Canberra sports tech industry in the biggest sporting market in the world, the United States.

Some of the technological innovations discussed included sensors implanted in mouth guards to determine whether a player has suffered a concussion based on the measured force of a collision, and sensors in players’ jumpers to map their effort and heart rates in real time during games.

The event also demonstrated how the Canberra sports tech industry can work with and leverage on the expertise of existing research and sporting institutions in the ACT, such as the University of Canberra.