Contact us Maps
In this section
Faculty of Business, Government and Law
Print this page

Brent Thompson, Simon Hall and James Stavridis won the David Hunter Award for the team prevailing in the oral arguments of the 10th Willem C. Vis International Commercial Arbitration Moot in Hong Kong. Simon also received an Honourable Mention in the Best Oralist category, being ranked 7 out of the 199 competitors. Competing against 92 other teams from 27 different countries, and pleading against Westfalishe Wilhelms-Universitat Munster in the final, UC was declared winner by the final panel composed of reputed arbitration professionals Hew Dundas, Edna Sussman and Jingzhou Tao. Being the third Australian team to ever win this competition makes this achievement very valuable to us. Being a very young participant (only the second team of the university) and one of the smallest teams to participate (with only three members) makes the success even bigger. Through their achievement, these three young 'ambassadors' have put UC, and contributed to Australia's growing presence on the map of international arbitration. 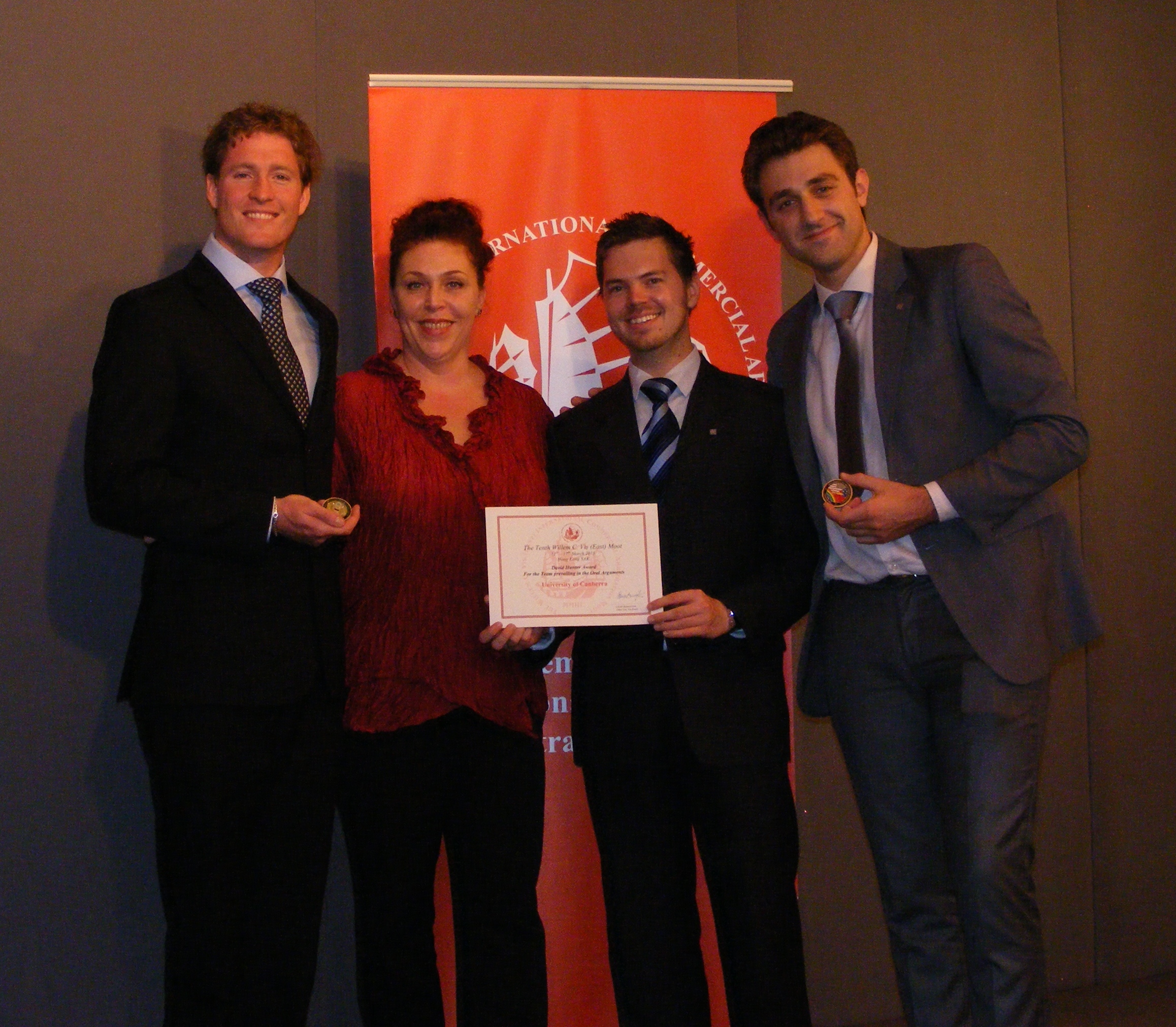 Thilini Perera, Elle-Jane Fittler, Karen Gomes Teixeira and Angela Yu ranked the UC team 29 out of the total 90 competing universities. The team received an Honourable Mention for the Memorandum for Respondent. Thilini and Elle were also each awarded an Honourable Mention in the Best Oralist category, being ranked 19 and respectively 29, out of the 190 competitors. With the name os UC being announced three times at the award banquet, the girls achieved more at this competition than any first team before. 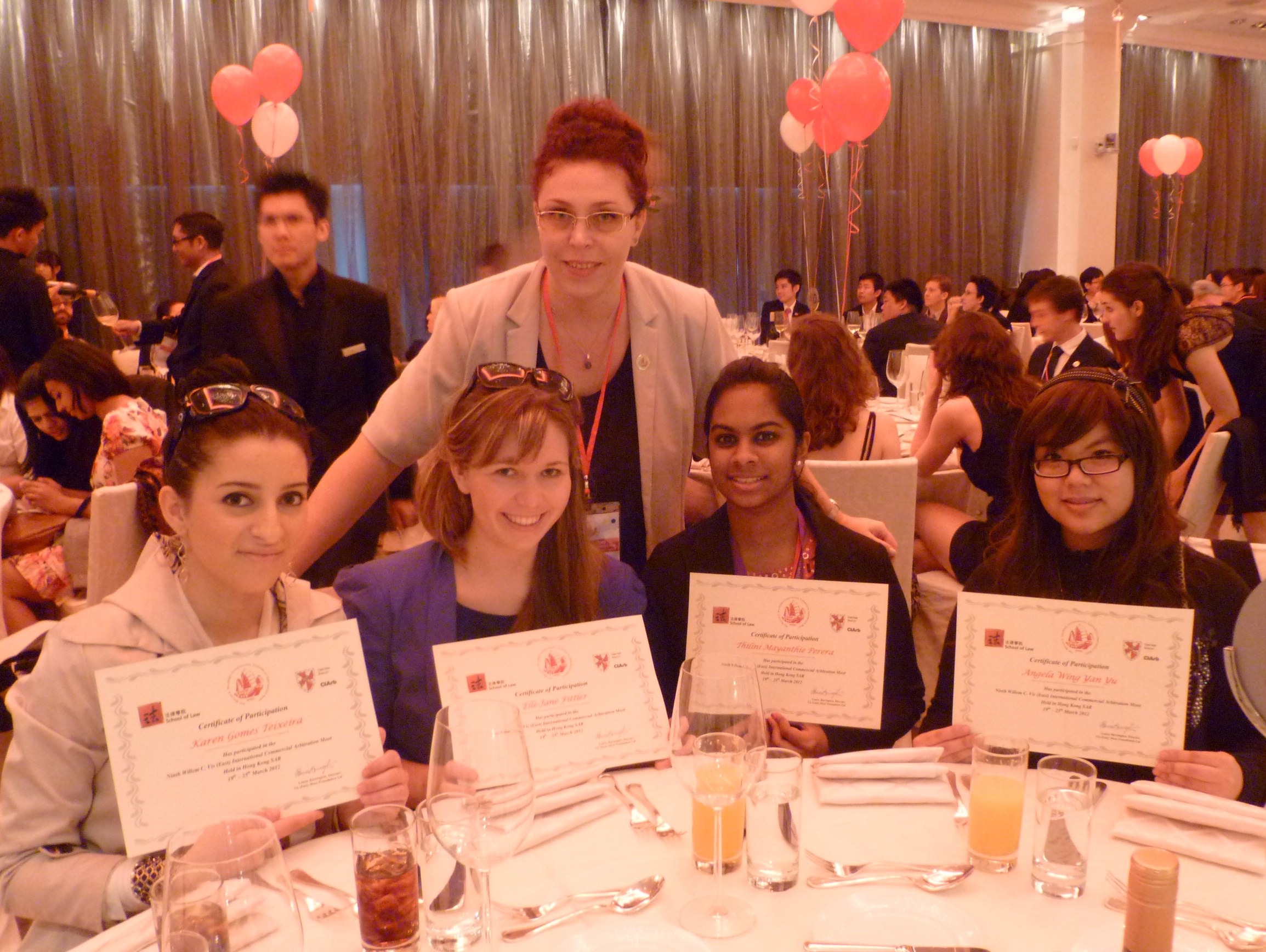